1757-1830. Born in Bloomfield, County Cork, Ireland, he was the son of Edmund Nagle, and a second cousin maternally of Edmund Burke, the eminent politician. He was orphaned at the age of six by the death of his father and was subsequently brought up by his uncle, Garret Nagle, and by Burke. 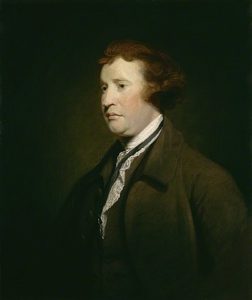 Nagle was the nephew and ward of the brilliant politician, Edmund Burke

Nagle passed his lieutenant s examination on 7 May 1777, and on 25 October was commissioned to the store ship Greenwich, Commander Christopher Rigby, going out to serve in North American waters. During 1779 he was employed in the North Sea aboard the Siren 24, Captain Edmund Dod, and returning to the North American station he saw duty aboard the Warwick 50, Captain George Keith Elphinstone, from 1780-2.

After a short period in command of the brig Polecat 14 he was promoted commander of the brig Racoon 14 on 1 August 1782, although this vessel was captured off the River Delaware by the French frigates Gloire 32 and Aigle 40 on 4 September. His captivity did not last much longer than his period in command however, for on 15 September the Aigle surrendered to Elphinstone s squadron. He was later appointed to the ex-French privateer Duc d Estissac 16, serving on the Jamaican station, and on 27 January 1783 was posted to the Spanish-built Grana 24, which he brought back to England and paid off in January 1784.

After remaining out of employment for the remainder of the peace Nagle commissioned the frigate Active 32 in January 1793 with orders to bring a convoy in from Ireland, and then to cruise. In January 1794 being in company with the Melampus 36, Captain Isaac Coffin, they were forced to flee from a French squadron of six frigates and a cutter to the south of Portland whilst sailing to join a squadron forming under Sir James Wallace of the Monarch 74 at Plymouth.

Transferring to the brand new Artois 38 in July 1794, he served under the orders of Commodore Sir John Borlase Warren or Commodore Sir Edward Pellew on the coast of France, being present on 23 August at the destruction of the Volontaire 38. On 21 October his frigate out-sailed Pellew and the rest of the squadron off Ushant to bring the Révolutionnaire 44, Captain Henri Alexandre Thévenard, to action. The French vessel was a new large frigate on her first cruise with a raw crew, but although she fought gamely under the Artois’ onslaught her men refused to obey the orders of their officers when the rest of the British squadron came up, thereby allowing Nagle to receive her surrender after a forty minute engagement. Casualties in the action numbered three killed and five wounded on the British side and eight killed and five wounded on the French, and on returning to England Nagle was knighted in honour of his victory.

During his command of the Artois both Captain Hon. George Byng in 1794 and Captain Thomas Byam Martin in early 1795 temporarily replaced Nagle when he had business ashore or was ill. He was back in command by the time of Commodore Warren’s expedition to Quiberon Bay in the summer of 1795, and on 20 March 1796 was with Warren’s squadron when it took the storeship Etoile 24 and several French ships out of a convoy off the Pointe de Raz in what was otherwise a disappointing action against the convoy’s escort. He was also with Warren’s squadron at the destruction of the French frigate Andromaque 36 on 24 August 1796, took the privateer Franklin 12 on 2 November, and was present at the destruction of the Calliope 36 on the Penmarcks on 17 July 1797. His commission came to an end when the Artois was wrecked after striking a rock at high water off La Rochelle on 31 July, her crew being rescued by other ships from the squadron. 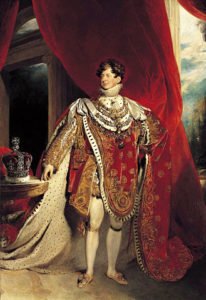 In August 1798 Nagle married Mary, the wealthy widow of John Lucie Blackman of Craven Street, London, and this union had no little impact on his subsequent career, as he had become too rich to contemplate full-time service. For a brief while during 1801-2 he did command the Montagu 74, and he then had the Juste 80 for a short cruise from Portsmouth to Ireland before returning to the former port in early January 1802. Although this vessel was still fitting out in March Nagle did not take her to sea again.

On the resumption of hostilities in 1803 Nagle was placed in command of the Sussex Sea Fencibles, and after establishing his headquarters at Brighton he made the acquaintance of the Prince Regent, becoming a member of his inner circle.

He was promoted rear-admiral on 9 November 1805, and in early 1807 succeeded Vice-Admiral Sir James Saumarez as commander-in-chief in the Channel Islands, taking passage in the Spartan 38, Captain George Astle, and also flying his flag on the frigate Inconstant 36, Captain Edward Stirling Dickson. In August Saumarez returned to the post, only to be given the Baltic command in the following January, whereupon Nagle was again appointed to succeed him with his flag on the Diomede 50, Captain John Sykes.

Nagle returned to Portsmouth in November 1808 aboard the Brilliant 28, Captain Thomas Smyth, in order to take up the position of commander-in-chief at Leith with his flag on the Adamant 50 commanded by Captain Sykes. After his promotion to vice-admiral on 31 July 1810 he left his post at Leith two months later.

At the end of 1812 he was appointed the commander-in-chief of Newfoundland with his flag destined for the Antelope 50, Captain Edward Hawker, but in the event Vice-Admiral Sir Richard Keats assumed this position.

In 1814 Nagle was an aide-de-camp to the Prince Regent during the visit of the allied sovereigns to Spithead, on 2 January 1815 he was created a K.C.B., and on 12 August 1819 he was promoted admiral. Following the accession to the throne of the Prince Regent in 1820 he was appointed a groom of the bedchamber, and he retained his role as a regular companion to the new king thereafter.

He did not have any children from his marriage to Mrs Blackman.

A favourite of the Prince Regent, Nagle was valued for his good humour, his thorough Irishness , and his spinning of yarns. A simple, frank man of a pleasant disposition, he became the subject of many of the outlandish Prince s practical jokes, so much so that Sir Thomas Byam Martin labelled him a Court buffoon .