Raynor was commissioned lieutenant on 26 February 1757 and promoted commander of the sloop Swift 14 on 1 July 1766. In September 1767 he sailed for the newly claimed Falkland Islands where he was the senior officer and spent two winters on patrol with the Tamar 14, Commander Anthony Hunt, before departing in early February 1769 to reach Plymouth in May and be paid off. 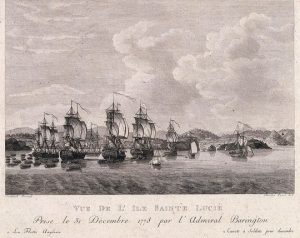 The fleet engagement off St. Lucia in 1779

He was posted captain on 26 July 1775 and recommissioned the Chatham 50 as the flagship of Rear-Admiral Molyneux Shuldham, sailing in October for North America and retaining her until exchanging with Captain Tobias Caulfield into the Bristol 50 in September 1776. During this period he superintended the landing of the Army on Staten Island in the New York campaign of July – October. In the autumn the Bristol sailed for Halifax to repair the damage she had incurred at the unsuccessful attack on Charleston before Raynor had joined her, and on 1 March 1777 she arrived at Portsmouth having given passage home to Vice-Admiral Lord Shuldham and several senior army officers.

Continuing with the Bristol, Raynor set sail with a convoy from St. Helens on 8 July 1777 and reached New York in September. He then joined the fleet in the Delaware before sailing north to Rhode Island. When Rear-Admiral Sir Peter Parker was despatched to command the Jamaican station at the end of the year he took the Bristol as his flagship and Raynor was instead appointed to the Isis 50, lately vacated by Captain Hon. William Cornwallis who was to go home with dispatches. He subsequently served with Vice-Admiral Lord Howe’s fleet in the defence against the French fleet of New York during July and of Rhode Island in August. Following the latter action his ship was chased for some hours and engaged in heaving seas by the César 74, flying the flag of the famous explorer, Rear-Admiral Louis Antoine, Comte de Bougainville. On the point of what appeared to be an inevitable capture Raynor was able to cross the Frenchman’s bows and engage her from to leeward in the knowledge that her lower deck guns could not be ran out. The ensuing ninety-minute engagement saw the French wheel shot away, and the César was eventually obliged to run before the wind to make good an escape from her smaller adversary. One contemporary commentator claimed that this action was as memorable as any seen in the Navy’s history hitherto.

The Isis later joined Commodore William Hotham’s reinforcements for the Leeward Islands, which sailed from New York in November 1778. She took part in the Battle of St. Lucia on 15 December and having returned to Plymouth at the end of July with the trade Raynor commanded the Isis during the Channel Fleet retreat of August 1779. At the end of the month he set off from Plymouth with the Isis and three frigates under his command in search, it was assumed, of a French convoy of victuallers.

In February 1780 Captain Raynor was appointed to the new Inflexible 64, which was on the stocks at Harwich, and which was launched in March to go down to Blackstakes for her ordnance in May. Sadly, he died three days after putting to sea on 25 August.