On 12 June a fleet of men-of-war and one hundred and twenty transports carrying General Sir William Howe’s army left Halifax in Nova Scotia and sailed south. Vice-Admiral Molyneux Shuldham, who having only replaced Vice-Admiral Samuel Graves on 27 January was about to be superseded by Vice-Admiral Viscount Howe as commander-in-chief in North American waters, commanded the naval element of the fleet. Their destination was New York, the major North American port and business centre, a city that contained a high percentage of loyalists, and which had a large natural harbour that could accommodate the British fleet at anchorage. It was also a base from which the Army could launch an assault up the Hudson River to join with British forces that were attempting to work their way southwards from Lake Champlain and Canada, thereby cutting off the rebellious New England states.

The Americans had long been expecting an assault on New York and had reinforced their batteries on Manhattan, built forts on both sides of the Hudson River, dug in on the Brooklyn Heights, and prepared the defence of Long Island, from which high ground it was expected that the British assault would take place. However, it was on the outlying Staten Island that General Howe, who had arrived four days before his army in the fast frigate Greyhound 28 on 25 June, made an unopposed landing of his troops on 3 July under the cover of the guns of the Chatham, Rose, Swan, and Senegal, the landing being superintended by Captain John Raynor of the Chatham and Commander Roger Curtis of the Senegal. 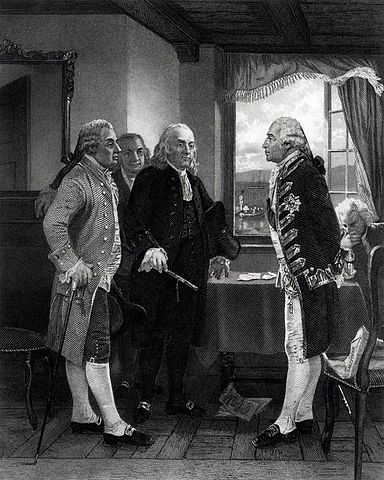 After securing his base, General Howe settled down to await reinforcements from home. On 12 July, the day that Vice-Admiral Lord Howe arrived aboard the Eagle 64, having sailed firstly for Boston and then to Halifax, a squadron led by Captain Hyde Parker was sent to up the Hudson River to cut off supplies and communication to the city of New York.. This force consisted of the Phoenix 44, Rose 20, schooner Tryal, and two tenders. Only on 16 August was General George Washington, the American commander-in-chief, able to drive them away, a fireship and galley attack destroying the tender Charlotta and almost accounting for the Phoenix.

Meanwhile, there had been a lull in proceedings whilst the cautious Howes baulked from taking further belligerent action. A substantial element of their role was to act as peace commissioners, not least because their own political views were that a compromise should be reached with the colonists, for whom they harboured a great deal of respect. For a month the brothers negotiated with the rebel leaders at their own headquarters on Staten Island, but failed to come to any settlement. All the while the force at their disposal grew in strength. On 12 August Commodore William Hotham arrived from England with an eighty-five ship convoy carrying troop reinforcements from England, and two days later Commodore Sir Peter Parker and General Henry Clinton with three thousand men rejoined the fleet after their abortive attack on Charleston. Another arrival was a force of eight thousand seasick and weary Hessians which came in under the escort of Captain Sir George Collier’s Rainbow 44, having initially been sent to Halifax. The British now had thirty-four thousand troops available as opposed to eighteen thousand Americans.

With negotiations going nowhere, the Howes finally decided to act, and Hotham was charged with directing an amphibious assault on Long Island on 22 August. Some seventy-five flat-bottomed boats in nine divisions made the crossing to Gravesend Bay under the guns of the Phoenix 44, Greyhound 28, Rose 20, and bombs Thunder, and Carcass. The divisions of boats were commanded respectively by Captains George Vandeput, Benjamin Caldwell, Tobias Caulfield, Samuel Uppleby, Henry Duncan, Christopher Mason, Roger Curtis, Hon. Charles Phipps, and Lieutenant Samuel Reeve of the Eagle. By noon, fifteen thousand men had been landed, and by 27 August the American positions had been carried. Having retired to the Brooklyn Heights, the rebels were threatened to seaward by Parker’s force consisting of the Asia 64, Preston 50, Roebuck 44, and Repulse 32, although crucially these ships failed to come within three miles of New York. Two days later, Washington took advantage of a heavy fog and the failure of the British to close his escape route, and retreated uninterrupted across the East River with nine thousand troops to Manhattan.

Instead of immediately following up on their victory, the Howe’s leisurely consolidated it. Their inactivity was not borne out of a want of zeal, but rather through their concern at prosecuting the war too vigorously against the Americans. Again they opened negotiations, and not until 15 September did they commence further operations against the Americans on Manhattan. On this day, the Roebuck 44, Phoenix 44, Orpheus 32, Carysfort 28, and Rose 20 under Captain Hyde Parker bombarded Kip’s Bay, whilst the Renown 50, Repulse 32, Pearl 32, and schooner Tryal under Captain Francis Banks created a diversion in the Hudson River. Although these vessels were annoyed by four fireships, they were able to shift their anchorage and remain on station. The troops then crossed to Manhattan under Hotham’s superintendence at about noon, and without offering any great resistance Washington retreated. Indeed, one of the rebel bastions containing some sixty men even failed to fire on a four-oared boat which passed within ten yards of it, piloted by the volunteer Lieutenant Charles Knowles, and carrying no less a dignitary that General Clinton. Thus it was that New York easily passed into British hands.

In October the Howes launched another assault across the water to take the Bronx, at the same time occupying the coastline of New Jersey and thereby forcing Washington to retreat fifty miles north of New York to West Point. The occupation of New York by the British led to an influx of loyalists who remained there in comfort for the rest of the war. Not even a great fire which was ignited at various locations about the city by the rebels on 20 September, and principally at the southern end in order to take advantage of the prevailing wind, caused them too much discomfort, although it did destroy about a quarter of New York and drove Lord Howe and his officers to seek the Lord’s assistance at St. Paul’s Church the next day.

There was still mopping up to be done in the area by the Navy, and on 9 October Hyde Parker was charged once more with leading a small force up the Hudson. With the Phoenix 44, Roebuck 44, Tartar 28, and Tryal, he set out to clear away the American defences as far as the Tappan Zee. Unfortunately, the pilot he had embarked for the task failed in his duty, but Parker continued on his own initiative, sailing directly under the heavy rebel guns at Fort Washington and suffering casualties of nine men killed and eighteen wounded in the subsequent exchanges. His squadron captured two sloops, a schooner and two galleys before returning to the fleet, having also sunk another sloop on board of which was the infamous submarine ‘Turtle’ .