1762-1849. He was born in County Louth, Ireland, the third son of Rev. Dr. James Hawkins, the Protestant Bishop of Raphoe in County Donegal, and of his wife, Catherine Keene.

In 1773 Hawkins was entered onto the books of the sloop Ranger, Commander John Henshaw, which was based on the Irish station, transferring afterwards to the Plymouth guardship Kent 74, Captain Charles Fielding. On 4 July 1774 this ship was badly damaged by an explosion on her poop deck at Plymouth which caused numerous casualties.

He afterwards joined the Aldborough 24, Captain William Bennett, serving on the Newfoundland station where he removed to the schooner Canada, Captain Sampson Edwards. When this vessel was wrecked in a gale he was taken aboard the Romney 50, Captain Hon. George Keith Elphinstone, the flagship on the Newfoundland station of Rear-Admiral Robert Duff. He later rejoined Captain Fielding aboard the frigate Diamond 32 in which he served in North American waters, and on 4 September 1778 he was promoted lieutenant by Vice-Admiral Lord Howe after acting in that capacity for a short while aboard the Rainbow 44, Captain Sir George Collier.

After returning to England and joining the Amazon 32, Captain Hon. William Clement Finch, Hawkins served in the Channel during the following year prior to an appointment to the Sandwich 90, Captain Walter Young, the flagship of Admiral Sir George Brydges Rodney. In this vessel he participated at the Moonlight Battle off Cape St. Vincent on 16 January 1780, and at the subsequent relief of Gibraltar. Whilst the fleet was still at the Rock he was promoted to the command of the prize sloop San Vincente 14 on 10 February, later going out with Rodney to the Leeward Islands. 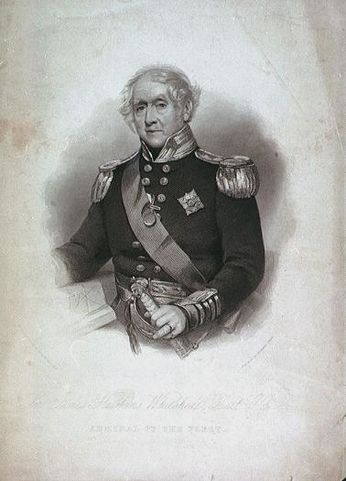 After witnessing the Battle of Martinique on 17 April he was posted captain the next day to the Deal Castle 24 as part of the re-arrangement of Rodney s captains, and he served in the Leeward Islands campaign from May-July. During the Great Hurricanes in October his command was driven from her anchorage at St. Lucia on to the coast of Puerto Rico, and Hawkins suffered a fever brought on by the subsequent exposure following her shipwreck. After two months imprisonment at the hands of the Spanish he was returned to Tortola in the British Virgin Islands, and upon being acquitted at the court-martial into his ship s loss he returned to England aboard a packet with despatches.

On 25 July 1781 Hawkins was appointed to the newly commissioned Ceres 32 in which he took General Sir Guy Carleton out to the North American station in April. He later brought that officer home in December 1783 prior to being paid off in the following February. In the meantime he had captured the America privateers Fox on 6 July 1782 and Matilda on 28 September.

From the spring of 1784 until paying her off in March 1786 Hawkins commanded the newly commissioned Rose 28 on the eastern coast of Scotland, and from 1786-9 he studied astronomy at Oxford University, and travelled to the Netherlands, Denmark and Russia with Captain William Bentinck, his future brother-in-law, in order to further his education. He and Bentinck also visited Revolutionary France, built a yacht to sail from the Texel to Hamburg, and spent some time living in Copenhagen, and such was the knowledge they gleaned that during the Russian Armament of 1791 the government sought to consult with them, along with Captain William Sidney Smith, as the leading naval authorities on the Baltic. Also in 1791, the year of his marriage, Hawkins took the surname of his maternal grandmother, Whitshed, under the terms of his cousin s will.

In the autumn of 1793 Whitshed was appointed to the thirty year-old Arrogant 74, recommissioning her at Chatham and serving under Rear-Admiral George Montagu in the Channel during the Glorious First of June campaign. In February 1795 he was with the Channel fleet which escorted a huge East India convoy to a safe latitude, but upon being advised that the Arrogant was also due to sail on to the East Indies he arranged a transfer to the Namur 90 in April, with Captain Richard Lucas replacing him.

He retained the Namur in the Channel until he was sent with Rear-Admiral William Parker to reinforce Admiral Sir John Jervis s Mediterranean Fleet in January 1797. On 14 February he fought at the Battle of St. Vincent, losing two men killed and five wounded, before returning home on leave. He then returned to serve in the Channel fleet aboard the brand new Ajax 74 from January to June 1798, and thereafter the Formidable 98 until February 1799.

Upon being promoted rear-admiral on 14 February 1799 Whitshed hoisted his flag in the Channel aboard the Queen Charlotte 110, Captain John Irwin, although he briefly reinforced Vice-Admiral Lord Keith with five sail of the line in the Mediterranean following the breakout of the Brest fleet on 25 April. In June he transferred his flag to the Barfleur 98, Captain Peter Puget, and from November 1799 he flew it aboard the T m raire 98, again with Captain Puget. In March 1800 Captain Edward Marsh became his flag captain, and Whitshed continued to serve in the Channel until 1801. Although he was then appointed to take over the chief command at Halifax he declined the offer due to the temporary termination of hostilities.

From 1803-7 he was the naval adviser to the lord-lieutenant of Ireland where he was responsible for the organisation of the Irish Sea Fencibles. He had been promoted vice-admiral on 23 April 1804, was a principal pallbearer at Nelson s funeral on 9 January 1806, and from the spring of 1807 until 1810 he was the commander-in-chief at Cork with his flag aboard the Trent 32, Commander Walter Grosett. On 31 July 1810 he was promoted to the rank of admiral, and on 2 January 1815 he was nominated a K.C.B.

Following the suicide of Admiral Sir George Campbell, Whitshed served as the commander-in-chief at Portsmouth from 31 January 1821 until 12 April 1824 with his flag aboard the Queen Charlotte 100, Captain John Hay. He was nominated a G.C.B. on 17 November 1830, awarded a baronetcy on 16 May 1834, and became admiral of the fleet on 8 January 1844.

Whitshed died at his residence in Cavendish Square, London, on 28 October 1849.

On 11 December 1791 he married Sophia Henrietta Bentinck, the daughter of Captain John Bentinck and a relative of the Earl of Pembroke. She was also the sister of Vice-Admiral William Bentinck, and the sister-in-law of Admiral Sir George Martin. The couple had issue two sons and four daughters. The eldest son, James Bentinck Whitshed, died when a midshipman whilst commanding a boat from the Berwick 74, Captain Edward Brace, in a cutting out attempt off Fr jus on 11 December 1813. The younger son, St. Vincent Keene Whitshed, married the daughter of Lord Erskine and succeeded to his father s baronetcy. In1811 Whitshed purchased the Holbrook Farm Estate near Horsham in Sussex.