Revelling in their capture of the rebel capital Philadelphia during the previous autumn, the British and their American loyalist allies were able to enjoy a socially-charged, relaxed and indulgent winter in the city, staging balls, theatrical productions and festivities the like of which had never been seen there before. Contrastingly, the American Continental Army encamped in desperately exposed conditions at Valley Forge some twenty-odd miles to the north and west of Philadelphia, was short of food, disease-ridden and losing so many men that by the end of the winter over two thousand would be dead. As the year turned, and having been unable to cause any discomfort to the British in Philadelphia, it became clear to the rebel commanders that a boost in morale was required.

Accordingly the innovative saboteur and Yale graduate David Bushnell, perpetrator of the submersible attack on Vice-Admiral Lord Howe’s flagship on 6 September 1776, was summoned to launch an attack on the British fleet anchored at Philadelphia in the River Delaware. He came armed with a new weapon in the form of a contact mine, consisting of a keg of gunpowder suspended beneath a float to give it buoyancy, which was to be ignited by a flintlock fuse and let loose on an ebbing tide with the intention of blowing up the enemy shipping. A similar primitive mine had already destroyed a schooner, the prize of the Cerberus 28, Captain John Symons, off New London in Black Point Bay on 13 August 1777 with three seamen being killed outright.

A prelude to the attack on the British fleet in Philadelphia occurred during the preceding week when two boys took to their boat to examine a keg in the river. Sadly they paid for their curiosity by being blown to smithereens when they attempted to haul the keg aboard. Thus warned, the British forces were on high alert when, early in the morning of 5 January, Bushnell floated over one hundred of these devices down river towards them.

Unfortunately for the Americans, the ice choking the Delaware prevented many of the kegs from reaching the city. Those that did make it through the ice floated harmlessly past the British ships that had previously been anchored safely away from the main channel in order to avoid being struck by the ice-floes that had been parading down river. In the event not one of the mines hit a British vessel. 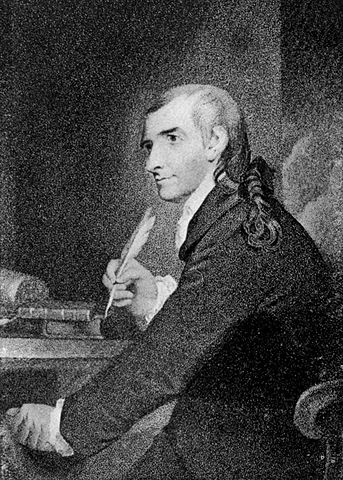 Even so, the assault generated a great deal of panic within the assembled shipping, and throughout a long day the sound of cannon fire echoed around the anchorage as the navy desperately attempted to blow the infernals up before they could find a target. Similarly there was a great cacophony of musketry from the shore as the soldiers followed their instructions to fire upon any piece of flotsam in the water, with not one piece of wood being allowed the assumption of innocence. The fusillade thereafter continued for several days longer until the British were sure of their safety.

The episode may not have inflicted any casualties amongst the British forces but their reaction did cause much amusement to the Americans, and the opportunity for an uplift in morale was capitalised upon by one or two ballads and a series of mocking newspaper articles, not least the following, which appeared in the New Jersey gazette:

The battle began and it was surprising to behold the incessant blaze that was kept up against the enemy, the kegs. Both officers and men exhibited the most unparalleled skill and bravery on the occasion; while the citizens stood gazing in solemn witness of their prowess. From the Roebuck and other ships of war whole broadsides were poured into the Delaware. In short not a wandering ship, stick or drift-log, but felt the vigour of British arms. The action began about sunrise and would have been completed with great success by noon had not an old market woman coming down the river with provisions, unfortunately let a small keg of butter fall overboard, which (as it was the ebb) floated down to the seat of the action. At the sight of this unexpected reinforcement of the enemy, the battle was renewed with fresh fury, and the firing was incessant until evening closed the affair. The kegs were either totally demolished or forced to fly, as none of them have shown their heads since. It is said his Excellency Lord Howe has despatched a swift sailing packet with an account of his victory to the court in London. On a word, Monday the Fifth of January 1778 must ever be distinguished for the memorable Battle of the Kegs.

It was not only the Americans who found the Battle of the Kegs amusing however, for although the naval commander-in-chief, Vice-Admiral Lord Howe, was not renowned for having a great sense of humour or fun his brother, the army commander-in-chief General Sir William Howe, was more than happy to indulge in merriment. So it was that when his men came to learn that the New Jersey Continental congressman Francis Hopkinson had composed a ballad of the affair, they delightedly seized upon the verses that ridiculed their popular leader and in particular his louche behaviour with his mistress:

Sir William he, snug as a flea,
Lay all this time a-snoring,
Nor dreamed of harm, as he lay warm,
In bed with Mrs. Loring.

Now in a fright he starts upright,
Awaked by such a clatter;
He rubs his eyes and boldly cries,
For God’s sake what’s the matter

As for David Bushnell, the brilliant young inventor later joined the Continental Army and was present at its pivotal victory over the British at Yorktown. Following the war he travelled to France before returning to his country and settling in Georgia. Here he became a teacher whilst indulging his fertile mind in the art of medicine. He died in 1824 in his seventieth year.