Kelly was commissioned lieutenant on 16 May 1776 and commanded the brig Hope 14 in North American waters with this rank during 1777-8. His vessel was fortunate to escape capture by a French fleet at the defence of New York in July 1778 when the Nova Scotia convoy she was bringing in was warned off by loyalist craft. He was later employed as a lieutenant of the Sultan 74, Captain Alan Gardner, seeing service in the Leeward Islands during 1779.

He was promoted commander on 7 April 1782 of the Blast 8 by Admiral Sir George Rodney in the Leeward Islands, although this appears to have been for purposes of rank only and he returned to England. Having been posted captain on 8 August 1783, he commissioned the Adamant 50 for the flag of Admiral Sir Richard Hughes in the Leeward Islands, sailing there from Plymouth at the end of November and remaining in the Caribbean until coming home and being paid off in September 1786. 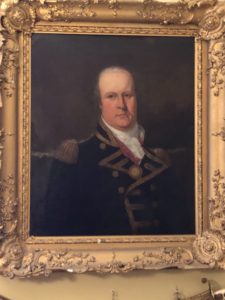 In the first few days of 1793, with war against France looming, Kelly commissioned the Windsor Castle 98 at Plymouth, a task he also completed with the St. George 98. On 4 April he was appointed to the frigate Solebay 32, and four days later he commissioned her at Plymouth. Going out to the Leeward Islands, his initial service proved to be far from happy, with correspondence from Antigua dated 28 September stating that the frigate had not yet captured a single enemy vessel. As the end of the year approached, the Solebay was severely affected by yellow fever, with almost all of her officers and up to two hundred of her crew succumbing.

Once he was able to replenish his crew, Kelly commanded the Solebay in the Leeward Islands campaign of January – December 1794, during which he led a battalion of seamen ashore at the reduction of Fort Bourbon on Martinique. By early April he was ill with a fever and was unable to superintend the landing of troops on St. Lucia, as had been intended. After the capture of the French frigate Pique 38 on 5 January 1795 by the Blanche 32, Captain Robert Faulknor, Kelly’s Solebay arrived on the scene and took the defeated vessel in tow to the Saintes, and in February she captured a sixteen-gun privateer which was sent into Barbados.

During the spring of 1795 Kelly removed to the Veteran 64 in the Leeward Islands, and in the late summer of 1796 he departed for England from St. Vincent with a hundred-strong convoy of West Indiamen and transports. His command separated in a gale at the beginning of September, and with her chain pumps in constant use and a fothered sail over a hole below the waterline, the Veteran eventually reached Plymouth on 20 September, at which time she had eight feet of water in her hold. Two months later, Kelly was presented to the King at St. James Palace to commemorate his return from his service abroad.

During February 1797 Kelly commissioned the French prize Juste 80, but he left her shortly afterwards, causing his erstwhile crew to demand his return in place of their new captain, Hon. Thomas Pakenham, when the Spithead Mutiny erupted on 16 April. In June he was appointed to the Gibraltar 80 whose crew had spurned their long-standing captain, John Pakenham, and his new command put out from Plymouth on 17 July under the orders of Vice-Admiral Lord Keith to join the Channel Fleet. In the following month she was attached to the Mediterranean Fleet under the orders of Admiral the Earl of St. Vincent, and she spent the next year off Cadiz and in the Tagus with that force.

The Gibraltar was present with the Mediterranean Fleet in operations following the breakout of the Brest Fleet on 25 April 1799, and on 11 October she departed Torbay from Plymouth. In February 1800 she sailed around to Plymouth from the Channel Fleet rendezvous in Torbay, having lost her rudder in a violent gale, and in proceeding up the harbour she hit a mudbank in Firestone Bay, although she happily sustained little damage despite remaining ashore until the high tide. After a brief period in Plymouth she rejoined the Channel fleet in June, collecting Lieutenant-General Sir James Pulteney’s troops from Vigo on 2 September and later sailing for Gibraltar. She was subsequently attached to Rear-Admiral Sir John Borlase Warren’s squadron that left its station at Cadiz to search for Rear-Admiral Honore Ganteaume’s force during that officer’s cruise from January – July 1801.

The Gibraltar remained in the Mediterranean after peace was declared, and although orders were sent down to Plymouth in July 1802 to prepare moorings for her in August, she then received further orders to continue in the Mediterranean. Having expected to return home her crew rose in mutiny in November, but being unable to gain support from the other vessels, the men could not prevent their officers from regaining control. Two ringleaders were found guilty of insurrection and executed aboard the Gibraltar, but the sympathetic Kelly allowed four others to go free without facing a court martial. As a result, he was himself court-martialled at Malta and dismissed his ship, being temporarily succeeded by Captain Thomas Briggs and then permanently by Captain George Ryves. He arrived at Gibraltar from Malta in March 1803 where the senior officer on the Rock, Commodore Sir Richard John Strachan, urged the Admiralty to rescind his removal, but with the intractable Earl of St. Vincent as the first lord such a plea was never likely to succeed. Meanwhile, his men demonstrated their devotion to the popular Kelly by the highly unusual purchase of an ornate sword. 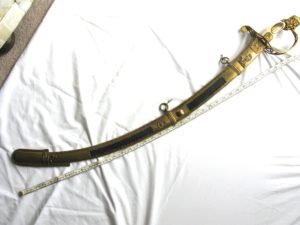 Kelly was appointed to command the Téméraire 98 in an acting capacity for Captain Eliab Harvey in August 1804, and on 20 August he sailed from his home town, Plymouth, aboard the Hawke 18, Captain James Tippett, to join the ship off Rochefort. Entering Plymouth on 13 September, she put out for Brest with the post on 2 October, although she was soon back at Torbay with the fleet. On 17 December Kelly was landed at Plymouth by the Téméraire which immediately put back to sea, but later reports suggest that he was still commanding her until she entered Plymouth for a refit on 17 February 1805.

He was appointed to the recommissioned Caesar 80 at Plymouth in early May 1805, but he appears to have left her shortly afterwards and his active employment came to an end when he was promoted rear-admiral on 9 November. He was further promoted to vice-admiral on 31 July 1810.

Vice-Admiral Kelly died on 2 May 1811 at his brother’s residence of Kelly House, Launceston, Cornwall, where he had recently arrived with his daughter ‘for the benefit of his native air’

He married Sally Morton, the daughter of a Nevis judge and a relative of the future Lady Frances Nelson, and he was the father of Lieutenant Magnus Morton Kelly and of a daughter. His nephew, Benedictus Marward Kelly, served with him on the Gibraltar and rose to the rank of captain in 1821. His residence at the time of his death was St. Andrews, Devon.

My thanks to Ian Cooper for his help with this biography, and for providing the illustrations.