Died 1779. He was of Scottish descent, one of fifteen children of Sir James Dalrymple M.P and of his wife Lady Christian Hamilton, the daughter of the Earl of Haddington. He was the older brother of the first hydrographer of the Admiralty, Alexander Dalrymple, and a younger brother of Lieutenant-Colonel James Dalrymple.

Dalrymple was serving as a midshipman aboard the Kent 64, Captain Charles Wyndham, during 1747, and he was commissioned lieutenant on 28 February 1756. 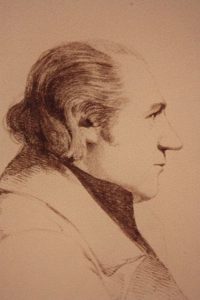 Dalrymple was the brother of the esteemed Admiralty Hydrographer, Alexander Dalrymple.

On 18 April 1759 he was promoted commander of the storeship Medway 6, and from December commanded the ex-French privateer Postillon 18 in which he saw convoy duty during the latter part of his tenure. He recommissioned the Diligence 10 in May 1763, and went out to North America in the early autumn.

Dalrymple was posted captain on 24 November 1763 and his first command in this rank was the Arundel 20, although he never went to sea in this vessel and she was paid off in February 1764.

He was next employed in 1771 when he assumed command of the Emerald 32, operating in the Shetlands and Orkneys, and paying her off within the year. In late 1772 he was appointed to the Cerberus 28, and he remained with her serving in home waters until 1775.

Dalrymple commissioned the Juno 32 in December 1775 and went out to North America during April of the following year. He served under the orders of Commodore Sir Peter Parker at Rhode Island during the early summer of 1777 and later off Cape Ann and Cape Cod, but did not enjoy a great deal of success when cruising. The Juno was set on fire to prevent her capture by the French at Rhode Island on 7 August 1778, and shortly afterwards Dalrymple returned to England.

He briefly commanded the Cumberland 74 for Captain Joseph Peyton during December 1778 and January 1779, and in February commissioned the new Canada 74 for service in the Channel fleet, serving in the retreat during August. In the latter part of the year he cruised to the westward in company with the Foudroyant 80, Captain John Jervis.

Dalrymple died whilst commanding the Canada at sea on 28 December 1779 and was succeeded by Captain Sir George Collier.