1781-1812. He was born on 21 July 1781, the seventh and youngest son of the Rev Thomas Whitby of Creswall Hall, Staffordshire, and of his wife, Mabella Turton. He was the brother of Captain John Whitby, and was distantly related to Admiral of the Fleet the Earl of St. Vincent. 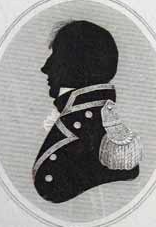 A silhouette of Captain Henry Whjitby

Whitby joined the service in 1794 as a midshipman aboard the Excellent 74 commanded by his brother, Captain John Whitby, and carrying the flag of that officer s patron and friend, Rear-Admiral Hon. William Cornwallis in the Channel. By April 1795 Cornwallis and the Whitby brothers were serving on the Royal Sovereign 100, which John Whitby commanded at the celebrated Cornwallis Retreat on 17 June 1795, although measles prevented Henry from witnessing that particular action.

Further service for Henry Whitby came aboard the Alcm ne 32, Captain Sir Richard John Strachan, together with other vessels including the Thalia 36, Captain Lord Henry Paulet, and the Triton 28, Captain John Gore, and he was also apparently present at the Battle of the Nile on 1 August 1798. Upon being commissioned lieutenant on 4 June 1799 he joined the Prince George 90, Captain Charles Rowley, carrying the flag of Rear-Admiral Sir Charles Cotton in home waters. After returning home in ill-health during 1800 he then went out to Jamaica in April 1801 with Rear-Admiral Sir John Duckworth aboard the flagship Leviathan 74, Captain Edward King.

Towards the end of 1803 the Pelican was based off Aux Cayes, Saint Domingue, during the Negro rebellion against the French, and after Whitby s blockade had brought about the unconditional surrender of the town in October he helped to bring off the garrison when it was on the point of being overwhelmed by the Negroes. The French capitulation also meant that he shared in the prize money with the Pique 40, Captain William Cumberland, for the sequestration of the Go land 18 and a cutter which had been in the harbour.

Whitby was posted captain on 6 February 1804, and remaining on the Jamaican station he joined the Desiree 36, whose boats took the privateer Jeune Adelle on 24 February. In the spring of 1805 he transferred to the Centaur 74 on the Leeward Islands station, and at the end of July was despatched under Captain Hon. Michael De Courcy s orders to join Vice-Admiral Lord Nelson s Mediterranean fleet which had arrived in the Caribbean in chase of Vice-Admiral Pierre Villeneuve s allied fleet. Unfortunately a hurricane prevented the union, during which the Centaur lost her masts, boats and rudder, together with all but twelve guns. Only hard pumping, a fothered sail and moderate conditions saved her from destruction, and she was eventually towed to Halifax, Nova Scotia by the Eagle 74, Captain David Colby.

In January 1806 the Centaur returned to Plymouth without Whitby who had recently married the daughter of Commissioner John Nicholson Inglefield at Halifax, and who had remained in Nova Scotia to join his next command, the Leander 50, which had been Vice-Admiral Sir Andrew Mitchell s flagship. On 25 April an American seaman from the coaster Richard was apparently killed by a shot fired from the Leander off New York, resulting in the Americans banning the entry of British squadrons to their ports and demanding a court-martial on Captain Whitby. Even President Thomas Jefferson demanded Whitby s arrest, but he was acquitted of any blame at a court-martial held aboard the Gladiator 44 in Portsmouth Harbour under the presidency of Admiral George Montagu on 16 April 1807. Nevertheless he remained unemployed for another three years, apparently to placate the Americans, and in poor health brought on by the stress of the trial and the poor English climate he convalesced in a recently purchased house near Exeter in Devon. It later transpired that the American authorities had been fully aware of his innocence, but for apparent political motives had wished to see him tried nevertheless.

In the spring of 1809 Whitby joined the re-commissioned Cerberus 32, serving initially in the Baltic where on 25 July his boats joined those of a squadron led by Captain Charles Dudley Pater of the Princess Caroline 74 in attacking four Russian gunboats and a brig in Fredericksham near the Apso Roads, capturing three of them. It was nevertheless a bloody and costly affair that saw casualties of nine men killed and fifty-one wounded, the latter figure including Captain Thomas Forrest of the Prometheus 18 who had led the attack. During his time in the Baltic Whitby s health deteriorated to such a degree that his life was deemed to be in danger, and when he did return home it was to find his wife in so poor health that she lost her battle with consumption in January 1810. 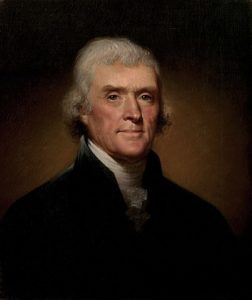 From the spring of 1810 the Cerberus served in the Mediterranean for the benefit of Whitby s health, and on 28 June his boats with those of the Active 38, Captain James Alexander Gordon, under the command of Lieutenants William Slaughter and Donat Henchey O Brien, landed in pursuit of a convoy which had been chased into Groa in the Gulf of Trieste. They took thirty-nine men from the French 81st Regiment prisoner, and obtained possession of twenty-five vessels, whilst shortly afterwards they captured a further twenty-three men from the French 5th Regiment. During these ventures four British marines were killed and eight men wounded, as opposed to ten French killed and eight wounded

Further successes for the Cerberus followed in tandem with the Active on the Italian Adriatic coast, including the taking of four prizes which were cut out of Pestichi on 3 February 1811. On 13 March the Cerberus fought at the Battle of Lissa when a Franco-Venetian squadron of six frigates was defeated by four British frigates under the command of Captain William Hoste, one of the enemy vessels being destroyed and another two captured. During the action the Cerberus suffered casualties of thirteen men killed and forty-one wounded.

Following a refit the Cerberus was deployed off Corfu in a somewhat inactive capacity, much to Whitby s chagrin, but he was mollified upon learning that he had been appointed to the crack frigate Belle Poule 38, so taking passage in the Cambrian 40, Captain Charles Bullen, he arrived home in October 1811 only to find that his intended command was not yet available. A desperate few months of unemployment followed, during which time he attended a dying sister in Devon, but having been appointed to the brand new Briton 38 he attended her launch with renewed optimism at Chatham in April 1812.

Sadly Whitby s suddenly health gave way before he could take the Briton to see and he died on 6 May 1812 at the young age of 31. His funeral took place five days later, the procession being joined by the commissioner, Sir Robert Barlow and a number of captains then present at Chatham. He was buried at St. Margaret s Church, Rochester.

Whitby married Captain John Inglefield s youngest daughter, Catherine Dorothea, at the end of 1805 after the Centaur had been towed to Halifax. She died of tuberculosis on 17 January 1810.

He was described as zealous, active, enterprising, and brave , and a strict but fair disciplinarian who was attentive to his religion.