That Cornwallis, a relatively junior officer in spite of his proud war record, had been appointed to lead the expedition had much to do with the fact that his elder brother, the Earl Cornwallis, was the governor and commander-in-chief in India. Augmenting the theme of nepotism and patronage, the Cornwallis Expedition sailed with an extraordinary number of sons of the aristocracy and other worthies who hoped to avail themselves of the influence that their commodore had to offer, for Cornwallis had not only been given the authority to promote officers by the first lord of the Admiralty, the Earl of Chatham, but had been actively encouraged to advance his own people outside of Admiralty influence. Unsurprisingly no fewer than twenty of the younger officers who sailed with the expedition would achieve post rank in future years.

Primarily, Cornwallis objective was to restore order and British ascendancy in her East Indian possessions, but amongst the many other tasks required of him by the Admiralty was a secret order to survey the Andaman Islands and the Malay Peninsula so that the Dutch trading hegemony could be challenged. This was a task particularly well-suited to the explorer and seaman in Cornwallis, who as a sea officer of the traditional naval school was far more at home prosecuting his profession than indulging in the politics and courtly intrigues that exercised his brother.

By the time that the squadron sailed out of the Bay of Biscay two of the East Indiamen had parted company, but continuing on their voyage Cornwallis ships visited Madeira on the last day of February, were at Tenerife in early March, and reached Porto Praya in the Cape Verde Islands during the third week of that month. The intention had then been to proceed directly to the Cape, but after being becalmed for the best part of a fortnight the health of the seamen began to suffer, in particular for the want of sauerkraut which at the time was the staple preventative of scurvy, and which had been in short supply ever since the ship bringing a delivery to the squadron had crashed into Ramsgate pier during rough weather. Accordingly Cornwallis ordered his ships to bear away for Rio de Janeiro at the beginning of June so as to take on provisions and water.

After finally entering the Indian Ocean and detaching the Ariel to the island of Diego Garcia, the squadron arrived at Madras on 3 September, which port housed the naval commander-in-chief s residence, Fort George. Cornwallis then sailed on to meet his brother who was based at Fort William, Calcutta, arriving there two weeks later. Shortly afterwards the ruler of Mysore, Tippoo Sahib, whose father Hyder Ali had allied with the French against the British in the American Revolutionary War, attacked the rival kingdom of Travancore, and as this territory was an ally of the East India Company Cornwallis took his squadron around to the Malabar Coast on the south-western shores of India to prevent supplies reaching Tippoo. For the next two years a strict blockade of the coast was enforced whilst the Army and East India Company forces, together with their Indian allies, fought Tippoo Sahib ashore.

Yet despite the requirement to blockade the Malabar Coast Cornwallis was able to undertake a visit to the hitherto largely unknown Andaman Islands in accordance with the Admiralty s secret orders, and here he attempted to establish relations with the natives, who up until this time had been regarded as little more than cannibals. After initially being assailed with arrows his men managed to bring three natives aboard the Crown, and these men astonished the crew not only with their voracious appetites, but also with their determination to make off with any ironmongery they could lay their hands on. In time the native men would frequently come out of the jungle to visit the British ships, and they would neither display fear nor hostility, but no doubt to the chagrin of the seamen the native women were far more reticent to establish relations, and indeed they generally fled whenever they came in sight of the Europeans. During their time in the Andaman Islands the crew of the Crown suffered once more from a violent scurvy that caused Cornwallis to linger there far longer than had been intended in order to aid their recovery. 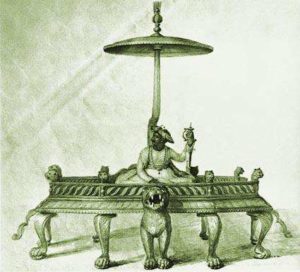 When the ships of the squadron were not otherwise engaged it was their practice to spend the months of November to March at Madras, and then May to December at Bombay in order to avoid the monsoon season in the Bay of Bengal. Whilst ashore, Cornwallis did much to tackle fraud and corruption in India, particularly amongst the contractors to the Navy, and he sent a stream of letters to the Admiralty complaining of ill-practice, and of the effect that the emphasis on profiteering amongst the British in India might have on his young officers. Such was his zeal that the great Admiral Lord Howe felt constrained to write to him praising his efforts, but nevertheless suggesting that he was biting off more than he could chew. Neither did Cornwallis spare his own men from his financial prudency, for he came down heavily upon any sign of waste whilst urging economies and cost-savings.

Continuing to enforce the blockade of the Malabar Coast, Cornwallis ordered the search of a number of French ships in case they were carrying supplies for Tippoo, the government in Paris having earlier represented to the British ambassador that the ships were private merchant vessels not associated with the French authorities. In March 1792 the war with Tippoo came to an end following the British victory at the siege of Seringapatam, and after a brief return to Madras Cornwallis set off for the Andaman Islands once more with the intention of developing a naval base. A settlement was expanded under the rather obvious name of Port Cornwallis, and it was reported that the harbour could be capable of holding umpteen sail of the line.

Come December Cornwallis was back in Madras where the talk was all about an impending war with Revolutionary France. By the time confirmation of the outbreak of hostilities arrived at Madras on 1 June 1793 most of his squadron had returned to England, leaving Cornwallis, with his flag aboard the frigate Minerva 38, Captain John Whitby, to rely upon three vessels of the East India Company Marine for assistance. Nevertheless, he set off to blockade the French port of Pondicherry which surrendered to him two months later, at which point Cornwallis himself returned to England aboard the Minerva, leaving a solitary sloop behind him in East Indian waters.