Conversant with Admiralty orders dated 3 July, the Channel fleet of fifteen sail of the line, seven frigates, a sloop, and a fireship under the command of Admiral Lord Howe put to sea from St. Helens on 14 July for its first cruise of the war. With the fleet sailed some sixty pilots who had been procured from Jersey by Captain Sir Andrew Snape Douglas for their specialist knowledge of the French coast, together with a small number of Russian vessels carrying twelve thousand troops that might be landed in support of the French royalists in the Vendée.

Rather than enforce a strict blockade of the French fleet in Brest, Howe’s preference was for a loose blockade which allowed for his capital ships to remain protected from the elements in port whilst a string of frigates related any enemy movements back to him. This was a tactic that would earn him the sobriquet ‘Lord Torbay’ from those detractors who envisaged a more rigorous blockade, but it did allow him the flexibility of protecting British shipping off the southern coasts, which given the expected arrival in European waters of a valuable Leeward Islands convoy that had departed for home in early June was especially relevant at this time. 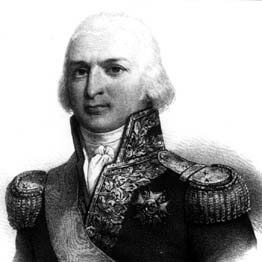 The initial passage down the Channel was not without incident, which was hardly a surprise given the rawness of the crews and the rustiness of both ships and officers. On 18 July the Majestic and Bellerophon collided in a gale some sixty miles off the Scilly Isles, causing the latter to lose her bowsprit, foremast, main-topmast and main-yard. She was taken in tow by the Ramillies until rudimentary repairs could be effected, but even so the fleet was obliged to protect her until she reached Plymouth two days later. Here her men transferred into the London 98, Captain Richard Keats, which sailed out to replace her in the fleet, no doubt to the vast relief of all given that the 28-year-old Duke of Clarence had not yet arrived in the Devonshire port to raise his flag aboard her in accordance with the ridiculous decision to employ him in the Channel as a subordinate rear-admiral.

On 23 July the fleet reached Torbay, and after two days at anchor off Devon Howe put to sea again with a westerly wind and soon fell in with the Eurydice 24, Captain Francis Cole. This officer delivered news that a French fleet of twenty-one sail of the line and four frigates under the command of Vice-Admiral Justin Bonaventure Morard de Galles had been sighted off Belle-Isle. The enemy force, which included the huge three-deckers Côte d’Or 120, Terrible 110, and Bretagne 110, had assembled in Quiberon Bay on 4 June after departing the various ports of Brest, Lorient and Rochefort, and had been posted off Belle-Isle to prevent any British assistance reaching the royalists in the Vendée. It was also strategically placed to meet Rear-Admiral Pierre César Charles Guillaume Sercey, who in the second week of the war had departed for the West Indies with the Eole 74, Jupiter 74, America 74, and several frigates in order to escort home the French trade.

Pausing off the Eddystone to be joined by the Intrepid 64, Captain Hon. Charles Carpenter, and Sampson 64, Captain Robert Montagu, which ships had been manned by others fitting out in the Hamoaze, Howe proceeded across the Channel towards Ushant with a fleet now numbering seventeen sail of the line, nine frigates, and a handful of smaller vessels. His ships then altered course towards the south, and when the wind backed from the west towards the north north-east on the 31st they stood in towards the French coast on the larboard tack.

At 2 p.m. that day the black-painted French fleet, by now itself reduced to seventeen ships, was sighted off Belle-Isle to windward on the starboard tack. Three hours later the French tacked away to the east and as the night came on Lord Howe followed them on a north-westerly course, his ships in line ahead and each showing a light. At 7 a.m. the next morning, de Galles could be seen in the far north-east and Howe set his fleet on the larboard tack before putting about again. By noon, with the French now in sight from the decks of the eager British men-of-war, the old admiral was well on course to intercept his enemy. But then to his immense disappointment the light winds died to a calm, and although a north-westerly breeze did get up in the evening to briefly raise British hopes, it soon veered around to the north-east to the French benefit. At one stage Howe’s frigates did come within range of a three-decker that had fallen away to leeward but no firing took place, and come the morning, with the winds freshening, the French were no longer to be seen.

Over the next week the weather got progressively worse and Howe was forced to withdraw to Torbay, which he reached on 10 August after sending Captain Cole, who had been keeping a watch on Brest, into Plymouth with despatches for the Admiralty. Although the fleet subsequently sailed two weeks later to cover the incoming and outgoing Newfoundland and West Indies trade, it enjoyed only a short cruise off the Scilly Islands before returning to Torbay on 4 September, and another cruise off Ushant towards the end of the month was equally uneventful. Meanwhile, Morard de Galles had returned to Belle-Isle with his fleet, but mutinous elements soon forced it into Brest on the 29th where the officers found themselves subjected to a revolutionary purge.

Channel Fleet which sailed on 14 July: