The Capture of Colombo and the Molucca Islands – February – March 1796

Following their successful capture of Malacca and Trincomale in the previous year, the British forces in the East Indies continued their almost unopposed operations against the Dutch possessions during the early months of 1796.

Unaware both of the impending arrival of his intended successor, Vice-Admiral Sir George Keith Elphinstone, who had recently captured the Cape from the Dutch, and of his own promotion to rear-admiral in June 1795, the incumbent commander-in-chief in the East Indies, Commodore Peter Rainier, reached Malacca in December 1795, from where he sailed on 6 January 1796 to launch an assault on the Moluccan Islands. In the same month, Elphinstone arrived at Madras where one of his first actions was to dispatch a small squadron under Captain Alan Hyde Gardner to act in concert with the Army in the reduction of Colombo, the principal town of Ceylon.

On 5 February Gardner’s frigate Heroine 32, together with the Rattlesnake 16, Echo 16, three East India ships, and two East India Company Marine vessels, arrived at the port of Negombo, some eighteen miles north of Colombo. The squadron was escorting troops under the command of Colonel James Stuart, and after a small party had been placed ashore to secure the fort overlooking the anchorage, the remainder of the troops were disembarked in an orderly fashion by the evening of the 6th. 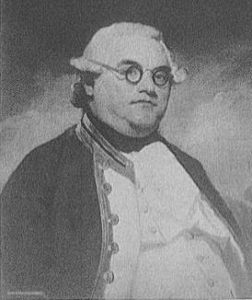 Whilst Colonel Stuart’s small army proceeded to march overland on Colombo, Captain Gardner sailed his squadron to within two miles of the town and landed artillery and stores for the commencement of a siege on the Dutch defences. On 14 February, having been joined by Colonel Stuart, Gardner demanded the surrender of the Dutch, and this was accepted on the following day. Just three seamen had been wounded in the enterprise.

The capitulation of Colombo saw all the Dutch possessions on Ceylon come under British control, and for those officers and men personally involved there would be an abundance of prize money earned through the capture of 300,000 guineas worth of spices, ships, and sundry other merchandise. No doubt revelling in his new found riches, Captain Gardner returned to Madras where on 30 March he got married.

Meanwhile, Commodore Rainier had been piloted through the Straits of Malacca, Singapore, and Banca by Captain Benjamin Page of the sloop Hobart, and he was approaching the Moluccan Islands with a mixed force of six men of war, one or two East India Company vessels, and three transports. On 16 February the squadron arrived off Amboyna, and on the next day Major John Kennedy marched into the fort without resistance to receive its surrender. Eighty-five cannons were found to be mounted on the fort, and a significant quantity of military stores were discovered in the arsenal, along with 81,112 worth of rijksdalers in the Dutch coffers and valuable cloves weighing over half a million pounds.

Eighteen days later, Rainier’s force departed for the Banda Islands, and on 8 March it landed Major Kennedy’s troops under cover of the frigate Orpheus 44, Captain Henry Newcome, and the East India ship Harling. On this occasion the Dutch threw up a heavy resistance, not least from a brace of two gun batteries, but their fire was largely ineffectual and upon the British advance the defenders spiked their guns and fled, much to the surprise of the assailants. By nightfall the Dutch governor had capitulated and come the next morning Major Kennedy marched into the fort. Here, in addition to over three hundred and ten cannons on the Dutch defences were discovered some 66,675 rijksdalers in the treasury, in addition to 84,477 pounds of nutmegs and 19,587 pounds of mace in the stores.

Major Kennedy was left to command the garrison at Banda with a mixed troop force whilst the Suffolk patrolled off the island, and having removed his flag to the Centurion, Commodore Rainier remained at Amboyna. Over the course of the mission several smaller islands were also taken.

The Dutch possessions were a welcome addition to the British sphere of influence, and as well as giving the Navy a virtual hegemony over East Indian waters, they ensured the safety of the sea route to Eastern Asia. Their value to Rainier and his officers was more tangible in the huge amount of merchandise and money that had fallen into their hands. Such was the wealth discovered that each of the captains walked away with a pretty fortune of £15,000 in prize money, although sadly, one officer who did not pocket from the enterprise was Captain Page, who had been sent back to Calcutta with Dutch despatches captured prior to the commencement of the assault on the islands, and thus did not qualify for a share of the prize money.

Rainier’s dispatches dated 27 March and 11 April announcing the conquests of the Moluccan Islands were delivered to the governor at Madras by the Orpheus on 18 June, and news of the successful enterprise reached the East India Company’s Court of Directors in London on 29 November via a dispatch from the governor of Madras written on 22 June. Rainer eventually returned to Madras with the Suffolk on 15 February 1797 to resume the command of the East Indies station, for Vice-Admiral Elphinstone had long departed for the Cape to organise its defence against Dutch attempts to re-conquer it. The Moluccas would remain in British hands until the Treaty of Amiens in 1802, but the same peace deal allowed Britain to retain Colombo, and by 1815 they were masters of the whole island of Ceylon.