1731-1804. He was born on 1 July 1731 at Dundee, a younger son of Alexander Duncan of Lundie, Perthshire, who was a Hanoverian supporter in the 1745 rebellion and became the provost of Dundee, and of his wife Helen Haldane of Gleneagles. He was the uncle of Rear-Admiral James Haldane Tate and the younger brother of an officer who died in the service of the East India Company. Another brother became a major in the army.

In 1746 Duncan entered the navy aboard the sloop Trial 10 commanded by his maternal uncle, Lieutenant Robert Haldane, and he transferred with this officer to the frigate Shoreham 24 in February 1748, where he remained for the rest of the year. In 1749 he served under Commodore Hon. Augustus Keppel aboard the Centurion 50 in the Mediterranean, and afterwards with this officer in the Norwich 50 on the North American station where on 10 January 1755 he was commissioned lieutenant. He returned to Europe with Keppel to join the Swiftsure 70 in the Channel that same year, and in January 1756 was appointed to the Torbay 74, again serving under Keppel and being wounded in the attack on Gor e on 29 December 1758. 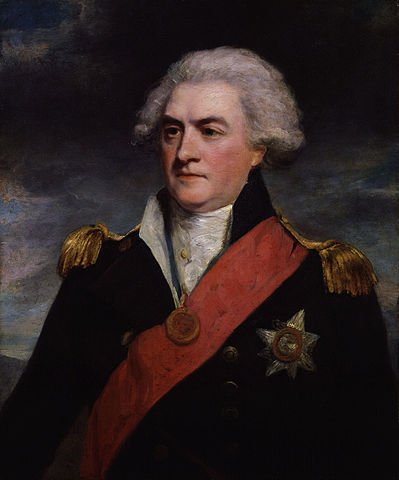 Duncan was promoted commander on 21 September 1759, and from October until April 1760 he commanded the hired vessel Royal Exchange, struggling with a crew of boys and foreigners who having been employed originally as merchant seamen believed themselves not subject to naval discipline. As a consequence the ship was temporarily put out of commission.

On 25 February 1761 he was posted captain of the Valiant 74 which flew the broad pennant of Commodore Keppel at the reduction of Belle Isle in June. Having gone out to the West Indies in the spring of 1762 he commanded her at the reduction of Havana where he led the attack on the castle at Moro armed only with a stick. As well as receiving a share of the fortune in prize money earned by this campaign he also contacted fever, and after returning to England he found it necessary to spend some time at Bath and Cheltenham in recuperation.

Following the peace of 1763 Duncan returned to Dundee and remained on the beach for a further fifteen years until his marriage to a daughter of the influential Dundas family brought him back to active service.

In May 1778 he was appointed to the new Suffolk 74 with which he joined the Channel fleet in September before moving to the Monarch 74 in December. He sat on Admiral Keppel s court martial subsequent to the Battle of Ushant on 27 July 1778 where he was conspicuous in his frequent interruptions of the prosecutor in support of his Whig friend and patron. As a result he was given orders to sail by the Admiralty prior to the Tory Vice-Admiral Sir Hugh Palliser s court martial in April, but his crew refused their duty the day before the trial began as they had not been paid, and as a result of the delay he was able to join the panel after all.

In the summer of 1779 the Monarch formed part of the Channel fleet under Admiral Sir Charles Hardy and participated in the retreat up the Channel from the allied armada during August. She then sailed with Admiral Sir George Rodney to relieve Gibraltar, playing a conspicuous part in the action off Cape St. Vincent on 16 January 1780 where she incurred twenty-nine casualties in forcing the surrender of the San Augustin, although this vessel fled the battle before she could be secured. Shortly afterwards Duncan s men mutinied rather than face the prospect of sailing on to join the Leeward Islands fleet, and the troublesome Monarch returned to England with Rear-Admiral Hon. Robert Digby s squadron.She then participated in the Channel Fleet campaign from June, and led the fleet into action against a French convoy on 3 July.

Towards the end of 1780 the Monarch was ordered out to the Leeward Islands, whereupon to preserve his health Duncan resigned the command. He was not re-employed until after the fall of the government when the new first lord of the Admiralty, his patron Keppel, appointed him to the Blenheim 90 in early 1782, initially whilst she was undergoing major repairs. He sat on the court-martial into the loss of the Royal George on 29 August 1782, and served with Admiral Lord Howe at the relief of Gibraltar on 18 October and the action off Cape Spartel. In early 1783 he briefly commanded the Foudroyant 80 in succession to Captain Sir John Jervis before the cessation of hostilities.

During the peace Duncan commanded the Portsmouth guard-ship Edgar 74 from April 1783 until August 1786. He became a rear-admiral on 24 September 1787, being a beneficiary of Lord Howe s controversial fast-track and yellowing policy which led to the first lord of the Admiralty s resignation on 16 July 1788. His most excitement in this rank came on 5 June 1792 when he single-handedly braved a rioting mob in Edinburgh which had been attacking the home of his parents-in-law in a protest over electoral reform. On 1 February 1793 he was promoted vice-admiral and on 1 June 1795 admiral, although during this period he almost contemplated retirement through want of employment. 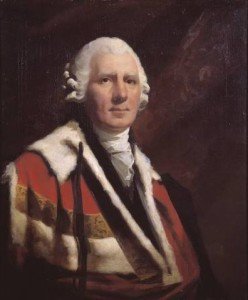 Duncan’s later career profited greatly through his marriage to the family of Henry Dundas, the minister for war and future Viscount Melville

In February 1795, benefitting from the ascent of his younger uncle-in-law, Henry Dundas, to the position of secretary of state for war, he became commander-in-chief on the North Sea station after the dispute with the Netherlands had escalated. In the same year he had turned down the Mediterranean command because of the risk to his health of hot climes, advising the prime minister and the first lord of the Admiralty to appoint Admiral Sir John Jervis instead.

He initially hoisted his flag aboard the Prince George 98, Captain Sir John Orde, and thereafter flew it on the leaky old Venerable 74, Captains William Johnstone Hope, James Bissett from September 1795, and William George Fairfax from November 1796. The remainder of his fleet was similarly in poor condition, and additionally Duncan was handicapped by having few opportunities to exercise his ships. His specific task was to watch the Dutch fleet in the Texel, a feat he nevertheless managed splendidly for the next two years, being assisted initially by a Russian fleet of twelve sail of the line and six frigates which were in effect little more than floating hulks and took no notice of his instructions. Even so, he did receive an honour from the Russian Empress, Catherine the Great, for his efforts. His local knowledge was such that in 1796 he sent home two regiments which had been ordered to capture the Helder by Dundas, claiming that such an attack would be certain suicide.

Shortly after the fleet mutinies broke out in April 1797 he furiously faced down an insurrection upon his flagship and was only restrained by the chaplain from plunging his sword into a malcontent. When the crew of the Adamant 50, Captain William Hotham, became mutinous he hauled a ringleader out of the assembled men and dangled him over the side with his own hand, daring anybody else to usurp his authority. However, even his force of personality could not prevent the Nore Mutiny spreading to the rest of his fleet bar his flagship and the Adamant on 27 May. For some weeks his blockade off the Texel remained precarious, and he attempted to keep the Dutch in port by remaining inshore with the Venerable and Adamant whilst signalling to an imaginary fleet over the horizon. Eventually he anchored off the outer buoy of the Texel and determined to fight his two ship until they sunk.

For a short while he was confined ashore at Yarmouth in ill-health, but with his fleet returning to duty he resumed his post and on 11 October his fourteen sail of the line and two of 50 guns fell in with sixteen of the enemy under the command of Admiral De Winter, which had been bound for Ireland. The Dutch tried to regain their base but five miles west of Camperdown Duncan attacked in shoaling water without forming a line of battle. During an action that would become known as the Battle of Camperdown his fleet managed to break the Dutch line in two places and earn one of the most complete and hard-won victories of the war. De Winter himself struck to the Venerable and the British also took a further eight ships of the line and two frigates. The victor was created Baron Duncan of Lundie and Viscount Duncan of Camperdown, although many felt this to be an insufficient honour, and eventually his son was elevated to an earldom in 1831. Reward for his victorious men came when Duncan asked the King to reprieve many of the mutineers who had fought so bravely.

He retained the North Sea command with his flag in the Belliqueux 64, Captain Robert England, during the late summer of 1798, and thereafter the newly-built Kent 74, Captain William Johnstone Hope, and he oversaw Vice-Admiral Andrew Mitchell s Dutch campaign which commenced on 21 August 1799 before retiring through ill-health on 28 April 1800. 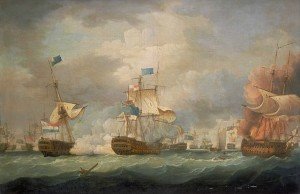 The Battle of Camperdown 1797

Suffering from gout of the stomach, Duncan died at an inn at Cornhill, Northumberland, on 4 August 1804 whilst on the way back to Edinburgh having come south to offer his services.

On 6 June 1777 he married Henrietta Dundas, the daughter of the Right Hon. Robert Dundas, the Lord President of the Court of Session in Scotland, and the M.P for Edinburgh. Although of a similar age, she was the niece of Henry Dundas, the influential treasurer of the navy and secretary of state for war from 1794. Her elder sister married the future Vice-Admiral Sir John Lockhart-Ross. Duncan and his wife had issue four daughters and three sons, the eldest of whom died at Edinburgh on the 23 December 1787. The youngest son, Hon. Sir Henry Duncan, served with distinction in the navy..

With his mother having been a renowned beauty of her day it was not surprising that Duncan was regarded as a particularly handsome man, and he supplemented his looks with a huge personality and imposing size, being 6ft 4″ and in later years of a commensurate breadth. Whilst a lieutenant he had attracted admiring crowds as he walked through Chatham. Gentle, godly, genial, mild-mannered, universally esteemed and popular, he was also firm, assertive and courageous. His exploit in breaking up the Edinburgh riots in 1792 resulted in him having to wear a ring linking the third and little fingers of his left hand after the latter had been broken.

Duncan ensured that his men were well cared for, and amongst other benefits allowed them to fish, but his benevolence did not stop him advocating such punishments as a hot spike on the tongue if they were caught swearing. He was an opponent of impressment, a prot g of Admiral Viscount Keppel, and a fervent Whig, although his admiration for the Earl of St. Vincent was not returned for the outrageous but typically prejudicial reason that Duncan was a Scot. He twice rejected commands in the West Indies for health reasons because of the fever that he had contacted at Havana in the 1760 s, and this was generally considered to have retarded his career.

His estate was Lundie House, Angus, where he displayed the figurehead of the Dutch flagship Vrijhed in the grounds.