1754-1831. He was born 24 August 1754 in Kingston, Jamaica, the second but only surviving son of Vice-Admiral Sir Charles Knowles, who was the illegitimate son of the Earl of Derby and governor of that island. His mother, Maria Magdalena Theresa de Bouquet, came from an established Lorraine family and was the daughter of the Comte de Bouquet of Aix-la-Chapelle. His father was previously married and had a son who drowned in a storm.

Knowles’ education was received at Eton, Glasgow and Edinburgh. In 1768 he entered the Navy aboard the Venus 36, Captain Hon. Samuel Barrington, patrolling the Channel, and afterwards served on the Seaford 20, Captain John MacBride, and the Spithead guardship Lenox 74, Captain Robert Roddam during 1770. He rejoined MacBride in the Southampton 36, which was recommissioned in the autumn of 1771 and served in the Channel and at Plymouth.

From 1773-6 Knowles was employed aboard various ships on the Leeward Islands and Jamaica stations, initially under Vice-Admiral Sir George Brydges Rodney who appointed him acting-lieutenant of the sloop Diligence in an unpaid capacity. Other vessels were the flagships Princess Amelia 80, Captain Samuel Marshall, and Portland 50, Captain Marshall, as well as thee Guadeloupe 28, Captain Hon William Cornwallis, Seaford 20, Captain Richard Collins, seeing duty off San Domingo and Cap François in 1774, and then until 1776 the Antelope 50, Captains Archibald Dickson, and William Judd, flagship of Vice-Admiral Clark Gayton, at Jamaica. After a brief stay aboard the Squirrel 20, Captain Stair Douglas, he was promoted lieutenant of the frigate Boreas 28, Captain Charles Thompson, on 28 May 1776. 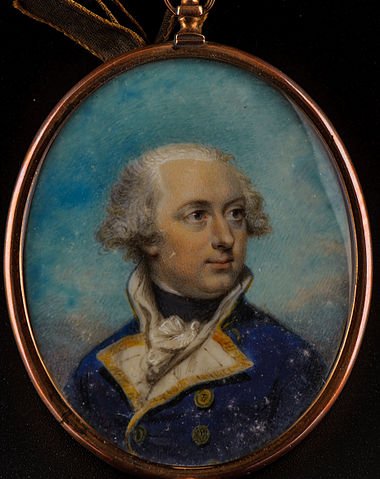 Transferring to the North American station, Knowles served as a volunteer during the New York campaign  between July- October 1776, and had an astonishingly lucky escape when a boat in which he was ferrying Lieutenant-General Sir Henry Clinton passed unharmed within yards of an American battery. He was shortly afterwards moved into the Chatham 50, Captain John Raynor, the flagship in turn of Rear-Admiral Lord Shuldham and Commodore Sir Peter Parker, and was present at the capture of Rhode Island on 8 December. Upon learning that his father was dangerously ill he returned home in January 1777 aboard the Asia 64, Captain George Vandeput, but in June went back to North America and rejoined the Chatham, Captain Tobias Caulfield, remaining with her until the end of the year when he left once more for England, having on 9 December succeeded to the family baronetcy following the death of his father.

Knowles went out to the West Indies in the following year as a passenger aboard the brig Endeavour, and he joined the sloop Ceres 18, Captain James Richard Dacres, on 15 February 1778. He subsequently became a prisoner of the French when this ship was captured after Rear-Admiral Hon. Samuel Barrington’s famous defence of St Lucia on 15 December 1778. Knowles was treated with gallantry before being exchanged, and he joined the Prince of Wales 74, Captain Benjamin Hill, the flagship of Barrington. After a short period in temporary command of the storeship Supply from May 1779 he rejoined the flagship in time to participate in the Battle of Grenada on 6 July , in which he was slightly wounded. In October he returned with the Prince of Wales to England in convoy, and in December entered as a volunteer aboard the Sandwich 90, Captain Walter Young, the flagship of Admiral Sir George Rodney.

He was promoted commander of the sloop Minorca 18 by Rodney on 26 January 1780 after the relief of Gibraltar, and was posted to the Porcupine 24 on 22 February 1780. Between 20-30 July he engaged two Spanish xebecs, and in company with the Minorca 18, Captain Hugh Lawson also attacked the French frigate Montreal 32 off Algiers having to withdraw only as the British were in danger of offending the Dey’s neutrality. Over the winter Knowles’ command was blockaded with other vessels under the command of Captain Roger Curtis in Minorca, but after putting to sea he was able to assist Curtis in the defence of Gibraltar prior to a brief visit to England in the spring of 1782 aboard the Cerberus 32, Captain Robert Man.

Upon arriving home Knowles was somewhat ludicrously hauled before the solicitor to the Admiralty and advised that he and Captain Hon. Thomas Cadogan had been accused of all manner of heinous crimes pertaining to the detention of a neutral vessel on the Jamaican station. The charge in Knowles case was completely without foundation, not least because he was able to assure the official that he had been in the Mediterranean at the time. He returned to the Porcupine at Gibraltar with Admiral Lord Howe’s relieving fleet on 18 October 1782, taking passage aboard the Britannia 100, Captain James Bradby, the flagship of his old friend Vice-Admiral Hon. Samuel Barrington. Knowles was subsequently appointed to the ex-Spanish ship of the line San Miguel 72 which had been blown ashore on Gibraltar, and he assumed the role of senior naval officer on the Rock following Curtis’ departure for England, regularly defending his command from Spanish attempts to recapture her. He finally left for England on 22 March 1783, and his ship was paid off at Portsmouth in May.

During the peace he presented various papers to the Admiralty pertaining to anti-smuggling strategies, fleet strengths and signals, and he also took the opportunity to tour France in 1788.

In March 1793 he recommissioned the frigate Daedalus 32 going out to Halifax with an immensely inexperienced crew, but having been dismasted on passage he sought refuge in Norfolk, Virginia where he endured hostility from the Americans and blockade from the French for some six months. He was however able to send home important information regarding the strength of the French ships of war which would escort home the huge grain convoy, thereby plotting the opening moves of the campaign which would end in the Battle of the Glorious First of June in 1794.Eventually, upon the arrival of the Terpsichore 32, Captain Richard Bowen, he was able to make good his escape.

Following his return from North America, Knowles recommissioned the Edgar 74 in August 1794, which after taking aboard a party of soldiers from Chatham barracks became badly infected by gaol fever on a cruise to Norway under the orders of Rear-Admiral Thomas Pringle. Knowles himself took to his cot for a whole week, whilst sixteen men, apparently having shown no signs of illness, fell to their deaths from aloft or keeled over dead on the deck. Remaining on the North Sea station thereafter, the Edgar cruised off the Shetlands or the Texel and was often at Leith, as she was in October 1795 when a mutiny aboard the Defiance 74, Captain Sir George Home, was put down by Captain William Bligh.

At the end of 1795 the entire crew transferred to the Edgar’s sister ship Goliath 74, going out to the Mediterranean in the summer of 1796 and joining Admiral Sir John Jervis’ fleet off Toulon. This was a transfer that was to bring gloom on Knowles’ hitherto bright career, for when the fleet withdrew to Lisbon he was arrested and charged with disobeying a verbal order from Jervis to assist the Bombay Castle 74, Captain Thomas Sotheby, which had been wrecked in the Tagus during a gale on 21 December 1796. To Jervis’ shame it was proved upon the evidence of the captain of the fleet, Captain Robert Calder, that no such order had ever been given. Knowles was therefore acquitted, much to the delight of his crew, who against specific orders cheered him on his return to the ship, and he took part in the Battle of St. Vincent on the 14 February 1797, with his command suffering eight men wounded.

When the fleet anchored in Lagos Bay shortly afterwards Knowles was warned that his ship was disadvantageously placed, but after remonstrating that the Spanish were too deflated to attempt to do anything about it he happily went to dine aboard Admiral Hon. William Waldegrave’s flagship. Whilst there he learned that his ship was being moved under the instruction of the Victory’s master, which represented an incredible insult towards him by the Earl of St. Vincent. He shortly exchanged with Captain Thomas Foley into the Britannia 100, flagship of Vice-Admiral Sir Charles Thompson, St. Vincent having intimated that he was not happy with the discipline of the Goliath, and that Foley was better qualified to handle her crew. Two days later Knowles retired home on the grounds of ill-health, although the fact that Jervis stated that the Britannia had been taken away from Knowles by her crew on the first night of his command probably convinced him that he could never serve the un-conciliatory commander-in-chief.

He married Charlotte Johnstone of Ludlow on 10 September 1800 and had three sons and four daughters.

Highly intelligent, Knowles was an author on technical subjects, with one idea of his being to fly balloons over Brest to monitor the French fleet. Whilst still a young man in his twenties he perfected and published a code of signals that were later used by Lord Howe. He had much of his father’s scientific skills, and having a Belgian mother allowed him to become bilingual.

Knowles was a friend of Admiral Hon. Sir William Cornwallis, and a protégé of Admirals Rodney, Barrington and Keppel. He was very good to his men, who adored him. Even so, whilst he was still single Captain Thomas Fremantle’s wife described him to be as a ‘real bore’ and Admiral the Earl of St. Vincent had harsher words, labelling him an ‘imbecile, totally incompetent.’

His seat was at Lovel Hill, Berkshire.