c1741-1794. He came from an established Shropshire family and was the second of six sons and five daughters of Sir Lynch Cotton Bt, of Combermere Abbey, Cheshire, and of his wife, Elizabeth Abigail Cotton. He was the brother of Sir Robert Salusbury Cotton M.P., a supporter of the Pitt administration. 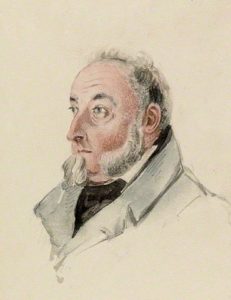 Cotton was commissioned lieutenant on 31 January 1760, and having been promoted commander on 25 August 1762 he recommissioned the Druid 10 in April 1763, sailing for Jamaica in September. On 7 May 1764 he was posted captain of the frigate Alarm 32, which he had been commanding in an acting capacity, and he remained with that vessel for two more years before returning home to be paid off in April 1766.

In October 1777 Cotton took a convoy back from Jamaica to England whilst commanding the Pallas 36, having taken the trade out to Africa earlier in the year. He left that vessel upon arrival in England and did not see any further employment until his appointment to the Downs guardship Buffalo 60 in 1780. During August he removed to the Inflexible 64 in place of the late Captain John Raynor, seeing service in the Channel Fleet campaign from June-December, and being sent to attempt a rendezvous with Captain John Moutray s huge convoy before it was captured by the Franco – Spanish fleet on 9 August. He served at the relief of Gibraltar on 12 April 1781, and in the Channel Fleet campaign of June-November, but at the end of the year he left his command when she was ordered to form part of the force sent out to the East Indies under the orders of Rear-Admiral Sir Richard Bickerton.

In April 1783 Cotton recommissioned the Vengeance 74 as a guardship at Plymouth, and subsequently he was appointed to the brand new Culloden 74 at Woolwich in September, being stationed thereafter as a guardship at Plymouth for the next three years. After a further period of unemployment he commanded the Robust 74 during the Spanish Armament from July 1790, and he eventually paid her off at Chatham on 16 September 1791 following the end of the Russian Armament.

He was promoted rear-admiral on 1 February 1793, and raised his flag as port admiral at Plymouth aboard the Cambridge 80, Captain Richard Boger. He was further promoted vice-admiral on 4 July 1794 but died at his house in Plymouth dockyard on 3 November.

Cotton married Elizabeth, the daughter of Sir Willoughby Aston Bt. of Aston, Lancashire, and had one son and two daughters. His son, General Sir Willoughby Cotton, married Lady Augusta Maria Coventry in 1806 and held many important posts in the army.