1763-1830. He was the eldest of five children of the Earl of Sandwich, the high profile first lord of the Admiralty in 1763 and again from 1771-83, and of his mistress, a milliner s assistant by the name of Marta Ray, who was shot dead by a rejected suitor in 1779 at the age of thirty-seven.

Going out to the East Indies in the spring of 1779 with Rear-Admiral Sir Edward Hughes aboard the Superb 74, Captain Robert Simonton, Montagu was commissioned lieutenant on 4 April 1779. During the early part of 1781 he commanded the French privateer prize Chasseur 18 as the Chaser 18 in the East Indies, remaining with her but a short time. 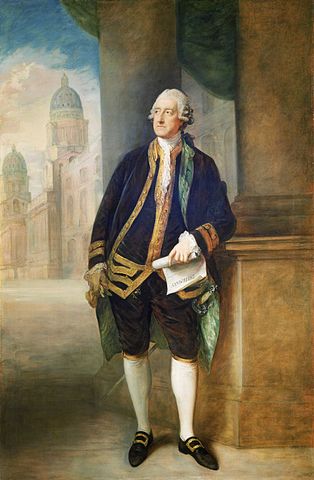 Montagu was the natural son of the Earl of Sandwich, the first lord of the Admiralty during the greater period of the American Revolutionary War

Following the death of Captain John Panton he was posted captain of the Seahorse 20 with seniority from 3 March 1781, and he commanded her at the Battles of Sadras on 17 February 1782 and Providien on 12 April. Removing into the Exeter 64, he commanded her at the Battle of Negapatam on 6 July, suffering losses of eleven men killed and twenty-four wounded, and at the Battle of Trincomale on 3 September where she was heavily outnumbered in the van and lost six men killed and nineteen wounded…

Having returned home, Montagu joined the Flora 38 in the summer of 1783, and in the early winter he sailed for the Jamaican station. By the following summer he had exchanged with Captain George Stoney into the Fox 32, and after returning home this frigate was paid off in June 1784. In May 1788 he commissioned the new Aquilon 32, sailing for the Mediterranean in the following spring but returning home in 1790.

At the commencement of the French Revolutionary War Montagu commissioned the Sampson 64 in which he participated in the Channel fleet cruise from July-August 1793. After sailing with the East Indies convoy in the spring of 1794 he brought another convoy of nineteen East Indiamen home from St. Helena in the latter part of that year in company with the Lion 64, Captain Erasmus Gower. In respect of this service he was well rewarded by the directors of the East India Company. The Sampson was then paid off in December.

He subsequently recommissioned and commanded the Hector 74 in 1795, retaining her until November 1797 whilst employed initially in the Mediterranean and then the Channel. He next commanded the Cumberland 74 in succession to the unpopular Captain Bartholomew Samuel Rowley from July 1797 until February 1799, briefly flying the flag of Vice-Admiral Lord Keith at the beginning of that period in the aftermath of the fleet mutinies.

Montagu was promoted rear-admiral on 14 February 1799, and in June 1801 he went out to Jamaica aboard the Garland 28, Captain Robert Honyman, transferring his flag to the Carnatic 74, Captain James Katon on arrival. From September he was nominally the commander-in-chief at Jamaica in succession to the late Vice-Admiral Lord Hugh Seymour, and upon assuming this post he moved to the Sans Pareil 80, Captain James Katon, with Captain William Essington later succeeding to the command. He found himself superseded by Rear-Admiral Sir John Thomas Duckworth at the end of the year, and he was briefly second-in-command to that officer during the naval activity from January 1802 when it was necessary to monitor a large Franco/ Spanish fleet that had arrived in the Caribbean. In March he left for England aboard the frigate Melampus 36, Captain Thomas Le Marchant Gosselin, taking his flag-lieutenant, John Jones, with him.

Following the resumption of hostilities in 1803 Montagu was second in command to Admiral Lord Keith in the North Sea with special responsibilities pertaining to the gathering of intelligence and the landing of agents on enemy territory. During this time he flew his flag aboard the Utrecht 64, Captains Thomas Rogers and Henry Inman, albeit briefly, and John Wentworth Loring, and for a short while the Raisonnable 64, Captain William Hotham.

He married Mary Elizabeth Morton in London in 1792 but she predeceased him in 1805 whilst they were living at Castle Hill House, Huntingdon. His son, Robert C R Montagu, a dragoon officer, died in 1826, and he also had twin daughters. Another son attributed to him, John William Montagu, entered the service in 1819 and was promoted commander in 1841.

Unlike his half-brother and the Earl of Sandwich s heir, Lord Hinchingbrooke, Montagu enjoyed an excellent relationship with his father. Admiral Sir Edward Hughes described him as a very good young man , and he was regarded as capable, diligent and able, although Admiral John Markham apparently advised Lord Keith that Montagu was the prince of intrigues . In his later life he became increasingly devout.