Carteret joined the navy in 1747 aboard the Salisbury 50, Captain George Edgcumbe, and from 1751 saw service with Captain Hon. John Byron, including aboard the guard ship Augusta 60 at Plymouth from 1753 and then the Vanguard 70, which took troops out to Minorca. He was later aboard the Guernsey 50, Captain Mark Milbanke, serving in the Mediterranean during 1757-8, having been commissioned lieutenant on 14 June 1757. 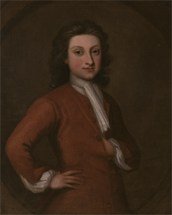 On 18 August 1759 he was present as a lieutenant at the Battle of Lagos, and he supervised the setting fire of the abandoned French vessel Redoubtable 70 after she had been driven ashore. From 1764-6 he was a lieutenant of the Dolphin 20 during Commodore Hon. John Byron s rather unsatisfactory voyage of discovery around the world.

Having been promoted commander on 1 July 1766, Carteret was given command of the Swallow under the orders of Captain Samuel Wallis of the Dolphin on an expedition to the Southern Hemisphere. Despite initial concerns about his command, and after having separated from Wallis in the Magellan Straits, he sailed around the world from 1767-9, making numerous discoveries in the Pacific. Amongst these was Pitcairn Island, the future home of the mutineers who took the Bounty from Captain William Bligh in 1789, the Carteret Islands, and the Duke of York Islands. On one occasion he temporarily lost the services of eight men who swam ashore, but then returned for their clothes in a state of intoxication and were recaptured. Carteret pardoned them and was happy to report that he was subsequently rewarded by their good service. Arriving back at Spithead on 20 March 1769, both he and his ship were greatly fatigued by the exertions of their journey, from attacks from hostile natives, and from general sickness. He had suffered personally from scurvy, and his ill health prevented him from seeking any further employment for two years.

Returning to Jersey, Carteret engaged in local politics where he had become the Seigneur of Trinity. On 10 January 1771 he was posted captain, but he was unable to secure any further employment, for having earlier complained about the Swallow s unsuitability for her long voyage he was not held in great regard by the Admiralty.

Finally in July 1779 he was appointed to the brand new Endymion 44 at Woolwich, briefly serving in the Channel and going out to the African coast with a convoy in May 1780. He then proceeded to the Leeward Islands, and during the Great Hurricanes of October eventually reached Jamaica with only a foremast standing, having in company a French victualler and a French transport which had both been forced out of St. Pierre, Martinique. He subsequently led five other vessels in capturing the Philadelphia-bound Marquis de la Fayette 64, which vessel was only mounting only forty guns, after a two hour running action in May 1781 whilst returning home with the Jamaica convoy. The Endymion reached England in July.

Once again Carteret s poor health and lack of patronage prevented any further employment, and on 12 April 1794 he retired as a superannuated rear-admiral, living on Jersey or at Southampton. He suffered a stroke in 1792 and when he died in Southampton on 21 July 1796 he had already lost the power of speech. He was buried at All Saints Church in the town.

Carteret married Mary Rachel Silvester on 5 May 1772 and had five children, the eldest of whom did not survive infancy. His wife died in 1797. One son was Captain Sir Philip Carteret Silvester Bart, whilst a daughter, Elizabeth, was the second wife of Captain Sir William Symonds F.R.S. His brother Peter was mortally wounded on 3 September 1777 whilst commanding the sloop Druid off the Scilly Islands in action against the American privateer frigate Raleigh 32.

Carteret wrote and published many journals from his voyages. He also campaigned for an increase in the rate paid to officers when out of employment.