1773-1831. Born on 6 June 1773 at the Nunnery, near Douglas on the Isle of Man, he was the fourth son of eleven children of Peter Heywood, the deemster of the Isle of Man, and of his wife Elizabeth Spedding. He was the nephew of Admiral Sir Thomas Pasley and was related by marriage to Admiral Sir Albemarle Bertie, and on his mother s side to his fellow Manxman, Fletcher Christian.

After an education in Cheshire and Westmoreland Heywood entered the service in October 1786 as a midshipman at Plymouth aboard the Powerful 74, Captain Andrew Sutherland. A year later he sailed on the Bounty, Lieutenant William Bligh, in her mission to Tahiti, and he was left aboard that vessel when Bligh was cast adrift after the mutiny against him on 28 April 1789. Heywood would later claim to have taken no part in the mutiny, and when the Bounty departed on her final voyage under Christian for the southern Pacific he remained with the party at Tahiti, relying on his youthful innocence to absolve him of any complicity. In the meantime Bligh had written to his family labelling him as a ringleader, a view that was shared by two of his messmates. At best his behaviour at the time of the mutiny seemed to be that of an unworldly and uncertain adolescent, at worst he was happy to see the back of Bligh. Whilst at Tahiti he took a wife with whom he had a child, and he tattooed himself in the native manner. 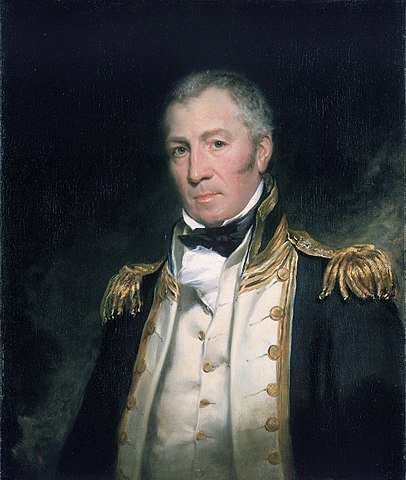 On 23 March 1791 the Pandora 24, Captain Edward Edwards, arrived at Tahiti and Heywood, with another midshipman rushed out in a canoe to greet her. He was immediately treated as a mutineer, but although he was kept in irons he managed to escape drowning when the Pandora sank in the Endeavour Straits. Even so his suffering did not end, for Edwards refused him shelter when the survivors reached an island, and he had to bury himself in the sand for protection from the red hot sun. He was then conveyed back to the Cape on a Dutch merchant vessel on which he was treated with great severity, and he was still in irons during his transportation home from the Cape aboard the Gorgon 44, Commander John Parker, which vessel reached Spithead on 19 June 1792.

Having been removed to the Hector 74, Captain George Montagu, Heywood was at last accorded decent treatment, but at a court martial on 12 September he was convicted of mutiny along with five other men, despite the fact that one of his relatives by marriage, Captain Albemarle Bertie, was on the panel. Having been sentenced to death with a plea to the King for mercy, he obtained a pardon on 24 October through the interposition of Lord Chatham, the first lord of the Admiralty, who had always thought him innocent, and others who were friends of his influential family. Admiral Lord Hood, who had presided over the court martial, then persuaded him to remain in the service, and once his health was restored his uncle, Rear-Admiral Thomas Pasley, took him aboard his flagship Bellerophon 74, Captain William Hope, before securing him a berth on the Niger 32, Captain Hon. Arthur Kaye Legge.

In September 1793 Heywood moved to the Queen Charlotte 100, flagship of Admiral Lord Howe in the Channel, in which he served under Captains Sir Roger Curtis and Sir Andrew Snape Douglas, both of whom had sat on his court martial. He was an aide-de-camp to Curtis during the Battle of the Glorious First of June in 1794, and was one of two midshipman designated to man the side when the King came aboard the flagship during his review of the victorious fleet at Spithead. He also spent some time as the officer assigned to attend Queen Charlotte. An acting-lieutenancy followed on 24 August with his appointment to the Robust 74, Captain Edward Thornbrough, and after a period back aboard the Queen Charlotte from October he was commissioned lieutenant on 9 March 1795 with his appointment to the fireship Incendiary, Commander John Draper. A month later he removed to the Nymphe 36, Captain George Murray, which frigate was employed off the coast of France. On 23 June 1795 he was present at the Battle of Lorient, and he continued in the Nymphe under Captain George Losack until she was paid off at Plymouth later that winter.

In early 1796 Heywood joined the Fox 32, Captain Pulteney Malcolm, employed in the North Sea before going out to the Cape and thereafter the East Indies with the trade that summer, serving as the frigate s first lieutenant. Following a recommendation from Earl Spencer, the first lord of the Admiralty, he removed in June 1798 with Malcolm to the Suffolk 74, flagship of Rear-Admiral Peter Rainier in the East Indies, and in May 1799 he took command of the brig Amboyna for the purpose of conveying the Earl of Mornington s despatches following the surrender of Seringapatam. In the event a merchant vessel had already departed with the documents and he was obliged to return to the flagship.

In August 1800 Heywood was promoted acting commander of the bomb vessel Vulcan, taking passage in an armed brig to join her at Amboyna, and in 1801 he commissioned the new Trincomalee 18, a captured French privateer. Although appointed to the Trident 64 in June 1801 he instead assumed the acting command of Vice-Admiral Rainier s flagship Leopard 50 in May 1802, in which vessel he surveyed part of the east coast of Ceylon.

Having joined the D daigneuse 36 at the end of September 1802 he was posted captain on 5 April 1803, and he escorted a French transport to the Isle de France in July during the dispute over Pondicherry. When news of the resumption of hostilities reached the East Indies he captured the French privateer Espi gle 4, and he subsequently served under the orders of Captain Benjamin Page of the Caroline 36 when sent to protect the China convoy from Rear-Admiral Charles Alexandre Durand Linois squadron. After nearly ten years in the East Indies Heywood returned to England aboard the Indiaman Cirencester in late 1805 to recover his health, and to attend to family affairs as a consequence of the death of his elder brother.

In October 1806 it was announced that Rear-Admiral George Murray was to raise his flag at Portsmouth aboard the Polyphemus 64 commanded by Heywood, and was to take command of an expeditionary force congregating at Falmouth which in company with an army under Brigadier-General Robert Crauford, would be sent to the River Plate in South America. After remaining wind-bound at St. Helens for many weeks, and twice sailing but being forced back by contrary gales, the Polyphemus finally got away at the beginning of January 1807, by which time the army transports had sailed from Falmouth. Arriving in South America six months later, the expedition was unable to make capital out of Commodore Sir Home Riggs Popham s adventurous foray against Buenos Aires and the capture of Montevideo on 3 February, and by January 1808 the Polyphemus was back at Portsmouth where she entered dock for a refit.

Having left the Polyphemus, Heywood commanded the Donegal 74 off Brest in an acting-capacity for Captain Pulteney Malcolm from November 1808. In the following March he was attached to the squadron blockading Rochefort under the orders of Rear-Admiral Hon. Robert Stopford when Rear-Admiral Jean Baptiste Philibert Willaumez Brest squadron of eight sail of the line and two frigates appeared off that port and entered the Basque Roads. The next morning, 24 March, the Donegal participated in the attack on three French frigates from Lorient that had sought sanctuary under the batteries at Sables d’Olonne, but which were destroyed by Stopford s squadron. By the time of the Battle of the Basque Roads on 11 April Captain Malcolm had rejoined the Donegal.

In May 1809 Heywood commissioned the new eighteen-pounder frigate Nereus 36 for service in the Channel and thereafter the Mediterranean, and in the following April he brought Vice-Admiral Lord Collingwood s body back to England following his death on 7 March. Thereafter Heywood sailed for South America in August 1810, and although he left for England in January 1812 he made the return voyage in the early summer as the authorities clearly valued his local knowledge and diplomatic skills. He remained in South America until October 1813 when he returned to England, having exchanged with Captain Manley Hall Dixon into the Montagu 74 in July.

He thereafter captained the Montagu in the North Sea, off Flushing, in the conveyance of troops from England to Bordeaux with the flag of Rear-Admiral Edward Foote, and in escort of the restored King Louis XVIII to France. He then flew the flag of Rear-Admiral Sir Thomas Byam Martin during the Fleet Review before going out to the Mediterranean, where he remained during the Hundred Days of Napoleon s return. Heywood served as the senior officer at Gibraltar until February 1816, and was present under Admiral Lord Exmouth in the operations against the Barbary States before the Montagu was paid off at Chatham on 16 July.

Despite being offered the command of the Canadian lakes and the post of Admiralty hydrographer in 1818 he did not see any further service, and he died of a stroke at 26 Cumberland Terrace, London on 10 February 1831, being buried at St Michael s Church, Highgate.

On 31 July 1816 Heywood married a widow, Frances Jolliffe of Plean House, Stirlingshire, a lady who came from a prominent Scottish family and whose uncle had defended Heywood in the Bounty court-martial. His step-daughter, Diana, married Captain Edward Belcher but later divorced him after being infected by a sexually transmitted disease.

He came from an influential family who along with Christian s relatives rubbished Bligh for his failure to attest to Heywood s innocence at his court-martial. He was greatly admired by his men and younger officers and was a fine hydrographer. A friend of Francis Beaufort, he published a dictionary of the Tahitian language and in his later years became increasingly religious.