1753-1817. He was one of many children of an Oxfordshire lawyer, Benjamin Aplin, and of his wife, Susannah D’Oyly. He was the nephew of Christopher D’Oyly, the Comptroller-General of Accounts in the Lord North government.

Aplin entered the Navy as a captain’s servant aboard the yacht William and Mary, seeing further service on the Guernsey 50. In June 1768 he joined the sloop Savage 8, Captain Andrew Snape Hamond, which in the following year went out to Newfoundland. He was later aboard the Niger 32, Captain Francis Banks, sailing for the Mediterranean in May 1770 and returning to England in the spring of 1772. Further employment came on the Prudent 64, Captain Sir John Clark, departing for India in April 1772 and returning home to be paid off in May 1775.

He was serving as a midshipman aboard the Roebuck 44, Captain Sir Andrew Snape Hamond, when he was promoted lieutenant on 10 October 1776 following the death of the ship’s first lieutenant, John Leak, during an action against the American batteries on the North River, New York.

On 23 April 1778 he was promoted commander of the fireship Strombolo, in which he was present in Vice-Admiral Lord Howe’s defence of New York against the Comte d’Estaing’s French fleet in July, and which he then commanded in operations off Rhode Island during August. He next served with Vice-Admiral Hon. John Byron’s fleet in North American waters, sailing from Sandy Hook for Boston Bay in October, but his command separated with other vessels in a gale on 2 November and was unable to rejoin before Byron sailed for the West Indies in December.

On 16 April 1779 Aplin was appointed to the captured American brigantine privateer Middletown, which had been renamed the Swift 14, receiving his commission from the temporary commander-in-chief in North America, Commodore Sir George Collier. This vessel visited Jamaica in October, but after sailing from Kingston on 3 November she had to put back in a leaky condition. During the winter she was one of several men-of-war blocked up by ice at New York, and so Aplin volunteered his services and those of his men to the Army. 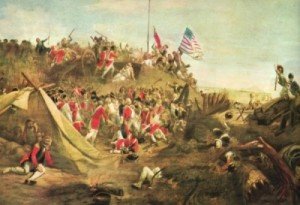 On 23 November 1780 he was posted captain of the tiny frigate Fowey 24, which continued to serve on the North American station, being present off Portsmouth, Virginia, in the early months of 1781 under the orders of Captain Thomas Symonds of the Charon 44. As a consequence of the British failure to win the Battle of Chesapeake Bay on 5 September she became trapped, and she was scuttled after being hit with red-hot shot by the Americans during the siege of Yorktown, sharing this fate with the Charon, Guadeloupe 28, and fireship Vulcan. Aplin thereafter served ashore with Lieutenant-General Lord Charles Cornwallis’ army and was present at its surrender on 19 October.

On 7 October 1797 the Hector sailed out from Portsmouth with the Lisbon, Oporto, and Gibraltar convoys and proceeded to join Admiral the Earl of St. Vincent’s Mediterranean Fleet which was blockading Cadiz. This proved to be an uneventful posting, although Aplin did sit on the court-martial of Captain Lord Henry Paulet on 12 June 1798 which found that officer guilty of striking a subordinate and sentenced him to be dismissed the Navy. Aplin appears to have left the Hector by December, by which time she was under the command of Captain Robert Campbell.

After being promoted rear-admiral on 14 February 1799 Aplin retired for good, being advanced to the rank of vice-admiral on 9 November 1805 and admiral on 31 July 1810. Apart from attending a levee for the King in August 1810, a heavily attended levee in February 1813 to celebrate the Queen’s birthday, and another for the Prince Regent in July 1814, he lived in relative obscurity.

Admiral Aplin died at Charlton Kings, Gloucestershire, of an apoplectic fit on 17 April 1817.

Aplin’s wife, Henrietta, died in January 1811 and was interred at South Audley Chapel in Mayfair, London. His second son, John George Aplin, who was born at Berwick-on-Tweed on 23 April 1790, retired as a naval captain in 1846 having seen early service under the patronage of Captain Walter Bathurst. He married the youngest daughter of Vice-Admiral Phillip d’Auvergne. Another son, Benjamin Aplin, also entered the service and rose to the rank of lieutenant-commander.