Vincent was commissioned lieutenant on 3 February 1744 and posted captain on 5 July 1748 of the Medway’s Prize 30 in the East Indies by Vice-Admiral Thomas Griffin. On 28 July 1749 he was appointed to the Winchester 50 by Griffin whose squadron was nearing England on its way home from the East Indies, and which arrived in the Thames ten days later.

In June 1755 he was appointed to the Dreadnought 60, recommissioning her at Chatham and remaining in command for a short time before moving in early July to the Greyhound 20 at Deptford. By the beginning of August he was at anchor near Woolwich where he took aboard a number of seamen who had been scooped up in a hot press across London. Later that month, whilst attached to Vice-Admiral Thomas Smith’s squadron in the Downs, he detained a French ship and brig off Dunkirk which had been bound for the West Indies. At the end of the year the Greyhound was at Plymouth, and on 19 February 1756 she arrived at Lisbon with several merchantmen under convoy from where she returned to Portsmouth. 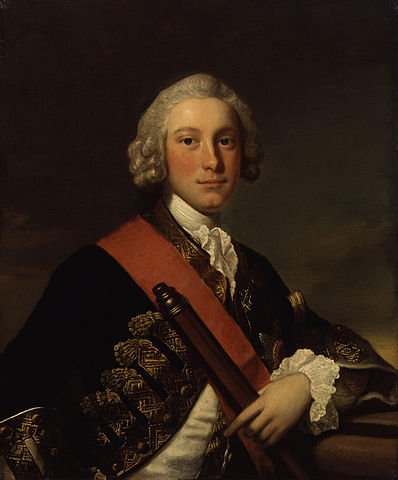 In May 1756 the Greyhound’s lieutenant was killed when attempting to cut out two vessels on the Isle de Bas, one of which was burned and the other successfully brought off. During August she escorted the privateer Anson and two French prizes towards the former’s home port of Bristol at the behest of Commodore Francis Geary, and on 8 October she put to sea under the orders of Rear-Admiral Harry Norris to join Vice-Admiral Hon Edward Boscawen in the Channel. On 22 December a large French vessel from Martinique arrived at Falmouth as a prize to the Greyhound, and before the end of the year she brought another French prize, bound from Bordeaux to Saint-Domingue, into Plymouth.

Having been appointed to the Weymouth 60 in January 1757, Vincent sailed for the East Indies in March and commanded her in Vice-Admiral George Pocock’s undisciplined action with the French off Cuddalore on 29 April 1758. Unfortunately, he failed to comprehend his commander’s early signals and then did not obey one for close action. Although he eventually joined the engagement, he was one of three officers subsequently brought to a court martial at Madras on 18 June, being charged with cowardice. Those of his crew who were able to write their names, some one hundred and sixty-nine men, petitioned on his behalf and declared that they were willing to face the death penalty with him. Even so, he was found partially guilty and dismissed his ship, not to serve in the Seven Years War again; indeed, only in 1763 was he allowed back on to full pay.

In August 1766 he was appointed to the Glasgow 20 which was at Portsmouth in October awaiting orders for North American when news of the death of Vice-Admiral Philip Durell within days of his arrival on that station delayed her departure. After eventually sailing, she returned to Spithead from Halifax in May 1767. From 1 November 1769 until paid off at Plymouth in May 1771 Vincent commanded the Hero 74, a guardship at Plymouth and Portsmouth.

In April 1777 he recommissioned the Yarmouth 64 in which he took a convoy out to Antigua during the latter part of the year. On 17 March 1778 he fell in with an American squadron off Barbados and gave chase. Closing in on the Randolph 32, Captain Nicholas Biddle, Vincent brought her to action and a hard-fought engagement came to a rapid conclusion when the enemy vessel suddenly exploded. All but four men from the Randolph who were rescued from the wreckage five days later were lost, while the Yarmouth suffered casualties of five men killed and twelve wounded. Vincent arrived at Portsmouth from Antigua with a convoy on 6 July and he left the Yarmouth shortly afterwards.

In December 1778 he was appointed to the Union 90, which vessel had been due to take up duties as a prison ship at Plymouth but upon inspection had been deemed fit for Channel service if repairs could be effected, however it is not clear that he ever took her to sea.

Vincent was promoted rear-admiral on 29 March 1779, vice-admiral on 29 April 1787, and admiral on 12 April 1794. He died in March 1809 at his residence in Nut Street, Plymouth, having been a frequent visitor to Bath during his retirement. At the time of his death he was the oldest admiral in the Navy except for Sir Peter Parker.

He married Martha Boscawen Evelyn from Totnes, Devon, in London on 10 June 1786. She died somewhat intriguingly in 1794 at Charleston, South Carolina, having had issue two sons.