1766-99. He was the eldest son of John Skynner, the rector of Easton-on-the-Hill in Northamptonshire, and of his wife, Sara Lancaster. His uncle, Captain Lancelot Skynner, was mortally wounded when commanding the Biddeford 20 in a particularly gallant action with the French frigates Malicieuse 32 and Opale 32 in 1760.

In October 1779 Skynner entered the Navy aboard the Brilliant 28, Captain John Ford, serving in the Channel, off Guernsey, and off Portugal before that frigate went out to the Leeward Islands in May 1780 to warn of the sailing of the Spanish fleet. Upon the Brilliant returning to England he transferred in August to the Nymphe 36 with Captain Ford, going out to Jamaica in August, and although it is not clear when he left that vessel he reportedly saw further service aboard the Pégase 74 followed by the Thisbe 28 in home waters. After passing his lieutenant’s examination on 3 October 1787 he was commissioned lieutenant on 12 November 1790, serving on the Jamaican-based Cygnet 14, Commanders Alan Hyde Gardner and Philip Durham, and apparently being placed on half-pay in July 1791.

Upon the commencement of hostilities with France in February 1793 he was appointed to the Aimable 32, Captain Harry Neale, which took several prizes in the Channel before going out to the Mediterranean. In February of the following year he reportedly moved to the Theseus 74, Captain Robert Calder, which vessel was serving with the Channel Fleet, and apparently in July he was appointed to Vice-Admiral Sir John Jervis’ flagship Boyne 90, Captain George Grey, which had sailed out to the Leeward Islands in the previous winter. 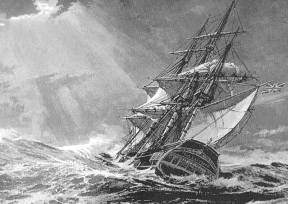 Skynner was promoted commander of the Experiment 44 on 2 November 1794 in succession to the promoted Captain Simon Miller, and in the early part of 1795 the new commander-in-chief in the Leeward Islands, Vice-Admiral Benjamin Caldwell, appointed him to the sloop Zebra 16. In March he was sent to confront the Carib insurrectionists who were threatening Kingston on the island of St. Vincent, and after an hour’s bitter night-time fighting his assault on the enemy stronghold on Dorsetshire Hill with the greater portion of the Zebra’s crew proved successful. This gallant action, during which his lieutenant, Henry Hill, was severely wounded, resulted in the preservation of the island, and much later, in April 1799, it was announced that a sword and plate had been awarded to him by the grateful representatives of St. Vincent.

He appears to have left the Zebra towards the end of March 1795, and it seems likely that he commissioned the Pique 34 at Antigua, this being the French frigate which had been captured by the Blanche 32 on 5 January in the action which had seen the death of the heroic Captain Robert Faulknor. Skynner was eventually posted captain of the Pique with seniority from 16 September, but he transferred in a matter of weeks to the beautiful frigate Beaulieu 40 at the instigation of the new commander-in-chief in the Leeward Islands, Admiral Sir John Laforey.

On 18 March 1796 the Beulieu captured the French frigate Marsouin 26 en-flute after a two-and-a-half-hour action, which vessel was bound from Saint-Domingue to Guadeloupe with a large quantity of money and plate, and also had aboard the personal property of the French commissioner, Victor Hugues. Skynner subsequently served at the reduction of St. Lucia during Rear-Admiral Sir Hugh Cloberry Christian’s April to June campaign, and after the first attack by the troops had failed he earned praise for covering their retreat by drawing the fire of four enemy batteries onto his frigate for the best part of three hours. Departing Martinique on 3 October with Christian’s flag, the Beaulieu reached the Portland Roads on 27 November, and days later she departed Portsmouth for Plymouth to be paid off and refitted.

Retaining the Beaulieu following her docking, Skynner took her to sea from Plymouth at the end of February 1797 to sail for the St. George’s Channel in the company of the Shannon 32, Captain Alexander Fraser, and Mercury 28, Captain Hon. George Byng, in search of a squadron of French frigates which had reportedly been active in those waters. By the beginning of April his frigate was in the Downs from where she sailed on a cruise on 7 May; however, when the general mutiny reached the North Sea squadron on 27 May the Beaulieu’s crew, who had initially refused to join the insurrection, then confined Skynner to his cabin before sending him and his officers ashore. Rather than return to his command he was replaced by Captain Francis Fayerman.

In April 1799 Skynner was appointed to the frigate Lutine 32, serving in the North Sea fleet and joining the campaign against the Netherlands in August. On 9 October, whilst conveying passengers and treasure from Yarmouth to the Texel in company with the sloop Arrow, Captain Nathaniel Portlock, the Lutine was wrecked off Vlie Island in a heavy north-north-westerly storm with just one man, a passenger, surviving. The Lutine’s bell was recovered in 1858 and became world-famous after being installed at the insurers, Lloyds of London.

Captain Skynner’s body was retrieved from the wrecking of the Lutine and he was interred in the cemetery on Vlie Island.

At the time of his death, he was engaged to the daughter of a wealthy City of London merchant.