As Prince William, he first went to sea on 14 June 1779 with the rating of able seaman aboard Rear-Admiral Hon. Robert Digby s flagship Prince George 98, Captain Phillip Patton. Serving in the Channel and the Bay of Biscay, he learned the rudiments of his trade under the instruction of Lieutenant Richard Keats. He then sailed with Admiral Sir George Rodney s fleet to the relief of Gibraltar and saw action at the Moonlight Battle off Cape St. Vincent on 16 January 1780. On the return to England he was present at capture of the Protée 64 on 24 February, and once back home he frolicked and made as big a fool of himself ashore as would any sailor, with the result that his father quickly despatched him back to his ship. 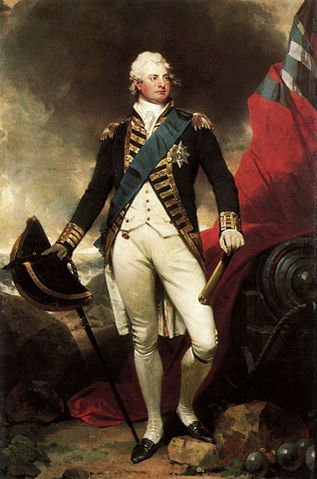 He continued with the Prince George in the Channel during 1780, having been promoted midshipman on 10 January, and he was present at the second relief of Gibraltar on 12 April 1781. Whilst on the Rock his reputation for boyish unruliness was further enhanced when his party including a young Lord Amelius Beauclerk were arrested for fighting with a group of soldiers. . At the end of the summer he went out with the Prince George to North America when Digby was ordered to undertake the command of that station. Threatened by an American kidnap plot that was approved by George Washington, he removed into the Warwick 50, Captain Hon. George Keith Elphinstone, in which vessel he witnessed the capture of several French ships including the Aigle on 15 September 1782. Transferring on 4 January 1783 to the Barfleur 98, Captain John Knight, the flagship of Rear-Admiral Lord Hood, he remained with the Leeward Islands fleet until the end of the war later that year.

Following the peace William left the service to tour Germany and Italy, and on his return was examined for his lieutenancy in 1785. Awarded a commission on 17 June, he was placed aboard the frigate Hebe 38, Captain Edward Thornbrough, flying the broad pennant of Commodore Hon. John Leveson-Gower. He remained as her third lieutenant until February of the following year when he transferred into the Pegasus 28 as first lieutenant to Captain Henry Harvey whilst that frigate was fitting out for sea.

On 10 April 1786 he was posted captain of the Pegasus, departing Plymouth on 5 June and sailing for Newfoundland where in the following month he took a file of marines ashore to quell a riot and impose his own hasty discipline. The Pegasus later visited North America and the Leeward Islands where the prince came under the orders of the senior officer at Dominica, Captain Horatio Nelson of the Boreas 28. Such was their ensuing friendship that William gave the bride away at Nelson s wedding. Less happily he fell into a dispute with his first lieutenant, Isaac Schomberg, who believed that his task was to dry nurse the prince, leading him to countermand William s orders. Nelson arrested Schomberg when the lieutenant demanded a court martial, but the matter was sensibly resolved by passing him onto Commodore Alan Gardner at Jamaica. The Pegasus was afterwards sent to join the Halifax station, and she returned to England on 15 November 1787.

Having a request for the new Melampus 36 rejected by the first lord of the Admiralty, Lord Howe, William was appointed to the newly commissioned Andromeda 32 on 1 March 1788, on which frigate he was joined by the crew of the Pegasus and his first lieutenant and good friend William Hargood. After employment in Rear-Admiral Hon John Leveson-Gower s squadron of observation he was despatched once more to the West Indies, before being sent to Nova Scotia to cover up an affair. He then sailed south for Jamaica before returning home in April 1789 and being paid off at Portsmouth.

Prince William was created the Duke of Clarence on 19 May, and he was appointed to the Valiant 74 during the Spanish Armament of 1790, which vessel was paid off on 27 November. The new duke s station in life now made a mockery of naval precedence as he was promoted rear-admiral on 3 December 1790. 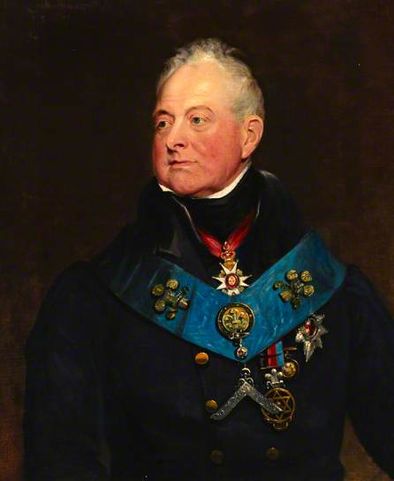 At the commencement of the French Revolutionary War, Captain Richard Keats was ordered to fit out the London 98 for Clarence s flag in the Channel. Mercifully this order was soon rescinded by William Pitt, who deemed Clarence unfit to hold a senior command after he had come under the influence of the radical Whigs, joined the opposition benches in the Lords, and spoken out against the war.

Clarence was promoted vice-admiral on 12 April 1794, admiral on 14 February 1799, and in 1800 applied to become second-in-command to Admiral Earl of St. Vincent in the Channel Fleet with Keats acting as his flag-captain. Again this request was sensibly denied.

During the peace of 1802-3 he travelled to Sweden, Denmark and Russia with Captain Thomas Baker, but when hostilities re-opened he was still denied employment. At Vice-Admiral Lord Nelson s funeral on 9 January 1806 he burst into tears, so distressed was he at the loss of his old mentor. Despite his long years on the beach he was promoted over the heads of other officers on the list to become admiral of the fleet following the death of Admiral Sir Peter Parker on 24 December 1811.

Upon the abdication of Napoleon, Clarence hoisted his flag aboard the frigate Jason 32, Captain Hon. James William King, in order to escort the French king back to his country in April 1814. He then removed it to the Impregnable 98, Captain Charles Adam, so as to convey the Russian Tsar and Prussian King to England. During this period Captain Hon. Henry Blackwood acted as his captain of the fleet. Many years later, when Blackwood was commander-in-chief at the Nore from 1827-30, Clarence took it upon himself as lord high admiral to take Blackwood s ships to sea and engage in manoeuvres. To say the least, Blackwood was not pleased.

Clarence succeeded his brother George IV as King William IV on 26 June 1830, and he died on 20 June 1837 without any legitimate issue.

He married Her Serene Highness Adelaide, Princess of Saxe-Meiningen, in 1818. From the early 1790 s until 1811 he had lived with an actress, Dorothea Bland, with whom he had issue up to ten illegitimate children.

Known as the Sailor King , William was well regarded by Nelson, but was otherwise viewed as being a poor officer, somewhat unintelligent, and a bad leader of men who saw most of his lieutenants seek transfers to other ships once they got used to his ways. One officer in particular, William Johnstone Hope, was so badly used whilst serving on the Pegasus as to leave the ship. Even so William appeared to have a genuine wish to do well for his youngsters, working them hard in the school room and in their duties. He ensured a strict discipline aboard his ships and attempted to fulfil his duties as a professional seaman rather than a prince, preferring to advance officers who were of established naval families rather than sons of the aristocracy. He was regarded as being a good seaman and was known for even rushing aloft to help out when required. He always delighted in his connections with the navy, as illustrated by the offer of his sword to Captain Phillip Durham of the Anson 44 following that officer s capture of the French frigate Loire 46 in 1798.

In his youth the prince was a good looking fellow with a florid countenance. Of a short muscular figure, he was animated in speech and behaviour. He liked to drink, was a womaniser, and could be loud, coarse, ignorant and generally boorish. Nevertheless he was superior to many officers on the list, and he adored his role in the navy.