Woodley was commissioned lieutenant on 8 July 1785 and promoted commander on 12 November 1790 of the recommissioned schooner Helena 14, in which he returned to Portsmouth from Lisbon at the end of December before leaving her early in the new year. From the summer of 1791 he commanded the sloop Thorn 16, and in September his was one of the vessels ordered to attend the King on his annual holiday at Weymouth. 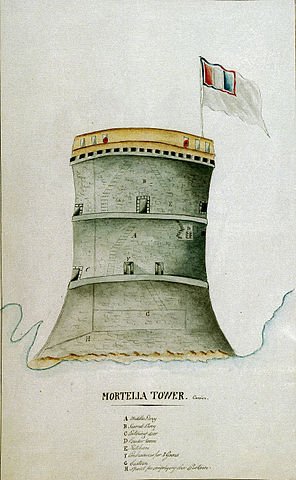 Woodley was twice involved in attacks on the notorious Martello Tower at San Fiorenzo, Corsica.

Towards the end of September 1791 he recommissioned the fireship Spitfire as a 16-gun sloop, and after lying at anchor in the Downs during November he went around to Portsmouth in December. During January 1792 he sent the prolific smuggler Better Times into Milford Haven after running her down in a four-hour chase, and upon examination her cargo was found to be one of the most valuable to be confiscated in years. Seeing further service in the Irish Sea and the Channel, the Spitfire entered Milford Haven in June before going around to Spithead shortly afterwards. During September she sailed for Milford Haven once more before arriving at Portsmouth at the end of December 1792. She then went around to the Downs before returning to Portsmouth in the second week of February 1793.

Woodley was posted captain on 9 February 1793 and joined the Nemesis 28, which in the first few weeks of the French Revolutionary War cruised in the Channel out of Portsmouth. It was later reported that in early May he had chased a French frigate off the Azores but had been unable to bring her to action.

Removing to the Mediterranean, he served at the occupation of Toulon from August 1793 and in September joined the Alcide 74, flying the broad pennant of Commodore Robert Linzee, and commanding her at the unsuccessful attack on San Fiorenzo,Corsica on 1 October where she suffered three men killed and six wounded at the cannons of the Martello Tower. From February 1794 he flew Linzee’s broad pennant in the opening stages of the Corsican Campaign where he was praised by Vice-Admiral Lord Hood for using his knowledge of Mortella Bay to place the Fortitude 74, Captain William Young, in a position to attack the same Martello Tower. As a reward he was given the honour of taking home Hood’s dispatches announcing the capture of San Fiorenzo, and he arrived in London on 10 March.

In May 1794 Woodley joined the eighteen-pounder frigate Leda 36, and in June escorted a convoy to Smyrna from Naples under the orders of Captain Augustus Montgomery of the Inconstant 38, during which voyage their consort, the Romney 50, Captain Hon. William Paget, captured the French frigate Sibylle 38 at Mykonos on 17 June. In November the Leda entered Portsmouth, and two months later she left harbour for Spithead before being ordered around to Plymouth with money for the dockyard. In early March 1795 she was in the Downs, from where she sailed for Emden to embark Lieutenant-General Hon. William Harcourt and Major-General Hon. Henry Fox following the decision to withdraw the Army from the continent. Arriving off Deal on 6 May, she then continued on to Portsmouth in escort of a number of Army transports, and after briefly going out on a cruise she sailed from Portsmouth in July to join Commodore Sir John Borlase Warren’s squadron off France prior to returning in September to the North Sea,

On 27 November 1795 the Leda left Cork with a twenty-five strong convoy for Martinique, but off Madeira or 11 December a cabin gun was apparently dislodged in a squall and piled through her sides, causing her to fill and capsize within ten minutes. Her pinnace with forty men went down shortly afterwards, and only seven seamen in the jolly boat survived. Amongst those who lost their lives were Captain Woodley and Lieutenant Lord Charles Stuart, the second son of the Marquis of Bute.