1719-95. He was the fourth born son of ten children to James Montagu of Lackham, Wiltshire, by his wife Elizabeth, daughter of Sir John Eyles of Southbroom, Bishop’s Canning, Wiltshire. His father was a cousin of the Earl of Sandwich, and Montagu was the father of Admiral Sir George Montagu and Captain James Montagu, being predeceased by the latter. A third son, Edward Montagu, 1755-99, died serving with the Army at the Siege of Seringapatam.

Montagu entered the Royal Naval Academy at Portsmouth in August 1733 and then served in home waters aboard the Yarmouth 70, Captain James Poole, the Dreadnought 60, Captain Henry Medley, the Chatham guardship Dragon 60, Captain Curtis Barnett, which later went out to the Mediterranean, and the Dolphin 20, Captain Lord Aubrey Beauclerk, which was also employed on that station.

On 22 December 1740 he was commissioned lieutenant, and he was present at the Battle of Toulon on 11 February 1744 aboard the Buckingham 70, Captain John Towry. During the court martial into the conduct of Vice-Admiral Richard Lestock, Montagu was prominent amongst those who condemned his senior officer, and under interrogation from Lestock was accused of speaking on the instruction of the Buckingham’s captain. Montagu’s response was that ‘I never ask any man’s opinion but my own. I always considered Vice-Admiral Lestock’s conduct on that day unlike an officer’s and always said so.’ He subsequently served aboard the Namur 90, Captain William Dilke, the flagship of Admiral Thomas Mathews.

On 2 March 1745 he was promoted commander, commissioning the new sloop Hinchingbrooke 10 for service in the Downs, and serving in a squadron under the orders of Vice-Admiral William Martin in the Channel which put into Plymouth in August with several prizes. 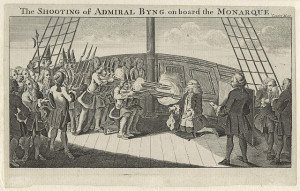 On 15 January 1746 Montagu was posted captain of the Rose 20 which he commanded until August, and in October his new command, the Ambuscade 40, brought the Calais privateer St. Nicholas 10 into Plymouth after capturing her off the Eddystone. In January 1747, when putting out of Plymouth Sound to join Vice-Admiral George Anson’s fleet, the Ambuscade sprung her mainmast and was thrust ashore where she remained for five hours before being carried off in a swell and returned to dock for repairs. He then commanded this vessel under Anson at the Battle of Cape Finisterre on 3 May 1747, leaving her shortly afterwards.

Following the cessation of hostilities Montagu was employed in commissioning the new Greenwich 50 in the spring of 1748. In April he transferred to the Bristol 50 in succession to his namesake, Captain Hon. William Montague, and he retained this vessel until she was paid off in September after returning to Portsmouth from Lisbon with specie.

In July 1749 the guardship Kent 64 was ordered to be manned and act as a guardship at Portsmouth under Montagu’s orders, but in the same month he moved to the new Mermaid 20, sailing to Boston that August with silver coin to indemnify the colonies for expenses incurred in the reduction of Cape Breton. In October he arrived at Lisbon, and in January 1750 reached Portsmouth from the Portuguese capital and Cadiz, having brought home a great deal of money. Shortly afterwards he exchanged with Captain John Campbell back into the Kent at Portsmouth where he remained until the end of 1752. In January 1753 he recommissioned the Port Mahon 20, going out to Newfoundland and New York and leaving her in January 1754

In February 1755 Montagu recommissioned the Elizabeth 64 at Portsmouth, being attached to Vice-Admiral Sir Edward Hawke’s Grand Fleet in the summer, and serving with Vice-Admiral Hon. Edward Boscawen for most of 1756 in the Bay of Biscay. At the end of the year the Elizabeth came under orders for the East Indies, whereupon Montagu resigned the command in favour of Captain Richard Kempenfelt.

He was next appointed to the French-built Monarch 74 at Portsmouth in January 1757, and one of his first duties was the appalling one of having to supervise the confinement and execution of Vice-Admiral Hon John Byng aboard the Monarch on 14 March. His command then went out to the Mediterranean in May, and on 28 February 1758, when in company with the Montagu 60, Captain Joshua Rowley, she drove the Oriflamme 50 ashore at the Battle of Cartagena, with only Spanish neutrality preventing them from finishing the French vessel off. The Monarch returned to Spithead from Gibraltar with a convoy on 21 July after a thirty-one-day passage, and after taking a further convoy around to the Downs in August he left her shortly afterwards.

In February 1759 Montagu commissioned the French prize Raisonnable 64 for the Navy, going out to the Leeward Islands in April to join Commodore John Moore’s squadron. He exchanged with Captain Molyneux Shuldham into the Panther 60 in July and departed Barbados that month with a convoy and several other men-of-war to arrive at St. Helens in early October, prior to being succeeded by Captain Philip Affleck in December. An immediate appointment to the Terrible 74 was prematurely curtailed when she was ordered around to Chatham to be broken up.

He thereafter had the Newark 80 in the Grand Fleet from April 1760, going out of Portsmouth on 7 June to join Admiral Hon. Edward Boscawen in Quiberon Bay for what was a very uneventful couple of months, and returning to Portsmouth from that station via Plymouth where she had deposited a prize in September. Shortly afterwards she was ordered into dock for an expeditious refit, in the course of which some of her crew took up cutlasses and fought over several evenings on Gosport Beach with men from the Deptford 60, Captain John Hollwall, and the recently paid-off Marlborough 80. Such was the level of violence, despite the attempted interventions of the officers, that several men lost hands or arms, and over twenty were hospitalised. At the beginning of November the Newark sailed around to the Downs where she acted as a guardship over the winter and into the following spring.

From April 1761 Montagu commanded the Princess Amelia 80, in which he attempted to sail from St. Helens in May but was forced back several times by foul winds before finally getting away to Plymouth at the end of the month. She then joined the fleet off Brest where the French showed little inclination of wanting to come out, and was later with Admiral Sir Edward Hawke in the Bay of Biscay. Whilst on this station in late 1761 a change in wind direction saved her from possible destruction by a fireship attack in the Basque Roads.

In June 1762 he exchanged into the Magnanime 74, which had formerly been commanded so brilliantly by Captain Lord Howe, and he joined the fleet under Admiral Sir Edward Hawke that sailed for Lisbon on the 25th of that month. At the end of September he joined a small squadron that was sent out from St. Helens under the orders of the Duke of York in search of five French ships that were known to be returning from Cap François, and he then joined Vice-Admiral Sir Charles Hardy’s fleet in the Bay of Biscay which entered Plymouth at the end of October before putting out again. On 19 December the Magnanime sailed from Portsmouth for Plymouth and she was paid off in January 1763

In May 1763, with the Seven Years War coming to an end, Montagu recommissioned the Dragon 74 at Portsmouth as a guardship, retaining her for three years, and after a period of unemployment he was appointed to her sister ship and Portsmouth guardship Bellona 74 in July 1769.

Having been promoted rear-admiral on 18 October 1770, Montagu kissed hands with the King in the following January on being appointed commander-in-chief in the Downs, where it was intended that he would fly his flag aboard the Sandwich 90, Captain Thomas Symonds. However, within the month he was appointed the commander-in-chief in North America in succession to Commodore James Gambier, and with several other men-of-war in company he departed England in June aboard the Captain 70, Captain Symonds, reaching Madeira on the last day of the month, and arriving at Boston on 12 August. During this voyage he suffered so severely from gout of the stomach that there was some concern for his life, but providentially the gout sunk to his feet and he was preserved. 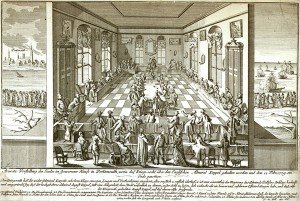 Montagu played a leading role in the court-martial of Admiral Keppel in 1779 and his perceptive questioning contributed greatly to his friend’s acquittal.

In 1772 he had to send home the disagreeable news of the burning of the schooner Gaspee at Providence, Rhode Island, whilst such was his suppression of the smuggling trade there that the residents would allow no officers ashore. Remaining on the North American station until returning to Spithead from Halifax in July 1774 with his flag still aboard the Captain 70, Captain Symonds, Montagu’s tenure allowed him to dramatically advance the careers of his young sons.

He was further promoted a vice-admiral on 3 February 1776, and was appointed commander-in-chief and lieutenant-governor at Newfoundland in March, this being of some concern to Vice-Admiral Lord Howe, three months his junior in terms of seniority, who had been appointed to the more important North American station. Sailing from St. Helens in early April with his flag aboard the Romney 50, Captain Elliott Salter, Montagu chose to supplement the force relieving Quebec at some risk to Newfoundland, and on returning to London in November he made plain his concern at the affect that American privateers supported by the French was having on his station’s trade.

During 1777 Montagu’s flagship Romney, in which he sailed for Newfoundland in April, was commanded by his son George. Prior to his return to Newfoundland in 1778 he briefly flew his flag aboard the Europe 64, Captain Francis Parry, in order to attend the King’s review of the fleet at Spithead in May. He then sailed later that month in the same vessel for Newfoundland which was now under the command of Captain Thomas Davy, where after eventually arriving at St. John’s on 25 July he re-joined his son aboard the Romney. . As soon as he learned that Britain was at war with France Montagu detached Commodore John Evans to take the islands of St. Pierre and Miquelon on 14 September, and he returned to Portsmouth aboard the Europa on 20 November.

In January 1779 he sat on the court martial of Admiral Hon. Augustus Keppel which considered that officer’s conduct at the Battle of Ushant on 27 July 1778, and his keen inquisitiveness saw him took a leading part in the proceedings which resulted in the popular admiral being acquitted. Following the trial he attended a ball hosted by Keppel’s supporters where his daughter opened the country dance with the Duke of Cumberland, and in April he welcomed the admiral to his residence near Portsmouth at Fareham.

At the end of 1779 it was reported that Montagu had refused the offer of a command by the Admiralty, but with the change of government in March 1782 he attended a levee and was promoted admiral on 8 April.

In April 1783 he raised his flag aboard the Triumph 74, Captain Philip Affleck, as the commander-in-chief at Portsmouth following his appointment by the new first lord of the Admiralty, Viscount Keppel, transferring it in the following month to the Queen 98, Captain John Wainwright. He struck his flag for the last time on 22 April 1786 and thereafter retired to his house at Fareham where he died on 7 September 1795.

On 2 December 1748 Montagu married Sophia Wroughton of Wilcot, Wiltshire and in addition to his three sons mentioned above had one daughter and an elder son, John, who became a fellow of All Souls at Oxford and died in 1818. Until 1749 he spelt his name as Mountagu. He greatly enjoyed the patronage of the Earl of Sandwich, and in 1747 he deputised for that nobleman’s brother-in-law at his election for Huntingdon prior to being elected for the borough himself in March 1748. He retained the seat until 1754 when on Sandwich’s advice he declined to stand for re-election.

He was regarded as being of great integrity and benevolent, as in January 1771 when he gifted a bullock and bread to the poor of Cosham in Portsmouth, but could also be intemperate, foul-mouthed and base, being prone to complaining somewhat irreverently of his wife’s bulk.