Monkton first went to sea in 1766 and saw initial service aboard the Chatham 50, Captain John Falkingham, which sailed for the Leeward Islands in July of that year. He transferred with Falkingham in August to the Lark 32, which was paid off in August 1769 after returning home, and almost immediately he joined the Aurora 32, Captain Thomas Lee. It was to his good fortune that he was then obliged to make way in the midshipman’s berth for an Admiralty nominee, for after the Aurora sailed for the East Indies at the end of September, she was lost with all hands in the Indian Ocean sometime in January 1770.

Monkton next joined the Carysfort 28, Captain William Hay, which sailed for the Jamaican station in May 1770 before returning to England in the following year, having survived two potential shipwrecks. Upon going out to the West Indies once more in April 1772, the Carysfort was caught in a hurricane that saw a number of men lose their lives, including her first lieutenant. She was eventually paid off at Chatham in September 1773. He then served aboard the Maidstone 28, Captain Alan Gardner, which sailed for Jamaica in 1774, enjoying the many captures she made on that station as the American Revolutionary War took hold, and he was afterwards employed as a master’s mate aboard the Boreas 28, Captain Charles Thompson, which arrived in Jamaica in the summer of 1776 and returned home in October 1777. 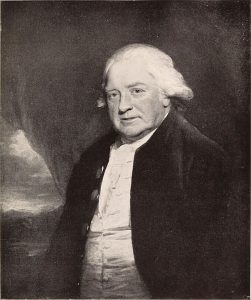 Monkton’ short career ended when his patron, Admiral Sir George Cranfield Berkeley, fell out with the Earl of St. Vincent.

Monkton was commissioned lieutenant on 19 November 1777 and placed in command of a hired armed ship, the Three Sisters, patrolling Scottish waters off the Orkney and Shetland Islands for the following two years. Next becoming second lieutenant of the Vestal 28, Captain George Keppel, he was present when she detained the American packet Mercury on 10 September 1780, an incident that led to a declaration of war on the Netherlands. During 1781 the Vestal, now commanded by Captain Hon. George Cranfield Berkeley, took part in the relief of Gibraltar on 12 April, and Monkton followed this officer and the Vestal’s entire crew to the Recovery 32, seeing service with the Channel fleet in 1782, and being present at the relief of Gibraltar on 18 October. The Recovery was eventually paid off at the peace in 1783.

In March 1784 he was appointed the first lieutenant of the Portsmouth guardship Ardent 64, Captains Harry Harmood and Francis John Hartwell, retaining this position for four years, and during the Spanish Armament of 1790 he was aboard the Windsor Castle 98, Captain Sir James Barclay, with the flag of Rear-Admiral Herbert Sawyer. Thereafter, he was aboard the frigate Niger 32, Captains Hon. George Cranfield Berkeley and Richard Keats.

At the commencement of the French Revolutionary War in 1793, Monkton commissioned the Marlborough 74 for his patron, Captain Hon. George Cranfield Berkeley, and he fought at the Battle of the Glorious First of June in 1794, where that vessel was badly mauled by the French. With his captain and first lieutenant wounded, Monckton scotched any rumours of surrender by threatening to nail the colours to the stump of the mast, and the Marlborough fought on gallantly. He was promoted commander on 11 June, and for purposes of rank was appointed to the sloop Calypso 16, although in actuality he retained the command of the Marlborough in the Channel Fleet during the continued absence of the sickly Captain Berkeley, sailing for Plymouth from Portsmouth in December with a small squadron under Rear-Admiral Sir James Wallace, and continuing with her until March 1795.

It appears that almost immediately Monkton joined the Colossus 74 as her acting-captain, serving with Rear-Admiral John Colpoys’ squadron, one of whose frigates, the Astraea 32, took the French frigate Gloire 36 on 10 April after a chase in which the Colossus had initially been engaged. He commanded her at the Battle of Groix on 23 June, suffering casualties of five men killed and thirty wounded. His overdue posting to captain was made on 29 June, and on 26 August he departed Portsmouth with Rear-Admiral Henry Harvey’s squadron in escort of two hundred transports carrying British and French Royalist troops for the coast of France. He retained the Colossus until the beginning of September.

Monkton was not re-employed until December 1797 when he recommissioned the frigate Lutine 32, fitting out at Woolwich for the North Sea station, although in the same month he attended the Service of Thanksgiving at St. Pauls for the naval victories in the war to that date. In March 1798 he took a convoy of forty-seven sail up to the Baltic from the Humber, arriving off Elsinore on 7 April and returning to Yarmouth eighteen days later. At the end of July the Lutine departed Chatham for Yarmouth, from where she was sent to the Shetlands to attempt the interception of the Dutch whaling fleet from Greenland, a mission in which she was soon proved successful by sending a vessel with fourteen whales into Yarmouth. In early November she departed the Leith Roads on a cruise, and on 30 December she entered Sheerness, serving thereafter with Vice-Admiral Archibald Dickson’s squadron in the North Sea.

From May 1799 Monkton held the command of the Mars 74 with the flag of Rear-Admiral George Cranfield Berkeley, initially patrolling of Ireland where she unfortunately collided with the Achille 74, Captain George Murray, causing much damage to the latter but little to herself. By June Berkeley’s squadron was cruising off the coast of France, and in the campaign following the breakout of the Brest fleet on 25 April, it blockaded five Spanish sail of the line in Rochefort until relieved by Rear-Admiral Charles Morice Pole in early July, following which it returned to Plymouth.

By the beginning of September 1799 the Mars was ready for sea, and a week later she sailed to join the Channel Fleet off Brest. At the end of the month she was back in Cawsand Bay, and after sailing from Plymouth to Portsmouth at the end of January 1800, Berkeley commanded the Inshore squadron off Brest that summer, although the most excitement arose when the Mars’ crew disdainfully painted her from stem to stern within sight of the French port. During August she was briefly at Plymouth, but Berkeley resigned in November when he fell out with the new commander-in-chief of the Channel Fleet, Admiral the Earl of St. Vincent, and Monkton also departed the Mars to be replaced by Captain William Luke.

Monkton did not see any further employment and did not achieve flag rank, having been placed on the retired list on 18 June 1814. After passing his later years in Lyme Regis, Taunton, and Cheltenham, interspersed with frequent visits to Bath, he died at Ingouville near Havre de Grace on 4 October 1826. His funeral took place on 6 October with seamen from a French corvette and soldiers from a French regiment providing the honours, and with the service also being attended by Rear-Admiral Robert Honyman.

He remained a bachelor until turning forty, when he married Charlotte Slade of Burstock, Dorset, having two sons and two daughters before her death at Burstock on 6 May 1806. He next married in early September 1807 at St. Bride’s, London, Charlotte Mackie, the widow of a purser, who was a wealthy heiress in her late forties, and who died after a lingering illness at Lyme Regis in May 1811. Lastly on 14 December 1818 at St. Mary Magdalene, Taunton, he married Elizabeth Patience Phillips of Tiverton in Devon.

Monkton was seen as an efficient officer who deserved flag rank. His name was often spelled ‘Monckton’.