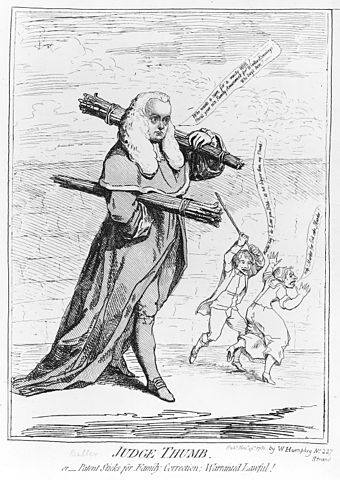 Prescott was commissioned lieutenant on 22 May 1758 and served aboard the Valiant 74, Captains Hon. Augustus Keppel and Adam Duncan, from March 1760 until July 1762, being present in the expeditions against Belle Isle and Havana.

He was promoted commander of the armed ship Content 20 on 28 November 1777, although it is not clear whether he took her to sea as she was still seeking volunteers to serve aboard her in the protection of the River Tyne during March 1778.

Prescott was posted captain on 8 April 1778 of the Duke 90, and eight days later he removed to the Queen 90, flying the flag of Vice-Admiral Sir Robert Harland in the Grand Fleet a Portsmouth. He was present at the Battle of Ushant on 27 July and was later a witness at the court martial of the commander-in-chief, Admiral Keppel, which took place at Portsmouth in the first two months of 1779.

Meanwhile, on 19 November 1778, he had been appointed to the Seaford 20 in succession to Captain John Colpoys, which vessel was then in dock at Portsmouth. Once in command, he arrived at the Hampshire port from Leith via the Downs with eighteen transports on 2 April 1779, and it appears that Commander James Lys then acted for him over the next two months. After rejoining the Seaford, Prescott sailed at the beginning of July for Guernsey and formed part of the escort of a convoy for Quebec in mid-August, carrying a large sum of money for the payment of the troops. During this voyage he fortunately managed to avoid the allied fleet that was approaching the Channel. The Seaford departed Quebec on 25 October with a homeward-bound convoy in the company of the frigate Convert 32, Captain Henry Harvey, to arrive at Portsmouth on 2 December, and joining Commodore Charles Fielding’s squadron she was present when that force famously detained a Dutch convoy in the Channel on 31 December.

Prescott next commissioned the newly launched frigate Mercury 28 at the beginning of 1780, going out to Newfoundland in April and returning to Portsmouth in November in the company of Rear-Admiral Richard Edwards’ flagship Portland 50, Captain Anthony Hunt. On 13 March 1781 he sailed from St. Helens with Commodore George Johnstone’s squadron, but he appears to have been detached shortly afterwards, for his command was not reported to have participated in the Battle of Porto Praya, but instead entered Fayal at the end of May with the recaptured schooner Sprightly, which she had taken on 17 May under French colours and commanded by a Spanish officer on her passage from Cap François. Whilst at Fayal it was later reported that a French frigate had been anchored in the bay, and that upon Prescott proclaiming he would take her as soon as she departed neutral waters the French captain had sent a lieutenant with a note stating that he would go out and await the engagement. This the Frenchman did, but as Prescott apparently claimed ‘he ought to spare a man who shewed so much good will’ the Mercury remained at her anchor and the enemy frigate sailed back in that evening.

It appears that the Mercury subsequently rejoined Johnstone’s squadron, for she was reportedly with that force at Rio de Janeiro in June 1781 and thereafter saw service in the West Indies, prior to returning to Portsmouth on 15 March 1782 in the company of the Jupiter 50, Captain Thomas Pasley, and the fireship Infernal 8, having with them a prize in the form of the French privateer Boulogne 16. Shortly afterwards Prescott left the Mercury, and although he saw no further active service he was in nominal command of the newly launched Ardent 64 from December 1782 until March 1783 whilst she was in dock at Portsmouth.

In 1785 Prescott became infamous upon being tried for ‘wanton, tyrannical, unprovoked, and savage cruelty’ to his wife. The court heard disturbing evidence from many witnesses of his verbal abuse, deprivation of food, threat of firearm use, punching, kicking, dragging downstairs, burning with tongs, and caning. This despicable behaviour had begun within a week of their wedding and continued throughout his wife’ pregnancies, aboard ship and until she fled for her safety in November 1782. The verdict allowed Mrs Prescott a divorce through reasons of his cruelty, with alimony of ninety pounds per year.

On 5 January 1779 he married Jane Walter. Her father, the Rev Richard Walter, was chaplain of Portsmouth dockyard and had been Commodore George Anson’s chaplain during his famous voyage to the Southern Ocean. Prior to her flight from Prescott’s brutality, they had issue two sons, Admiral Sir Henry Prescott, and another son who drowned whilst returning from East India Company service in 1806. Prescott also had an illegitimate daughter, Georgiana, born in about 1768.