1732-1815. Born on 20 December 1732, he was the third son of the Hon. Edward Digby and his wife Charlotte Fox, sister to the Earl of Ilchester and Lord Holland. He was the grandson of William, 5th Baron Digby in the Irish peerage, and the younger brother of Henry, first Earl Digby, and he was also the uncle of Admiral Sir Henry Digby, Captain Charles George Digby and Captain Stephen Thomas Digby.

Little is known of Digby s early career other than that he was commissioned lieutenant on 29 October 1752 and on 5 August 1755 was posted to the frigate Solebay 20 for purposes of rank only. He then commanded the Weazle 16, removing in February 1756 to commission the new Biddeford 20 in which he was initially employed in the Downs, and in which he enjoyed a measure of success cruising against the enemy. After coming home from the West Indies with bullion amounting to 300,000 guineas he succeeded Captain Lord Howe in command of the Dunkirk 60 in August 1757, which he retained until the peace of 1763. Commanding this vessel he was employed in home waters, with the Rochefort expedition of September 1757, in Commodore Hon. Augustus Keppel s expedition to Gor e during late 1758, and at the Battle of Quiberon Bay in 1759. He then saw duty in the Mediterranean under the orders of Vice-Admiral Sir Charles Saunders from 1760-3.

From 1757-61 he was M.P. for Wells in his family interest, and although he did not enjoy another command at sea until the American Revolutionary War he was appointed a colonel of marines on 4 April 1775. 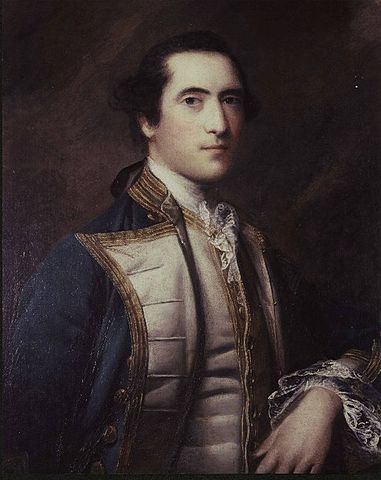 In May 1777 he joined the Ramillies 74, and he commanded a small squadron which cruised to the westward from 11 November until 26 December that year. The Ramillies was in Rear-Admiral Sir Hugh Palliser s division at the Battle of Ushant on 27 July 1778 where she suffered twelve deaths and sixteen men injured, and she was employed in the Channel fleet for the remainder of the year. Although the evidence Digby gave on behalf of Palliser at his court martial favoured Admiral Hon. Augustus Keppel s cause, and despite the fact that he was a cousin of the leading Whig, Charles James Fox, Digby was nevertheless recognised as being well disposed to the government. Hence in order that he would be able to sit on Palliser s court martial a general promotion was instigated at the King s behest to allow his advancement to the rank of rear-admiral on 19 March 1779. He immediately raised his flag aboard the Namur 90, Philip Patton, removing it shortly afterwards to the Prince George 98 with the same officer.

In the summer of 1779 Digby was third in command to Admiral Sir Charles Hardy in the Channel fleet, taking part in the August retreat, and he held a similar position to Admiral Sir George Rodney at the Moonlight Battle on 16 January 1780 where the Prince George captured the San Julian 70. After attending the subsequent relief of Gibraltar he returned to England with the Spanish prizes, his squadron capturing the richly laden Prot e 64 in passage.

Digby remained as second-in-command of the Channel fleet to Admiral Francis Geary and Vice-Admiral George Darby during the June to December 1780 campaign, with Captain William Fox as his flag captain until the end of the year, whereupon he was succeeded by Captain James Williams, an officer who had risen from the lower deck. He was present at the second relief of Gibraltar on 12 April 1781, and was thereafter ordered to patrol the approaches to the Channel with eight sail of the line in protection of the incoming convoys, and in the hope of encountering a French force under Admiral La Motte-Piquet. When the latter returned to Brest Digby brought his own force back to port.

In July 1781 he was appointed commander-in-chief of the North American station, but upon arriving at New York three weeks after the inconclusive Battle of the Chesapeake on 5 September 1781 he did not immediately assume command but instead allowed his predecessor, Rear-Admiral Thomas Graves, to attempt the rescue of General Cornwallis s army at Yorktown. Shortly afterwards he shifted his flag from the Prince George into the Lion 64, Captain William Fooks, in order that the former could add weight to Rear-Admiral Sir Samuel Hood s force in the Leeward Islands. Despite this handsome gesture he fell out badly with the difficult Hood when the latter was temporarily on the North American station, engaging in a ferocious war of letters over the allocation of prize-money and refusing to supplement Hood s scurvy-ridden ships with his own men.

Commanding a much reduced squadron which was in poor order, Digby presided over a quiet station for the remainder of the war, with the most excitement being caused by General Washington s authorisation of a kidnap attempt on Digby and Prince William, who had served with him since 1778. At the end of the war he evacuated many loyalist families from New York to Conway in Nova Scotia which was renamed Digby in his honour, having advised Washington that should the loyalists not be allowed unhindered passage he would take up arms again.

After the war Digby entered retirement at his residence in Minterne near Sherborne, Dorset, taking a great interest in the development of his estate. He became a vice-admiral on 24 September 1787, an admiral on 12 April 1794, and died on 25 February 1815.

On 19 August 1784 Digby married a widow, Mrs Eleanor Jauncy, who was the niece of Admiral John Elliot and the daughter of the lieutenant-governor of New York, Andrew Elliot. They had no issue, but at the time of their marriage Digby already had two illegitimate sons, one of whom, Robert Murray, entered the navy and rose to the rank of admiral. His residence at Minterne Magna in Dorset passed to his wealthy nephew, Captain Sir Henry Digby.

Digby was described as being handsome and an easy mover in Court circles, was seen as tough, and was regarded as his own man. That he fell out with Prince William, to whom he was governor from 1778 until 1782, after refusing to advocate his early promotion to captain illustrated his strength of will and devotion to duty, and the fact that the parents of the future admirals Keats, Foley, Legge, Oliver and Stopford saw fit to place their sons on the Prince George demonstrated the esteem in which he was held.