1736-1780. Born in March 1736, he was the fifth son of the eminent Irish politician Henry Boyle, 1st Earl of Shannon, and of his wife Lady Henrietta Boyle, the youngest daughter of Charles, 2nd Earl of Burlington in the English peerage and the 3rd Earl of Cork in the Irish peerage.

Boyle joined the service at a very young age, was commissioned lieutenant on 23 March 1756, and in the same year was appointed commander of the store-ship Crown 18 which was being fitted at Chatham. Having been promoted commander on 16 February 1757 he moved to the sloop Badger 10, and shortly afterwards he took the name Walsingham on the death of his elder brother Henry, who had earlier assumed that name on inheriting an estate from Lady Osborne.

Walsingham was posted captain on 15 June 1757 with his appointment to the fifth-rate Jason 44, but without taking that vessel to sea he transferred to the newly commissioned Boreas 28 in August, going out to North America to serve in the Louisbourg campaign in which waters he captured the French frigate Diane 36 in April 1758. Upon returning to England with Admiral Hon. Edward Boscawen s squadron he was present during the brief engagement with the French squadron from Quebec on 27 October at the entrance to the Channel. He then commanded the same vessel under the orders of Rear-Admiral George Brydges Rodney in the Channel during the following year. 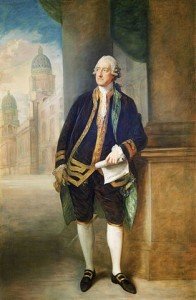 Despite their opposing political views Walsingham was a great friend of the First Lord of the Admiralty, the Earl of Sandwich.

In 1760 he transferred to the Modeste 64, and in the following year was sailing under the orders of Captain Charles Proby of the Thunderer 74, with the Thetis 32, Captain John Moutray and sloop Favourite, Commander Philemon Pownall, with instructions to run down the French vessels Achille 64 and Bouffonne 32 that were known to be sailing from Cadiz. The squadron intercepted and captured these vessels on 17 July.

After going out to the Leeward Islands in October 1761, Walsingham commanded the Modeste in the expedition against Martinique during 1762 and was given the honour of being sent home with Rear-Admiral Rodney s despatches. He was rewarded with an appointment in August to the new Romney 54, which at that time was considered to be a plum command, and he retained her until paying her off in February 1763 at the end of the war, whereupon he went on half-pay for the next fifteen years.

In February 1778 he recommissioned the ill-manned Thunderer 74, serving at the Battle of Ushant on 27 July 1778 where despite being heavily engaged his command only suffered seven casualties. During the subsequent political fall-out he sought a middle path in seeking to maintain harmony in the service, which given that he was a natural supporter of the Whig Admiral Hon. Augustus Keppel was particularly commendable. He even went so far as to speak against a motion demanding a court-martial on the Tory Vice-Admiral Sir Hugh Palliser, whom he considered had no cause to face censure over his part in the battle. Walsingham was also to speak in support of the Earl of Sandwich when the leading Whig, Charles James Fox, demanded the first lord of the Admiralty s removal from office. Meanwhile he continued to command the Thunderer in the Channel, being present in the fleet s retreat of August 1779, and with Captain James Bradby acting for him towards the end of the year.

In May 1780 he was ordered to raise a broad pennant aboard the Thunderer with his kinsman, Captain Robert Boyle Nicholas, and he was placed in command of a troop convoy that was to be sent out to the Leeward Islands to reinforce Admiral Sir George Rodney. Unfortunately contrary winds delayed his sailing for three months and the force did not arrive until July, whereupon he was detached under the orders of Rear-Admiral Joshua Rowley to join Vice-Admiral Sir Peter Parker at Jamaica.

The Thunderer was a member of Rear-Admiral Joshua Rowley s squadron of seven sail of the line when she was lost without trace off the north-east coast of San Domingo in the Great Hurricanes of October 1780. Any hopes that the ship may have survived were quashed in 1781 when it was legally declared that she had foundered with the loss of all hands.

On 17 July 1759 Walsingham married Charlotte, the spirited daughter and wealthy heiress of Sir Charles Hanbury Williams, a diplomat and author. They had issue a son who joined the Army and a daughter.

At the time of his death he was the M.P for Knaresborough, a seat he had held from 1768, having previously been M.P for Knaresborough from 1758-61 and thereafter M.P for Fowey from 1761-8. He had also held the Irish seat of Dungarvan from 1758-68. Walsingham was distantly related to the Cavendish family and the Duke of Devonshire through marriage, and he supported the Duke of Newcastle in opposition at the start of his parliamentary career, later joining the Rockingham sect in its denunciation of the American Revolutionary War. He often spoke in parliament and was respected for his calm thoughtfulness and moderation.

At the time of his death he was a colonel of marines, and he had been elected a fellow of the Royal Society in 1778. Despite their opposing political opinions he was a personal friend of the Earl of Sandwich, and the morning after the murder of the first lord s mistress, Martha Ray, it was Walsingham whom Sandwich requested come be with him. At various times he and his wife had apartments in Hampton Court, Windsor, and in Portugal Street.