1765-1846. He was born on 24 May 1765, the fifth and youngest son of the Tory M.P. for Clitheroe and later for Derbyshire, Nathaniel Curzon, who became the 1st Lord Scarsdale in 1761, and of his wife Caroline Colyear, the daughter of the Earl of Portmore.

Having been educated at Westminster School from 1774 Curzon entered the Navy on 14 October 1776 aboard the Aeolus 32, Captain Christopher Atkins, going out to the West Indies from where that vessel returned with a convoy in the autumn of 1779 to enter dock for repairs.

In the winter of 1780-1 Curzon joined the new Magnanime 64, Captain Charles Wolseley, as a midshipman. This vessel went out to the East Indies in June 1781 where Curzon removed into the Superb 74, flagship of Vice-Admiral Sir Edward Hughes, in which he fought against the Balli de Suffren at the battles of Providien on 12 April 1782, Negapatam on 6 July, and Trincomale 3 September. On 1 February 1783 he was commissioned lieutenant of the Monarca 60, Captain John Gell, being present at the Battle of Cuddalore on 20 June. The Monarca returned to England with Commodore Sir Richard King s squadron in July 1784.

Despite the country being at peace Curzon was immediately able to join the Flora 36, Captain George Stoney, going out to Jamaica, from where he had to return in December 1785 after contracting yellow fever. Once recovered he saw further service from the end of 1787 in the Mediterranean as the second lieutenant of the frigates Ambuscade 32, Captains Thomas Boston and William Henry King O Hara, and the Aquilon 32, Captain Robert Montagu.

As a young officer Curzon participated in the series of battles between Hughes and Suffren in the East Indies, including that of Trincomale, as pictured.

At the end of 1789 he was appointed the first lieutenant of the Adamant 50, Captain David Knox, the flagship to Rear-Admiral Sir Richard Hughes at Halifax, and in March 1790 he assumed the acting command of the sloop Brisk 16, which vessel returned to England from Nova Scotia shortly afterwards to be laid up. On 21 September 1790, during the course of the Spanish Armament, Curzon was promoted commander of the fireship Tisiphone 8, but he left this vessel two months later upon being posted captain with seniority from 22 November.

During the summer of 1791 Curzon took command of the frigate Lapwing 28, going out to the Mediterranean from Portsmouth in July and being sent to protect British interests at Villa Franca in 1792. Here he fell afoul of the Revolutionary authorities by refusing to salute their flag, and it was only with some difficulty that the Lapwing was able to escape from a difficult situation and put to sea, although even then it was to her good fortune that a French squadron in the offing was too distant to intercept her. The Lapwing came home with a convoy from Gibraltar at the commencement of the French Revolutionary War in 1793, and after cruising off Dunkirk in the summer she joined Admiral Earl Howe’s Channel Fleet as a repeater of signals, participating in the summer and autumn cruises before sailing from Portsmouth in January 1794 to be paid off in the Thames.

On 22 January 1794, as soon as he left the Lapwing, Curzon joined the new Woolwich-built eighteen-pounder frigate Pallas 32 following Lord Howe s recommendation to the Admiralty that he and his whole crew be removed to that vessel. She was in the Downs during April, and served thereafter in the Channel under the orders of Rear-Admiral George Montagu at the time of the Battle of the Glorious First of June. After entering Portsmouth in December the Pallas was present at the celebrated Cornwallis Retreat on 17 June 1795 before entering Portsmouth again for a refit in October and then putting back to sea in the following month.

In May 1796 the Pallas sailed from Portsmouth for Gibraltar with a convoy of Indiamen and other merchantmen, and after enjoying several cruises as well as running errands for the Mediterranean Fleet she spent the early summer of 1797 cruising off Lisbon. Whilst engaged in this activity she captured the Spanish letter-of-marque San Jos y Nuestra Se ora de Begoyna 16 from Bilbao bound for the Azores on 16 July. She was docked at Plymouth in the autumn for a refit, but on returning from a cruise off the coast of France on 4 April 1798 she lost the use of her best bower anchor in Plymouth Sound during a furious gale and drove ashore to be eventually wrecked on Mount Batten Point, suffering the one loss of life to a falling mast. During this incident the crew also witnessed the drowning of four men from the Canada 74, Commodore Sir John Borlase Warren, whose boat had overset whilst coming to offer assistance.

After several months on the beach Curzon was appointed to the Indefatigable 38 in succession to the brilliantly successful Captain Sir Edward Pellew on 28 February 1799. In April she had to enter Plymouth to effect repairs after encountering heavy seas off the Scilly Islands, and in May returned to Plymouth after a short cruise off Portugal in which she had been within sight of four Spanish sail of the line. These vessels had surprisingly made no attempt to intercept the Indefatigable, and it was concluded that they had almost certainly been the majority of a squadron from Ferrol that had been intent on rendezvousing with Vice-Admiral Eustache Bruix s fleet which had sailed from Brest on 25 April. Back at sea, Curzon s command took the privateer V nus 14 out of Rochefort on 31 May whilst attached to the squadron that was blockading the Spanish Ferrol squadron after it had eventually entered the French port.

In July 1799 the Indefatigable sailed for Ireland to take on troops for the Netherlands campaign, and on 23 October, in company with the Fisgard 44, Captain Thomas Byam Martin, she took the French frigate Venus 32 which was sailing from Rochefort to Senegal. Leaving Plymouth again on a cruise in January 1800, the Indefatigable captured the Bordeaux privateer Vengeur 16 on 12 June, and during August she was attached to Rear-Admiral Sir John Borlase Warren s expedition to Ferrol. Continuing to suffer in the Atlantic storms, the Indefatigable was forced once more into Plymouth in November having lost her cables and anchors in a particularly violent gale off the coast of France.

In December 1800 Curzon handed command of the Indefatigable over to Captain Matthew Henry Scott upon his appointment to the Montagu 74 in the Channel. However, this vessel, under the temporary command of Captain Robert Cuthbert, had already joined Rear-Admiral Sir Robert Calder s squadron which had sailed in search of Rear-Admiral Honor Ganteaume s fleet during that officer s cruise from January to July 1801. Instead, in April Curzon was appointed to the Audacious 74 at Plymouth, but before she could sail he was invalided from his command, and for the next six years heremained unemployed due to serious illness.

He returned to active service with his appointment to the brand new Elizabeth 74 on 10 June 1807, reaching Plymouth from Woolwich in October and initially seeing duty in the Channel. She then joined the squadron serving off the Tagus under the command of Rear-Admiral Sir William Sidney, from where Curzon was sent to the Azores to report on the feasibility of using those islands to the benefit of British forces. Returning to the Tagus, he helped evacuate the Portuguese Royal family from Lisbon on 29 November, and later joined Rear-Admiral Charles Tyler s squadron in escorting to England the Russian fleet which had been impounded at Lisbon following the Convention of Cintra on 30 August 1808. The Elizabeth was later present under the orders of Rear-Admiral Samuel Hood at the re-embarkation of Major-General Sir John Moore s army following the Battle of Corunna on 16 January 1809. 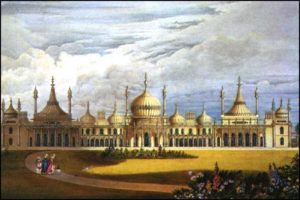 Following his unwelcome retirement Curzon became a familiar figure in ‘society’ and spent time at such popular destinations as Brighton.

In April 1809 the Elizabeth was sent to Rio de Janeiro in the expectation that a French squadron was heading for the River Plate, and although that proved to be a force alarm Curzon remained as the second-in-command to Rear-Admiral Hon. Michael De Courcy on the South American station. He eventually arrived home with the Elizabeth and her convoy in April 1810, having given passage to Captain Charles Schomberg.

During his absence abroad Curzon had been appointed a colonel of marines on 25 October 1809, and with his promotion to rear-admiral on 31 July 1810 he left the Elizabeth after finishing his active career in command of a squadron at the blockade of Cherbourg. In September 1813 it was reported that he was to replace Rear-Admiral Sir Francis Laforey as the commander-in-chief in the Leeward Islands with his flag aboard the Rodney 74, but in the event Rear-Admiral Philip Durham assumed this post and despite further requests for employment Curzon entered an involuntary retirement.

He was further promoted vice-admiral on 4 June 1814, and admiral on 22 July 1830, and he remained in the public eye with his regular appearances in fashionable circles at London, Brighton and Cheltenham, as well as at royal levees and in his home county of Derbyshire.

Admiral Curzon died on 2 May 1846 at Derby having never married.

His residence was given as Wigmore Street, Cavendish Square, London. During his retirement he was a contributor to charitable causes, but on one occasion made the newspapers after being taken for money by a member of the London begging-letter fraternity .