1753-86. He was born on 10 December 1753, the second son of Constantine Phipps, 1st Baron Mulgrave in the Irish peerage and his wife Lady Lepell Hervey, the granddaughter of the 1st Earl Bristol and sister of Admiral Augustus John Hervey, 3rd Earl of Bristol. He was the younger brother of Captain Hon. Constantine Phipps, the 2nd Lord Mulgrave and older brother of General Hon. Henry Phipps who became Earl of Mulgrave, was foreign secretary from January 1805 to February 1806, and first lord of the Admiralty from 1807-10.

He was commissioned lieutenant on 19 January 1771 and was appointed to command the bomb Strombolo 10 in February 1776, going out to North America with Commodore William Hotham s convoy in May and being promoted commander on 10 May after the commencement of the voyage. As a direct result of the election to Parliament of his brother in the Admiralty s cause, he was posted captain on 1 August 1776, and appointed to the Camilla, then at Plymouth which would be brought out to North America by Commander Samuel Clayton. Whilst awaiting the arrival of his command he spent a good deal of time in small boat operations assisting the army in the New York campaign of July-October 1776, and he led a division of boats at the invasion of Long Island.

Having joined the Camilla in New York at the beginning of December his vessel formed part of a squadron sent to winter at Antigua where in a reorganisation caused by the death of Captain Thomas Wilkinson of the Pearl 32 he was appointed by Vice-Admiral James Young to replace Captain George Keith Elphinstone aboard the Perseus 20. Upon rejoining the North American station at the end of May the appointments were reversed by Vice-Admiral Lord Howe as he considered they should only have been made by him 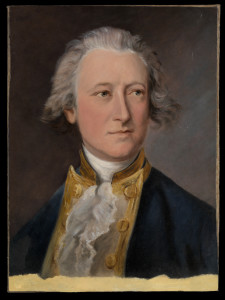 Commanding the Camilla 20 from the late spring of 1777, Phipps continued serving on the North American station, leading a boat attack on the rebel flotilla in the Maurice River in June, and participating in the Philadelphia campaign from August to November. He was then ordered to defend the town over the winter. In April 1778 he joined the Ariel 20, and at the end of September exchanged with Captain Thomas Mackenzie into the Lizard 28 in order to return home, arriving in December after a three-week voyage.

On 22 June 1779 his Ambuscade 32, which he had recommissioned in the previous March at Chatham,, took the French brig H l ne 16 in the Channel. Having served in the Channel fleet retreat of August 1779, and the defence of Guernsey in September , the Ambuscade had several masts damaged by a lightning strike off the Azores on 26 March 1780. She then served with the Channel fleet from June in the initial stages of the 1780 campaign, and took the privateer Eleonore on 4 July 1780 before Phipps left her afterwards to commission the ex-French privateer Monsieur 36. . With this vessel he took the Chevreuil 20 on 15 December, served at the relief of Gibraltar on the following 12 April 1781, and in company with the Minerva 38, Captain Charles Fielding, he took the Jason 22 off Cape Clear on 10 October.

He next held the acting command of the Courageux 74 for his brother, Lord Mulgrave, participating in the Channel fleet campaign of June-December and Rear-Admiral Richard Kempenfelt s brilliant attack on a French convoy on 12 December 1781. From 18 March 1782 he commanded the Berwick 74, serving in the Channel fleet although from May to July Captain Samuel Osborn briefly acted for him. He was present at the relief of Gibraltar on 18 October, and then went out to the West Indies with Rear-Admiral Sir Richard Hughes squadron in December before paying her off at Portsmouth on 24 June 1783.

Phipps served as MP for Scarborough from February 1779 in succession to Vice-Admiral Sir Hugh Palliser and in that officer s interest and that of the Lord North administration, although he never spoke in parliament. From 1784 he was a supporter of William Pitt but he lost his seat that year. In June however he was elected at Minehead, retaining the seat until his death.

He died unmarried on 20 October 1786 at the family seat of Mulgrave Hall, Yorkshire.