Colins was commissioned lieutenant on 2 November 1761.

In early September 1769 he took the recommissioned schooner Magdalen 6 out to Virginia from Portsmouth, and he remained in North America for the next six years. His employment on this station was varied, as in May 1773 when in company with the Lizard 28, Captain Charles Inglis, he sailed from Rhode Island via Charleston to the south with the intention of examining woods for the future supply of timber to the Navy.

In June 1775 the Magdalen was threatened by the inhabitants of Williamsburg and a militia led by the prominent rebel Patrick Henry, after the beleaguered governor of Virginia, Lord Dunmore, had ordered the removal of gunpowder from the local magazine. Colins was obliged to evacuate the governor and his family down river to Yorktown, and on 28 July his command arrived at Portsmouth with Lady Dunmore and her children. Such was the gravity of the news from Virginia that whilst Lady Dunmore took off for London, Colins prevented any local boats from approaching the Magdalen. He appears to have left the schooner shortly afterwards. 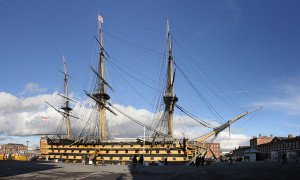 He was promoted commander on 23 August 1777 of the sloop Zebra 14, which was on the North American station, and in order to take up that position he sailed from Portsmouth four days later in command of the Fowey 24. The six-week passage took its toll on the men, with Colins being obliged to transfer over a third of his crew to hospital upon the Fowey’s arrival at New York. On 21 November Captain John Henry assumed command of the Fowey, but Colins was unable to join the Zebra as the local commander-in-chief, Vice-Admiral Lord Howe, had appointed Commander John Orde to that vessel on 26 September after Commander Hon. John Tollemache, who had been due to leave the Zebra for the incoming Fowey, had been killed in a duel the day before.

Eventually assuming command of the Zebra 14 when Orde was posted captain in May 1778, Colins was despatched by Vice-Admiral Lord Howe to look out for the arrival of the French Toulon fleet on the American coast, and after bringing in news of their approach he was present at the defence of New York in July. At the end of September, he took the Zebra out of New York with fifteen other small vessels in what became known as the Egg Harbour Expedition, and he proceeded up to Chestnut Neck where he ordered the destruction of the town and ten vessels on 6 October. Following the arrival of rebel artillery he decided to abandon the enterprise, but as she was unable to re-cross the bar, the Zebra was abandoned in Little Egg Harbour on the 21st, and was fired and blown up the next day.

Having returned to England, Colins was posted captain on 20 March 1779 and appointed to the Victory 100 as the flag-captain to the recalled Channel Fleet commander-in-chief, Admiral Sir Charles Hardy, this being at a time when the country was in great peril and still reeling with the fallout from the Battle of Ushant. After Hardy raised his flag at Portsmouth on 17 May, the Victory dropped down to Spithead with the fleet, but at the turn of the month she was ran afoul by a vessel carrying military stores and had to return to dock. On 14 June she put down to St. Helens with the fleet once more and then proceeded to sea, and Colins continued to command her throughout the Channel Fleet Retreat in August. He later participated in various autumn cruises, and he was still her commander whilst she was coppered in the following spring.

On 27 April 1780 he was appointed to the frigate Aurora 28, which was at Plymouth in May, and at the end of the month his command sailed from Lymington with transports and the trade for Ireland. On 30 June she arrived at Portsmouth with a convoy of transports and other vessels from the Downs, she then proceeded to Portland and Plymouth on further convoy duty, and at the end of July put out from Plymouth with a thirty-sail convoy. Her consort, the Childers 10, Commander Hon. John Chetwynd, took the 6-gun privateer Black Princess off Lands’ End on 28 July, and a week later the Aurora drove the privateer’s consort ashore in Dublin Bay after a sixteen-hour chase. Shortly afterwards another captured privateer, the French Mayflower, was sent into Dublin by the Aurora. For several weeks a convoy under her charge for London and Bristol was detained in Dublin Bay by contrary winds, but by 28 August she was off Penzance, and on 24 November she arrived at Portsmouth from Plymouth and Falmouth.

Continuing to command the Aurora in home waters, on18 February 1781 Colins arrived at Cork from Waterford, and four days later his frigate put out with the escort for the West Indies convoy, although she soon returned. She captured the St. Malo privateer Espérance 10 off Lands End on 23 April, but after taking her into Mounts Bay, Penzance, the Aurora was blockaded by a 50-gun French vessel and two frigates. Once she was able to put to sea again, she took the Morlaix privateer Comte de Guichen 16 on 4 May after a fourteen-hour chase. It appears that Colins left the Aurora shortly afterwards.

He was next appointed to the Aeolus 32 on 18 January 1782, which was at Plymouth in March and captured the St. Malo privateer Aglaé 20 off Cornwall on 18th April whilst sailing for Waterford. She departed that month for Newfoundland where she remained throughout the summer, and she arrived at Lisbon towards the end of the year with a convoy of around sixty vessels before reaching Portsmouth with other men-of-war and the Newfoundland and Lisbon convoys in January 1783. On her voyage home from the Tagus, she brought with her the dozen survivors of the Centaur 74, Captain John Inglefield, which had foundered during the Central Atlantic Hurricane on the previous 23 September. The Aeolus was eventually paid off in April.

After six years on the beach, Colins was appointed to the Culloden 74 on 25 June 1789, being ordered to join a small squadron of eight sail of the line to be reviewed by the King in July off Portland, and days later being instructed to prepare for sea at Plymouth. In September it was reported that she was in such a poor condition that her officers and men were to be turned over to the Captain 74, but any decision must have been reversed, as she remained in commission at Plymouth. On 25 May 1790 she sailed from the Devonshire port for Portsmouth, and she was attached to the Grand Fleet during the Spanish Armament of 1790.

On 3 September 1790 the Culloden anchored with ten other sail of the line in Plymouth Sound before returning to Portsmouth in October with orders to go out to the Leeward Islands with Rear-Admiral Samuel Pitchford Cornish’s squadron. Departing Portsmouth on 26 October, this force was at Madeira on 9 November and sailed for the Caribbean four days later. With the squadron’s return to European waters, the Culloden entered Plymouth on 8 February 1791, and although Colins was still listed as her commander on this date, his death had been confirmed by the time she reached Spithead on 13 March.