c1729-91. He was the second son of Henry Bellew of Stockleigh Court, Stockleigh English, Devon, and of his wife, Frances Barbor of Lary and Raleigh, Devon. 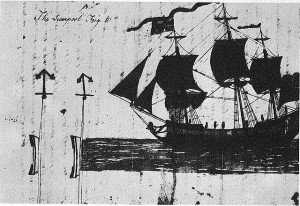 Bellew was commissioned lieutenant on 23 June 1756, having passed his examination five years earlier, and he commanded the Dispatch 14 from November 1762 until March 1763. He was promoted commander on 6 November 1764, and recommissioned the sloop Beaver in June 1767, going out to North America that autumn, delivering William Spry to take up the governorship of Barbados in February 1768, and serving at Halifax and Boston during 1768-70.

In October 1770 he briefly had the Romney 50 at Spithead, moving to the Hussar 28 shortly afterwards and sailing for the Downs on 3 December from Portsmouth, reportedly to impress men for the fleet. He was posted captain on 10 January 1771 of the Colchester 50 for purposes of rank only.

Bellew recommissioned the Solebay 28 in June 1775 with the intention of sailing for North America, but he left her shortly afterwards when her timbers were discovered to be so rotten that she was deemed unserviceable. Once the Liverpool 28 was commissioned at Chatham in July he departed for North America from that port on 25 August. In January 1776 he torched the town of Norfolk, Virginia following an initially polite and courteous discourse with the rebel Americans holding the town after they had refused fresh provisions to the Navy and fired upon their boats. The rebels also set fire to part of the town that had purposefully been left unmolested by the British, apparently to raise local ire against the ‘oppressors’. During May 1776 the Liverpool was stationed in the Delaware with the Roebuck 44, Captain Andrew Snape Hamond, where on the afternoon of the 9th they were attacked by a host of small rebel craft coming down from Mud Island. The Roebuck grounded during this action, was re-floated during the night, but the next day both vessels were obliged to retire downriver when the attack resumed.

The Liverpool captured the rebel privateer schooner Warren 4 on 26 August 1776, and reports soon surfaced in Britain of her remarkable success in having taken or re-captured a dozen vessels, for which her crew received up to forty guineas each. One account, based on a letter from Virginia, of her forcing the surrender of the privateers Defiance 18 and Revenge 12 off Cape Fear after a two-hour action at pistol-shot range that saw forty-seven of the enemy killed in return for one man on the Liverpool may have been erroneous, as was definitely the case with another that appeared in November stating that she had been blown up in an engagement with another privateer.

On 2 March 1777 the Liverpool arrived at Plymouth Dock from New York via Halifax with dispatches for the government which Captain Bellew immediately hurried to London. Just ten weeks later, on 12 May, the Liverpool sailed out of Plymouth, giving passage to Lieutenant-General Sir Henry Clinton and his aides Lord Thomas Pelham Clinton and Lord Rawdon, and she arrived in the Hudson’s River to join Vice-Admiral Viscount Howe’s fleet on 5 July in time to participate in the Philadelphia Campaign of August-November. She was subsequently wrecked in Jamaica Bay, Long Island on 11 February 1778, although her crew were saved.

During the latter part of October 1778 Bellew took command of the recently captured French frigate Licorne 36 at Portsmouth, sailing out of the harbour in February 1779 and promptly capturing a French privateer off Lyme Regis. He left her shortly afterwards in March, never to be employed again

In 1789 Bellew inherited the estate of Stockleigh Court in Devon from his late nephew, but he died two years later in Exeter on 18 April 1791.

He married Anne, widow of Thomas Wentworth, but had no issue, although she had children from her previous marriage.