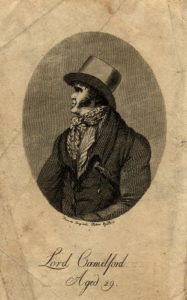 Cayley presided over the famous court martial on Lieutenant Lord Camelford, following his shooting dead of a fellow officer.

Cayley was commissioned lieutenant on 26 July 1762, but had to wait until 14 February 1781 before earning his next promotion to that of commander, joining the Harpy 18. On 1 May 1782 he was posted captain, being appointed to the Edgar 74 with the broad pennant of Commodore William Hotham, and he served in the Channel fleet campaign of April – August and the relief of Gibraltar on 18 October. Thereafter he remained with the Edgar through to the peace of 1783.

Following the outbreak of hostilities with revolutionary France in 1793 he remained unemployed until he commissioned the newly-built Unicorn 32 in August 1794. After leaving her in July of the following year he commissioned the Battle of the Glorious First of June prize Juste 80, but retained her for but a few months.

In April 1795 he commissioned the ex-East Indiaman Malabar 54 which he took out to the Leeward Islands in the following February, having originally put out from Portsmouth with Rear-Admiral Hugh Cloberry Christian’ replacement convoy in December. Upon being despatched by Vice-Admiral Sir John Laforey, he led a small force otherwise consisting of one 64-gun ship, two frigates and a sloop that took the Dutch islands of Demerara and Essequibo on 23 April, and Berbice on 2 May. A number of lucrative merchantmen were also seized in addition to the Dutch ships Thetis 24 and Zeemeeuw 12, although unfortunately the latter two were soon lost. To make matters worse, having left Jamaica in July with a convoy for England the Malabar foundered on 10 October some six hundred miles off Cornwall, although her crew were safely taken aboard the Whitby merchant brig Martha.

Cayley was still the captain of the Invincible which was under repair in the dockyard at Chatham when he died on 3 January 1801.