1768-1838. He was born on 13 December 1768 at Salisbury, the second of six sons and three daughters of James Tobin, a plantation owner and merchant from the island of Nevis, and of his wife Elizabeth Webbe, a slave owner from the same island. He was the younger brother of the radical abolitionist James Webbe Tobin, and the elder brother of the dramatist John Tobin.

Tobin was educated at Southampton Grammar School, and in the summer of 1780 he entered the Navy aboard the Namur 90, Captain Herbert Sawyer, serving in the Channel fleet and participating in the campaigns of June-December 1780, June-November 1781, and the relief of Gibraltar on 12 April. Captain Sawyer resigned the command when the Namur was ordered out to the Leeward Islands at the end of 1781, but Tobin remained with the vessel and was present under Captain Robert Fanshawe at the Battle of the Saintes on 12 April 1782, and thereafter was employed aboard her until the end of the war in 1783.

During the peace he served aboard the Plymouth guardship Bombay Castle 74, Captain Sawyer, and in February 1785 joined his patron on the Thisbe 28, Captain Isaac Coffin, going out to Halifax where Sawyer had been appointed commodore and commander-in-chief. Here he served successively aboard the promoted Rear-Admiral Sawyer s flagships Assistance 50, Captains William Bentinck and Nicholas Sawyer, and the Leander 50, Captain Sir James Barclay, remaining with the latter until June 1787. 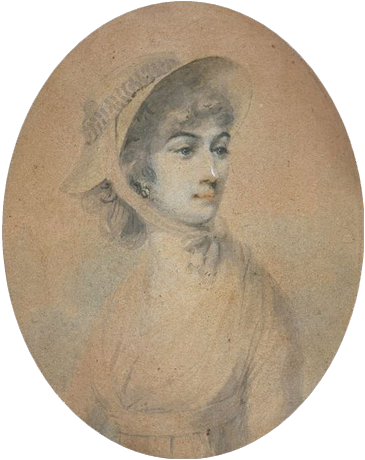 Tobin’s family were close to Lord Nelson;’s wife Frances through connections to the island of Nevis.,

From 1788-90 Tobin was employed in the service of the East India Company, voyaging to Madras and China, and after joining the Tremendous 74, which was fitting out at Deptford but not commissioned during the Spanish Armament of 1790, he was awarded a lieutenant s commission on 14 November.

From 1791-3 he served in Captain William Bligh s second mission to Tahiti aboard the Providence 16, the first mission having been curtailed by the mutiny on the Bounty in 1789. During this voyage he proved his skills as a draughtsman, and he made many excellent sketches and drawings. Upon returning to England in August 1793 his work, also including, charts and comments, was handed over to the Admiralty, and despite many requests in his later years he was never able to retrieve it.

Shortly after his return Tobin learned that he had missed the opportunity to take up an appointment that had been kept open for him as the third lieutenant of the Agamemnon 64, Captain Horatio Nelson, to whom his family was connected by a friendship with Frances Nelson, herself a native of Nevis. Instead he was appointed second lieutenant of the frigate Thetis 38, Captain Hon. Alexander Cochrane, with whom he remained for upwards of four years, seeing service off Norway during the first winter, and then going out to Halifax in the early summer of 1794. On this station he was soon placed in command of a tender, the schooner Princess of Wales, before returning to the Thetis as her first lieutenant.

After a short period aboard Vice-Admiral George Vandeput s flagship Resolution 74, Captain William Lechmere, Tobin was promoted commander on 12 July 1798, and joining the cedar-built Dasher 18 at Bermuda he served for the following year on the North American station before escorting the trade home.

Despite Tobin s wish to join Rear-Admiral Lord Nelson in the Mediterranean, the Dasher was placed under the orders of Vice-Admiral Sir Thomas Pasley at Plymouth, and during 1800-1 she enjoyed several cruises off France, and in particular the Isle of Bas, where she had variable success against the French coastal trade. On 3 April 1801, off the Isle of Bas, Tobin sent his boats to recover the brig William, a prize of the French privateer Renard, with his men catcalling at the shot from an enemy battery which failed to hit them as they towed the merchant vessel out. In June the Dasher grounded off the Isle d Yeu, Poitou, but nothing daunted Tobin launched his boats under the command of Lieutenant Fredrick Bedford, who with Lieutenant James Nicholson of the schooner Suwarrow 10 chased after two enemy brigs which the French had to set on fire to avoid capture. During the incident Mr Bedford s boat was hit by a stern chaser and was sunk, with the lieutenant losing his left leg high above the knee as a consequence. The Dasher was paid off at Plymouth on 10 October 1801, whereupon Tobin went on the beach.

During the peace Tobin was one of many officers posted captain on 29 April 1802, and although he was not immediately re-employed when the country went back to war in May 1803 he eventually joined the Northumberland 74 off Ferrol in September 1804 as flag-captain to Rear-Admiral Hon. Alexander Cochrane. In this capacity he served in that officer s pursuit of Rear-Admiral Edouard Missiessy s squadron following the French breakout from Rochefort on 11 January 1805, and he remained on the Leeward Islands when Cochrane assumed the command of the station in the spring.

In September 1805, whilst still serving under Cochrane in the Leeward Islands, Tobin transferred to the eighteen-pounder frigate Princess Charlotte 36, in which he captured the French corvette and ex-British sloop Cyane 26 off Tobago after a desperate hour s defence on 5 October. During this engagement his command sustained casualties of seven men wounded, two of whom later died, in return for French casualties of three men killed and nine wounded. Tobin had initially attracted the Cyane and the brig Na ade 16 towards the Princess Charlotte by disguising his frigate as a merchantman, and although the other French ship escaped she was taken a week later by the Jason 32, Captain William Champion.

The Princess Charlotte returned to England with a convoy in the summer of 1806, initially with instructions to escort it as far as the Newfoundland Banks, but then remaining with the merchantmen on the homeward voyage to deter any possible attack from four French frigates which stalked the fleet over several days. She was thereafter employed off Ireland and in April 1808 helped escort the West Indies fleet as far as Madeira. Returning to Plymouth in July, the Princess Charlotte was back on the Irish station at the beginning of August, and she went out from Cork in the spring of 1809 to the Leeward Islands and Jamaica with another convoy before returning to Plymouth.

In early August 1809 the Princess Charlotte left Plymouth under secret orders but was forced back to port by adverse winds, following which she sailed for St. Helena to bring home three East Indiamen, for which safe conduct Tobin was rewarded with two hundred guineas towards the purchase of plate after coming into Spithead at the beginning of January 1810. Going out once more on a cruise, the Princess Charlotte soon sent in a Danish ship with fish that had been destined for Bordeaux, and which she had captured at the end of March.

On 9 January 1811 the Princess Charlotte took the Granville-based privateer Aimable Flore 14, and she returned to Plymouth from Coruna in early October before sailing for that station on Christmas Day with a small convoy. The Princess Charlotte was renamed the Andromache in January 1812 as a new Princess Charlotte was building on the stocks at Portsmouth, and in March Tobin s newly-named command detained and sent into Plymouth the American sloop Hotspur, which had been carrying despatches for the American ministers in France. Thereafter she continued to cruise off Coruna, sending in a captured French privateer schooner of 14 guns to Plymouth in May and returning to that port in June. By the end of the year Tobin was the senior officer off the Gironde, although in January 1813 it was widely reported in the newspapers that he had been killed in action with two French frigates, these reports being corrected a week later. 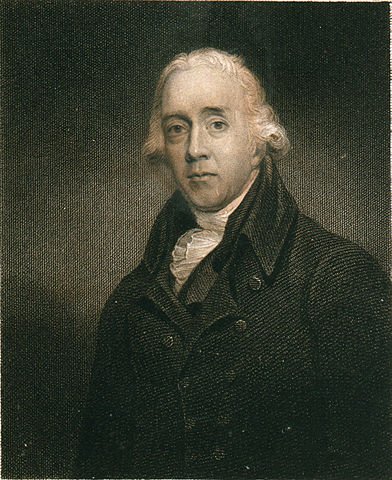 A fine artist himself, Tobin provided advice and inspiration to the celebrated maritime painter, Nicholas Pocock.

On 14 March 1813 the Andromache took the American letter-of-marque Courier 6, and in July she emerged from a refit at Plymouth and went out to co-operate with the army in Spain under the orders of Captain Sir George Collier, conveying the French garrison from St. Sebastien to England in September. On 23 October she captured the storm damaged newly launched French frigate Trave 40 in fifteen minutes, this being a ship that was mostly crewed by Dutch and Flemish sailors, and which Tobin escorted into Plymouth where she was bought into the Navy. Further captures were the schooner Prosp re 5 off Arcasson on 20 December, the American letter-of-marque Fair American 4 off Bordeaux on 18 January 1814, and the French privateer Com te 14 off Bordeaux on 14 March. Later that month Tobin led Rear-Admiral Charles Penrose s squadron in the forcing of the Gironde, his men busily capturing shipping and reducing forts as they made their way up river, and on returning to Spithead at the end of the war the Andromache was present when the fleet was reviewed by the Allied heads of state.

Once the Andromache was paid off at Deptford in July 1814 Tobin did not see any further active service, and he nominally retired to Teignmouth in Devon. On 8 December 1815 he was nominated a C.B, and following her launch in 1820 he commanded the Prince Regent yacht at Deptford until she was sold to Said Bin Sultan Ali-Said, the Sultain of Muscat in 1836.

Tobin was promoted rear-admiral on 10 January 1837, and he died at Teignmouth, Devon on 10 April 1838 having suffered a paralytic episode two years previously that greatly debilitated him.

On 13 June 1804, at St. George s, Bloomsbury, he married Dorothy Skelly of Richmond, Yorkshire, the daughter of Captain Gordon Skelly of the Navy who had drowned in 1771 whilst commanding the Lynx, and the widow of Major William Duff of the 26th Regiment. They had issue a son, George Webbe Tobin, born in Bristol in October 1807, who saw service with the Dragoon Guards, and a daughter, Eliza Lucy Hope, who died aged 23 at Bennett Street, Bath, in March 1834. His wife s daughter from her previous marriage married Captain Rowland Mainwaring RN on 31 December 1810 at Stoke Church, Plymouth Dock.

Well-educated and an exceedingly talented artist, Tobin produced many sketches during his voyage with Captain Bligh. When ashore at the turn of the 19th century he provided advice to the celebrated maritime artist Nicholas Pocock, and he later provided inspiration at Teignmouth to another renowned artist, Thomas Luny. During Tobin s early career his father attempted to secure his advancement by favouring members of the establishment and captains with expensive gifts, without a great deal of success. He appears to have been an excellent seaman who was greatly admired by his men.