1739-1808. He was born on 28 March 1739 at Strangeways, Manchester, the second son of Francis Reynolds, heir to a South Sea Company director, and of Hon. Elizabeth Moreton, the eldest daughter of the 1st Lord Ducie. He was the nephew of Matthew, 2nd Lord Ducie.

Having served under Captain Lord Richard Howe aboard the Magnanime 74, Reynolds was commissioned lieutenant on 28 April 1758, seeing further service on the Melampe 36, Captain William Hotham, in the North Sea.

He was promoted commander on 21 November 1760, joining the Weazle 16 in the Channel, sailing from Plymouth for Cork and Gibraltar in January 1761, and then leaving the Rock with the homeward-bound convoy at the end of February. Later enjoying a seven-week cruise on the coast of Spain, he drove an 18-gun Bayonne privateer ashore near Cape Ortegal on 9 August, from which vessel he rescued eighty-one men and delivered them to Belleisle. He also captured the privateer Duc de Bourbon on 18 October. On 18 January 1762, the Weazle departed Goree and Senegal to arrive at Plymouth several weeks later.

Reynolds was posted captain of the Ludlow Castle 44 for purposes of rank only on 12 April 1762, which vessel was undergoing repairs at Deptford, and he joined the small frigate Garland 24 on 24 May. At the end of the month she put out of Plymouth, and she was employed off the coast of France and in a voyage to Africa prior to being paid off at Chatham in February 1763.

In April 1763 he recommissioned the Flamborough 24, sailing from St. Helens for Gibraltar and Minorca in August with several transports, although rough weather disrupted the early days of the passage and they briefly had to put back. During the summer of 1764 the Flamborough was at Cadiz and Lisbon, but Reynolds was reported as commanding the Faversham 44 in the Mediterranean at that time, arriving at Naples in July and then sailing for Minorca. In February 1765 he brought the Flamborough into Lisbon from Gibraltar before sailing the next week for England, whereupon his command went into dock at Portsmouth. He later commissioned the frigate Quebec 32 at Portsmouth during June 1769, which vessel was employed in the Leeward Islands until paid off in August 1772. 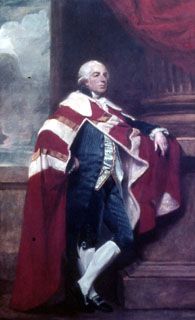 Reynolds recommissioned the Augusta 64 at Chatham in November 1776, going around to Portsmouth in January 1777 and then out to North America in March. During the Philadelphia Campaign of August-November his command was destroyed by fire on 23 October after going aground in the attack on Mud Island, with Reynolds himself being carried to safety by Captain Andrew Snape Hamond’s barge from the Roebuck 44. At the court-martial into the loss of Augusta presided over by Captain George Ourry aboard the Somerset 64 off Billingsport on 26 November, Reynolds was acquitted of any failure attributable to her loss, and he returned to England shortly afterwards aboard the transport Dutton with Vice-Admiral Lord Howe’s dispatches.

His next command was the Jupiter 50, to which he was appointed in July 1778, going out from Portsmouth on 28 August to sail for Elsinore with the St. Petersburg convoy, and there to remain until the return convoy had assembled. Whilst later cruising off Cape Finisterre on 20 October, and being in company with the Medea 28, Captain James Montagu, Reynolds gave chase to the French Triton 64 commanded by the Comte de Ligondés, believing at first that she was an Indiaman before establishing her real identity. After a five hour pursuit from 1 p.m. a ferocious engagement commenced in squally weather at 6 p.m., and within thirty minutes the Medea, which had engaged the Triton on her lee quarter whilst the Jupiter attacked from to windward, was forced out of the action. Thereafter the difficulty of fighting in the darkness on a looming shore prevented Reynolds from driving home what he perceived to be a probable victory. The two-hour engagement saw the French vessel suffer casualties of thirteen men killed and thirty wounded, including her commander who had been obliged to leave the deck, whilst the Jupiter lost three men killed and eleven wounded, three of them fatally. The Triton put into Corunna to lick her wounds whilst the two British vessels made for Lisbon to attend to their repairs.

On 1 April 1779 the Jupiter left Portsmouth, and within hours she came upon the sloop Delight 14, Captain John Leigh Douglas, which was in the process of capturing the French privateer Jean Bart 20. Reynolds took custody of the prize and carried her into Plymouth so that the sloop could proceed on her Admiralty orders, and he then left the Devonshire port on 4 April to cruise in the Bay of Biscay and monitor the French fleet. Two weeks later reports began appearing in the newspapers, together with what pertained to be a letter from an officer serving aboard the Jupiter, claiming that she had been captured by two French 74’s off Ushant after incurring huge casualties, and that she had been carried into Brest. Happily, the reports were soon established to be false.

On 26 May 1779 the Jupiter again found herself in action off Cape Finisterre when she fell in with a French convoy escorted by a squadron of men-of war under the command of Rear-Admiral Jean Toussaint Guillaume La Motte-Picquet de la Vinoyère, including six sail of the line. Fearlessly, Reynolds pitched into the middle of the enemy in the hope that he could take a prize and obtain intelligence of their destination, and despite coming under hot fire from the Blanche 32, and personally sustaining splinter wounds in his leg, he did manage to capture one vessel and put a prize crew aboard her before being driven off without his capture by seven of the enemy vessels. Crucially, the prisoners he took out of the prize were able to provide him with information of the French fleet’s destination, and he was able to send this intelligence home from Lisbon.

He later commanded the Jupiter during the Channel fleet retreat of August 1779, and thereafter saw service in the defence of Jersey. On 3 October, upon being sent to the River Shannon to bring home an East India convoy that was considered the richest ever to arrive in British waters at one time, and being in company with the Apollo 32, Captain Philemon Pownall, and the Crescent 28, Captain Charles Hope, he took two French cutters off the Lizard, these being added to the navy under their own names, Pilote and Mutine. On 10 November he sailed from Limerick for England with what had turned out to be a mixed convoy including eight East Indiamen, arriving at Portsmouth four days later, but having seen one of the East Indiamen and a French East Indiaman prize wrecked near the Caskets, north of Alderney, although it appears that their crews and some of the cargo were saved. The Jupiter then put out of the Hampshire port on 1 December, heading for the Downs and then sailing into the North Sea in search of the American privateer, John Paul Jones.

In February 1780 the Jupiter sailed for Cancale Bay with the Ambuscade 32, Captain Hon. Charles Phipps, upon the presumption that the French were going to launch an attack on Jersey, and during May yet another false report appeared in the newspapers to the effect that the Jupiter had recaptured the Ardent 64 off the Azores and had carried her into Plymouth. At the time Reynolds was in fact still in command of the squadron blockading a number of French transports in Cancale Bay.

On 20 September 1780 Reynolds was appointed to the Monarch 74, joining Rear-Admiral Sir Samuel Hood’s reinforcements going out to the West Indies at the end of October, and taking the place of Captain Adam Duncan, who had not wished to serve on that station on account of his health. He was present at the capture of St. Eustatius on 3 February 1781, and was selected by Admiral Sir George Rodney to take three vessels in pursuit of the Dutch sail of the line Mars 60 and a richly-laden thirty-strong convoy which had departed the island the day before. On 4 February he brought the Mars to action, and she struck her colours when her senior officer, Rear-Admiral Willem Crul, was killed. On 29 April the Monarch fought at the Battle of Fort Royal, and on 5 September was present but barely engaged at the Battle of Chesapeake Bay.

Returning to the West Indies with Rear-Admiral Hood, Reynolds commanded the Monarch 74 at the Battle of St. Kitts on 25-26 January 1782, and at the Battle of the Saintes on 12 April, where his casualties of sixteen men killed and thirty-three wounded were amongst the highest in the fleet, and where the performance of the Monarch was saluted by many contemporaries. During the action his ship ran out of powder and had to wait to be re-supplied with forty barrels by a frigate. Having sailed to North America in September under the orders of the new Leeward Islands commander-in-chief, Admiral Hugh Pigot, the Monarch returned to England in the following summer and was paid off, with Reynolds being presented to the King shortly afterwards.

Reynolds was the M.P. for Lancaster from April 1784, and following the death of his brother, Thomas, he acceded to the reformed title of the 3rd Lord Ducie of Tortworth on 11 September 1785, whereupon he resigned from the Navy and Parliament. He assumed the additional name of Moreton in 1786, and in August 1788 he entertained the King and Queen to dine at his residence of Spring Park near Stonehouse with a cold collation during the royal visit to Gloucestershire. Following his second marriage in January 1791 he was soon parading through town in a new and elegant coach, and six months later the newspapers were reporting that he had recovered from an unknown disposition, with his physicians intriguingly advising him that although he was a new bridegroom, he was not a young man. Following his wife’s death he became a leading member of society in Gloucestershire, and in his later years he held the title of Provost-Marshal of Barbados.

Lord Ducie died at his residence of Tortworth Park, Gloucestershire, on 19 August 1808.

On 10 October 1774 at St. George’s, Hanover Square, Reynolds married Mary Provis of Shepton Mallet and Braysnston Street, Portman Square, by whom he had two sons before her early death in June 1789. On 18 January 1791, in his new wife’s residence at Berkeley Square, and in a ceremony officiated by the Bishop of Bristol, he married by special licence the exceedingly wealthy heiress Sarah Jodrell of Osterley Park, Middlesex, the widow of the M.P for Wells, Robert Child. She died two years later in her house on Berkeley Square on 23 May 1793, whereupon her estates descended on her daughter, Lady Westmoreland, who also died young in November of that year. Ducie’s eldest son, Thomas, married Lady Frances Herbert, the only daughter of Lord Caernarvon, in December 1797, and his second son, Francis, entered the Army. His residence at Spring Park was later known as Woodchester Park, whilst he also owned Tortworth Park near Wootton-under-Edge, both in the county of Gloucestershire.

In the 1780’s Ducie came up with the idea of doubling every saving made by the poor children in his area of Gloucestershire. Ducie Island in the Pitcairn Island group was named in his honour by Captain Edward Edwards, who had served under him aboard the Augusta, and who rediscovered the island when searching aboard the Pandora for the Bounty mutineers in 1791.