1768-1823. He was christened at St. Lawrence, Kent on 30 July 1768, the son of George Kittoe and of his wife, Margaret Read. His brother, George Kittoe, became the master-attendant of the dockyard in English Harbour, Antigua, where he was infamously flogged by Captain Lord Camelford in 1798, and died on the island in January 1803 of yellow fever.

Kittoe joined the service in December 1780 aboard the Bellona 74, Captain Richard Onslow, serving on the Channel station and transferring before the peace of 1783 to the Standard 64, Captain William Dickson. He was thereafter aboard the Grampus 50, Commodore Edward Thompson, serving off West Africa from 1783-6, and after returning home he joined the sloop Scout 16, Commander George Lindsay. Further service was undertaken aboard the Trusty 50, Captain John Drew, which flew the flag of Rear-Admiral John Laforey in the Leeward Islands from 1789, and his next appointment was to the Royal George 100, Captain William Domett, flying the flag of Vice-Admiral Sir Alexander Hood in the Channel at the start of the French Revolutionary War in 1793.

On 26 February 1794 he was commissioned lieutenant of the Saturn 74, Captain Thomas Newnham, and in the following month transferred to the Hebe 38, Captain Alexander Hood, who was succeeded by Captain Paul Minchin in August, with the frigate serving in the Channel. Captain Matthew Henry Scott then assumed command shortly before the Hebe was present in the Leeward Islands campaign of April-June 1796. 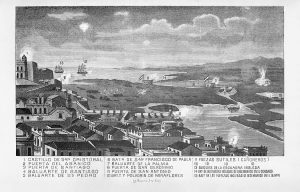 Captain Kittoe had little opportunity for distinction in his career – even an early campaign in which he participated, that to take Puerto Rico in 1797, was a failure.

In late 1796 Kittoe was given the acting command of the sloop Pelican in the Leeward Islands for Captain Thomas Harvey, and he participated in Lieutenant-General Sir Ralph Abercromby and Rear-Admiral Henry Harvey’s aborted attack on Puerto Rico in April 1797. On 21 September he was promoted commander and appointed to the sloop Bittern 16 in place of the sickly Commander Thomas Lavie, and whilst serving on the same station he captured the French privateer Agreable 18 off Tortola on 13 November in a night attack that was not resisted. During April 1798 he delivered the Army commander-in-chief, Lieutenant-General Cornelius Cuyler, to Dominica from Martinique as part of that officer’s farewell tour, and he took another French privateer, the Dix Aout 12, off Marie Galante on 8 September. Amongst many other prizes and recaptures, he also took the Spanish letter-of-marque Amistad in early 1799.

In March 1800 the Bittern arrived at Portsmouth from Martinique after a six-week passage, and twelve days later one of Kittoe’s bargemen, Thomas Williams, was identified as the Hermione mutineer David Forester and apprehended. It transpired that Forester had murdered Captain Hugh Pigot of the Hermione in 1797 and had thrown his dying body overboard before treating two lieutenants and a midshipman in the same fashion.

Over the next year and a half Kittoe had to endure the tedium of unremitting convoy duty. This began on7 November 1800 when the Bittern sailed for Sheerness, two weeks later she was at Yarmouth, in December she cruised the North Sea in protection of the homeward-bound Baltic convoys, and by 14 January 1801 she was once more at Yarmouth where she remained for some weeks with the North Sea Fleet in the Roads. In early March she was sent in search of two French privateers which had been enjoying much success off Britain’s east coast, and on 24 April she arrived at Sheerness from where she departed on 15 May with a convoy for the Humber, prior to leaving that port on the 22nd with an important convoy of forty vessels for Hamburg. On 22 October 1801 she again arrived at Sheerness from Yarmouth, and at the end of November she was ordered back to the latter station before returning to Sheerness on 30 December.

Continuing with the Bittern, Kittoe reached Portsmouth from the Downs in March 1802, and his command remained there during April amidst expectations that she would sail to deliver news of the ratification of the peace treaty with France. Whilst at Spithead on 15 May, her jolly boat overset in a squall, and although all the crew were rescued, a masters mate died two hours later from the accident. It is not clear that the Bittern again ventured to sea under Kittoe’s command.

In March 1803 he was appointed the acting-captain of the Minerve 38 for the injured Captain Jahleel Brenton, being present in the Downs at the end of the month before putting out on a cruise on 8 April under the orders of Rear-Admiral Edward Thornbrough. Shortly afterwards he was appointed to commission the Britannia 100, and after arriving at Portsmouth on 20 April he fitted her out for Captain the Earl of Northesk with the help of convicts from the hulk Captivity and boys from the Marine Society. Having completed this task in June, he subsequently commissioned the fireship Pluto 8 in August for Commander Robert Forbes, following which he appears to have been unemployed for the next eight months.

In May 1804 Kittoe was given the French-built Argus sloop 16 in which he would again find himself largely confined to convoy duty around the British Isles. Sailing from Plymouth with a convoy for the Downs and the Thames at the end of June, his command arrived at Cork on 27 September from a cruise before sailing on 8 October for Plymouth. A month later she reached Portsmouth and then went around to Sheerness to be refitted, from where she departed for Cork at the end of December. Convoy duty from southern Ireland to Belfast was undertaken in early January 1805, but after sailing from Cork with a convoy for England, the Argus was driven back towards the Irish port from the Scilly Isles by south-easterly gales. In the course of this return on 15 September, she came upon the hull of a mast-less brig whose crew had presumably been removed by a privateer, and although she got the abandoned vessel back to Cork the next day it sank off the harbour, although not before the men that he had placed aboard her had been rescued by a flotilla of boats.

On 26 February 1805 the Argus arrived in the Downs with the Cork convoy, including one ship which had fought off a French lugger whilst Kittoe had desperately tried to come to her assistance. His command later departed Cork for Kinsale and the Shannon on 15 March, and she was at Portsmouth by 8 April prior to departing three days later to arrive at Cork on the 17th with a transport convoy for the embarkation of troops. In early June she escorted the Belfast linen ships to the Downs, at the beginning of August she departed Cork for Belfast, by the 24th she was in the Downs with the Cork convoy, and at the beginning of October was back at Cork to go out on a short cruise.

During the latter part of October 1805, the Argus underwent a refit at Cork, but to the amazement of all Kittoe managed to get her under weigh at two hours notice to deliver Admiral Lord Gardner’s dispatches to the Channel Fleet. Consequently, when she left Cork with a convoy on 30 October, it was with the praise of the local press for his abilities and zeal, and with the assumption that he would be posted captain once he reached England. Sadly, the promotion was not forthcoming, and remaining with the Argus, Kittoe departed Deal with a convoy on 12 December, by New Year’s Day 1806 his command was at Plymouth, on 14 January she arrived at Cork, and by 5 February she was at Portsmouth. On 15 February she entered Plymouth for a refit, and she was back at Cove by 17 April where she appears to have been stationed through the summer and into the early autumn.

In early October 1806 Kittoe arrived at Plymouth from Cork in command of the Fleche 18, and he was immediately appointed to the newly commissioned sloop Sabrina 20, in which he sailed for Falmouth and thence to Cork with another convoy at the end of the month. At the beginning of 1807 the Sabrina sailed for the Mediterranean with a convoy from Portsmouth, and on 19 May she departed Gibraltar for Malta with another convoy. Later that summer she was stationed off Cartagena in watch over the Spanish ships at that port, and she saw further service at Gibraltar and with the fleet off Cadiz. 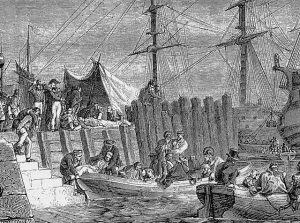 Kittoe served in the Walcheren Campaign in 1809 – it was another failure.

At the end of June 1808, the Sabrina sailed from Cadiz for Caracas, having on board a Spanish admiral and two generals from that country with orders for the authorities in South America to join the war against the French, and she returned with dispatches for Madrid which Kittoe may have carried overland whilst his command remained with Rear-Admiral John Child Admiral Purvis’s squadron off Cadiz. On 20 May 1809 the Sabrina arrived at Portsmouth with important dispatches from Constantinople announcing a treaty between Turkey and Britain, and Kittoe immediately set off for the Admiralty in London that night to deliver them. His command then served in the Walcheren Expedition from July where Captain Sir Home Riggs Popham came aboard to lead Rear-Admiral Sir Richard Keats’ division through the Channel to Roompot.

On 19 December 1809 Kittoe arrived at Yarmouth in command of a French frigate, the Fidelle, which had been under construction at Flushing, and which was immediately docked. He was finally posted captain on 4 January 1810, and in July was presented to the King on his appointment to the Milford 74 for the flag of Vice-Admiral Sir Richard Keats, who was commanding off Cadiz. Sailing from Portsmouth on 18 August to receive Keats’ flag, he led a division of seamen ashore in a raid against enemy redoubts between Rota and Catalina on 6 March 1811 before transferring shortly afterwards to the Hibernia 110 with the admiral. It would appear that he left the Hibernia when Keats came home in August 1812.

In early November 1814 Kittoe was appointed to the Cornwallis 74, fitting at Portsmouth for the flag of Rear-Admiral George Burlton who had been appointed the commander-in-chief of the East India station, but within a matter of days it was announced that a different captain was to join her. Instead, he was appointed to the frigate Astraea 36 in December, and having been ordered to sea in March 1815, he sailed in May from Plymouth to deliver the Comte de la Roche Jacquelin and a large stand of arms to the Vendee for a royalist insurrection against the returning Napoleon. The Astraea arrived back at Plymouth on 24 July and in August was ordered to be paid off at that port

On 8 July 1802 he married the widow of Captain Ralph Willet Miller, but she died at Cheltenham after a short illness on 30 April 1808. He subsequently married Elizabeth Hayward of Catisfield, Hampshire on 17 January 1816 at Titchfield, and had a son and daughter from this marriage. The address in his will was given as Deal, Kent, and at the end of 1806 he had let a property in the Vale of Ripple near Deal.