Preston joined the Navy on 10 May 1781 aboard the Portland 50, Captain Hon. James Luttrell, the flagship to Rear-Admiral John Elliott and to Vice-Admiral John Campbell, the successive commander-in-chiefs at Newfoundland until September 1782. Whilst on that station he appears to have seen service aboard the sloop Thorn 16, Captain William Lechmere, and the Bulldog 16, Commander Edward Marsh. It is likely that he was subsequently employed in the Mediterranean aboard the Sphynx 20, Captain John Markham, which sailed for that station in October 1783, and the Phaeton 38, Captain George Dawson. He returned to Newfoundland towards the end of the decade aboard the Salisbury 50, Captains William Domett and Edward Pellew, which vessel flew the flag on that station of Vice-Admiral Mark Milbanke from the summer of 1789.

On 4 November 1790 he was commissioned lieutenant, in which rank he joined the sloop Orestes 18, Captain Harry Burrard, moving on to the Royal Sovereign 100, Captain Henry Nicholls, flying the flag of Vice-Admiral Thomas Graves. It also seems possible that he spent some time on board the Bedford 74, Captain Sir Andrew Snape Hamond, flying the flag of Vice-Admiral Milbanke at Portsmouth during 1791-2.

In December 1793 Preston sailed from England aboard Vice-Admiral Sir John Jervis’s flagship Boyne 90, Captain George Grey, participating in the Leeward Islands campaign from the following January and commanding the seamen of his ship at the storming of Fort Royal on Martinique. He was promoted commander on 4 April 1794, and joining the sloop Rattlesnake 16 he arrived home in mid-May with Captain Christopher Parker carrying Jervis’ despatches. 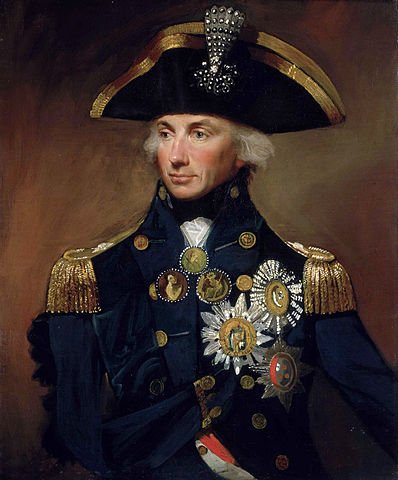 The highlight of Preston’s brief career at sea was the action he shared with Commodore Horatio Nelson against two Spanish frigates in December 1796.

He spent the next two years on half-pay prior to his re-employment on 17 May 1796 with instructions to commission the newly launched sloop Termagant 18, which was lying in the River Thames, and from her he was posted captain on 13 June for purposes of rank only to the Queen 98. Shortly afterwards he joined the frigate Mignonne 32, in which it would appear that he sailed for the Mediterranean station, for here he quickly succeeded the disgraced Captain Charles Sawyer aboard the Blanche 32, that officer having been removed from the command of the frigate in June pending a court-martial which later saw him dismissed the Navy for indulging in ‘indecent familiarities’.

On 20 December 1796, being in company with the Minerve 38, Captain George Cockburn, which was flying the broad pennant of Commodore Horatio Nelson, the Blanche engaged the Spanish frigates Sabina 40 and Ceres 40 off Cartagena. During the action Preston forced the surrender of the latter but had the mortification of abandoning his prize on the approach of a Spanish first-rate and her consort, another frigate. Under three weeks later, on 7 January 1797, he was succeeded by the unpopular Captain Hon. Henry Hotham, an event that nearly caused the Blanche’s crew to mutiny, and which required the good offices of Commodore Nelson to placate the men.

From the late summer of 1797 he commanded the ancient frigate Boston 32, in which he cruised off the Tagus and Cape Finisterre, prior to departing Gibraltar at the end of November with four transports in convoy. Whilst passing through the Gut of Gibraltar the ships were attacked by Spanish gunboats, and the Blanche lost half-a dozen men killed when some loose powder was ignited by the enemy fire. Shortly after arriving at Spithead Preston left the Boston, and he retained his next command, the frigate Dido 28, for but a brief period during the summer of 1798, following which he saw no further active employment at sea.

On 4 July 1803 he was appointed to command the Sea Fencibles between Flamborough Head and the Tees, and operating out of Whitby he remained in this rather unenviable position until 28 February 1810. Such was the inactivity on this station that the only noteworthy incident occurred in September 1807 when his servant, Ralph Witton, was killed by a falling rock at nearby Hawkser Bottoms after scrambling down the cliffs to recover a partridge he had shot.

On 9 November 1813 Preston joined the Brave 80 at Plymouth, raising his broad pennant in yet another unsatisfactory command, this being that of a division of prison-ships to which class his new command, the ex-French Formidable, belonged.

He was advanced to flag rank on the retired list on 24 August 1819, re-instated and promoted vice-admiral on 12 November 1840, and elevated to the rank of admiral on 23 November 1841. He died at Askam Byam, Yorkshire on 21 January 1847, having for some years been the deputy-lieutenant and a magistrate for the North and West Ridings.

On 29 June 1792 Preston married Sophia, the fourth daughter of Hon. Sir George Nares, a judge of the Court of Common Pleas, and they had issue five sons and two daughters. His eldest son, John, took holy orders, the second, Edward, a naval officer, predeceased him, the third, William, entered the Navy in 1811, and was posted captain in 1841, and a fourth, Charles, joined the army.

He was well regarded by his men.