Having seen service in the American Revolutionary War, Hare was commissioned lieutenant on 19 April 1782.

As first lieutenant of Vice-Admiral Lord Hood’s flagship Victory 100, Captain John Knight, he was present at the occupation of Toulon from August 1793, and he was promoted commander of the fireship Vulcan on 13 September. During the evacuation of the port in December he assisted Captain Sir William Sidney Smith in his attempt to destroy the French fleet, and upon blowing up the Vulcan he was thrown into the water and badly burned, being shattered in body and nerves. He would later be compensated for his wounds with a £200 pension from October 1797. 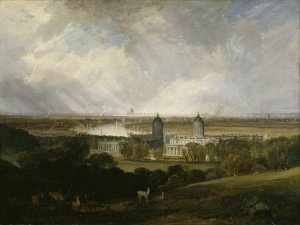 Hare was the long-term captain of Greenwich Hospital.

On 23 February 1794 he departed the Mediterranean fleet at Porto Ferrajo with Vice-Admiral Lord Hood’s despatches for the Admiralty, and after arriving in London he was posted captain to the Danae 32 for purposes of rank only with seniority from 2 March. During March 1795 he was appointed the regulating captain for the city of Lincoln, port of Boston, and South Lincolnshire, and he also assumed the duties of surveyor of vessels and canals for the latter district.

On 23 November 1797, whilst on half-pay, Hare attended the Court of the King’s Bench to be sentenced for issuing a challenge to a gentleman by the name of Kendrick who had abused his consent to shoot and hunt on his property at Bathafarn in Denbighshire by breaking down the tenant’s hedges. On receiving the complaints of the latter Hare had confronted Kendrick, words had been exchanged, and the challenge had been issued after Kendrick had threatened to horsewhip him. A glowing testimony from his counsel led to Hare being ordered to pay a nominal fine of one shilling, and to being bound over to keep the peace for five years

In February 1798 he commissioned the Dutch prize Prince Frederick 64 at Woolwich, but he left her in June when Captain John Stephens Hall took her to sea. He then remained unemployed until appointed to the Madras 56 en-flute in January 1801, in which he sailed from Sheerness for Yarmouth at the end of February. After arriving at Portsmouth on 22 May he embarked troops for Gibraltar and Minorca to replace those serving in the Egyptian campaign, and days later he set sail.

Captain Hare died in the Mediterranean on 14 July 1801.

He left a widow, Esther. His son, Charles Hare, entered the Navy and earned fame by escaping from France in 1809, having been aboard the Minerve 48, Captain Jahleel Brenton when she was captured off Cherbourg on 2 July 1803. Another two sons died as lieutenants in the Navy.