1779-1846. He was born on 25 April 1779 at Warden in Bedfordshire, the son of Major Thomas Dilkes of the 49th Regiment and the brother of General William Thomas Dilkes. He was the nephew of Admiral John Dilkes, one of his grandfathers was General Michael O Brien Dilkes, and his great-grandfather was Rear-Admiral Sir Thomas Dilkes.

Dilkes joined the Navy in 1790 aboard the Bellona 74, Captain Francis Hartwell, serving in home waters, from where he removed to the Shark 16 in July and the Royal Sovereign 100 in September, both of which vessels were commanded for a very short time by his uncle, Captain John Dilkes. He thereafter saw further duty in the same year with the Hannibal 74, Captain John Colpoys, and the yacht Princess Charlotte, before he found a berth aboard the Lion 64, Captain Erasmus Gower, which took the British ambassador, Lord Macartney, out to China in September 1792.

After returning to England in 1794 Dilkes joined the Flora 36, Captain William Albany Otway, and thereafter the London 90, Captain Edward Griffith, serving in the Channel fleet with the flag of Rear-Admiral John Colpoys. He was present aboard this ship at the Battle of Lorient on 23 June 1795.

Dilkes was commissioned lieutenant on 6 January 1797 and joined the Kite 18, Captain William Brown, before transferring in March to the Unicorn 32, Captain James Young, and from April 1799 Captain Phillip Wilkinson, seeing duty off Ireland and in the Channel. On 18 June 1800 he moved as first lieutenant to the French prize Pique 36, Captain Young, which was employed off Egypt, and remaining in the Mediterranean joined the Juno 32, Captain Henry Richardson, on 25 October 1802.

Dilkes was promoted commander on 20 March 1805, and on 7 February 1806 was appointed to the sloop Hazard 16, serving close into the French coast off the Ile d Aix, Rochefort and Bordeaux and often cutting out the enemy trade. On 27 July 1807 he was the senior officer of a small squadron whose boats destroyed, drove aground or captured sixteen French vessels off the Pertuis Breton. The Hazard returned to Plymouth in September to refit, and here her first lieutenant, the betrothed Lancastrian William Berry, was sentenced to death at a court martial presided over by Vice-Admiral Sir John Thomas Duckworth aboard the Salvador del Mundo on 2-3 October 1807 for a homosexual act with a ship s boy. When the sentence was carried out aboard the Hazard at Plymouth on 19 October Berry took a quarter hour to die after the knot twisted under his chin.

On 15 November 1807 the Hazard sailed for the West Indies from Portsmouth with a convoy, and in March of the following year she had the good fortune to bump into the prolific Guadeloupe privateer Desiree during the dead of night and make a capture, sending her into Antigua. 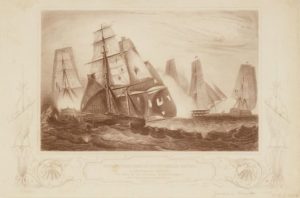 Dilkes transferred to the Neptune 98 on 21 December 1808, becoming flag-captain to Rear-Admiral Hon. Alexander Cochrane and being posted captain on 18 January 1809. He served at the capture of Martinique on 24 February, and was present in the chase and capture off Puerto Rico of the Hautpoult 74 from 14 -17 April. He moved with Cochrane at the end of July to the Pomp e 74, and also flew the commander-in-chief s flag for a short time later that year aboard the Statira 38. After commanding a detachment of seamen ashore under Commodore William Fahie at the reduction of Guadeloupe on 6 February 1810 Dilkes returned home on 20 March, and remained ashore for some months to recover his health.

On 20 October 1810 Dilkes was appointed to the twelve-pounder frigate Castor 32 which he would command for the next five years, during which period he rejected a posting to the Ganymede 26 in 1811. During 1811 and 1812 he served on the Leeward Islands and Jamaican stations before departing for the Mediterranean in October of the latter year. In 1813 he was employed off Spain, where he cut out the French privateer Fortune 2 from Fort Mongat on the Catalonian coast on 25 June for the loss of four men killed and nine wounded. Two further small privateers, the Heureux and Minuit were taken in the following January, the former off Montjuic, Barcelona. In March 1815 the Castor was in Bermuda before Dilkes left her in July, whereupon the ship was decommissioned at Portsmouth in September.

He did not see any further active service, but was nominated a CB on 4 July 1840, and he became the sub-commissioner of pilotage at Gloucester, in which city he became involved in many benevolent causes.

Admiral Dilkes died on 5 October 1846 at his residence of Prospect House, Gloucester.

He married Louisa Newenham of Coolmore, Ireland on 21 January 1818 and had a daughter born that November at Cork who appears not to have survived infancy, and one son. His wife died at the Spa, Gloucester on 22 April 1845, aged 53.