@1739- 1811. He was born in Leith near Edinburgh, the son of a merchant captain who was summarily executed for his participation in the 1745 Jacobite Rebellion. The family later settled in Rotherhithe, London. His brother Robert, who also entered the Navy and reached the rank of lieutenant before his death from a tropical disease in Dominica in 1770, was the father of Alexander John Scott, who became Vice-Admiral Lord Nelson s secretary and chaplain, and who tended the admiral in his dying moments at the Battle of Trafalgar in 1805.

Alexander Scott entered the Navy at a young age and after service as a midshipman was appointed the sailing master of the sloop Merlin 18, Captain Francis O Hara, which went out to the African coast in March 1769. On 14 June Captain O Hara was murdered along with two midshipmen on the island of Arguin, and in the ensuing re-organisation of the officers Scott was promoted lieutenant. In early August O Hara s replacement as captain, Thomas Male, also died, and Scott assumed the command of the Merlin, his rank of master and commander being confirmed by the Admiralty on 14 March 1770. After returning to England he paid the Merlin off later in the year. 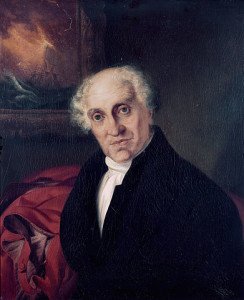 Scott’s nephew, also named Alexander, famously became Lord Nelson’s secretary and was with him on his deathbed.

In January 1771 he was appointed to the sloop Lynx 10 for employment on the northern station, seeing further duty in the preventative service prior to sailing for the Leeward Islands in October 1772 with despatches for the governor, Sir Ralph Payne. During March 1773 he was sent to the Spanish Main to retrieve four escaped slaves but was given short shrift by the Spanish authorities. His orphaned four year-old nephew, Alexander, joined him on the voyage out to the Leeward Islands and lived ashore in the governor s house until the Lynx returned to England to be paid off in June 1776.

In the meantime Scott had been posted captain on 25 April 1776, and had exchanged with Captain Robert Keeler into the Experiment 50, serving on the North American station. He commanded this vessel at the unsuccessful attack on Charleston on 28 June, where he lost an arm and was so severely wounded that his life was for a time despaired of. During the action his ship suffered the substantial casualty figures of twenty-three men killed and fifty-six wounded. He was subsequently awarded a pension of 300 guineas in respect of his wound, and whilst he convalesced the Experiment was commanded by Captain William Williams of the Active 28 before Scott exchanged with Captain James Wallace into the Rose 20 in order to return to England that autumn.

Scott did not see any further active service but by 1779 was serving as the captain of the Impressment Service at Poole. He became a superannuated admiral on 9 July 1794, and whilst living in retirement in Southampton he served as the town s mayor in 1796 and again in 1802, in which year he was also appointed the chief magistrate.

Scott died on 23 April 1811 and was interred in the catacombs of All Saints Church, Southampton.

After the death of his wife at Southampton in May 1803 he was remarried at Bath on 28 February 1805 to the widow of James Crouder of Jamaica. His address was given as Spring-Hill, Southampton, and his eldest daughter married the future Admiral Robert Rolles in December 1801.

Scott gave evidence to a Parliamentary Select Committee looking into the abolition of slavery in 1791. He did much to alleviate the poverty of his brother s orphaned family in their younger years and his influence helped his nephew become a naval chaplain.