1757-1806. He was born in 1 October 1757, the second son of Charles Mitchell of Baldridge, near Dunfermline, who died when he was just two years old, and of his wife, Margaret Forbes.

After being educated at the High School, Edinburgh, Mitchell entered the navy aboard the Deal Castle 20, Captain Maximilian Jacobs, in 1771, and saw further service amongst a number of other vessels on the home station. He sailed to the East Indies with Commodore Sir Edward Vernon aboard the Ripon 60 in 1776, and on 11 October 1777 was promoted lieutenant of the frigate Coventry 28, Captain Benjamin Marlow, in which he was present at the action with the French off Pondicherry on the 10 August 1778. He was posted captain of the Coventry on 25 October after Captain Marlow removed to the flagship Rippon 60, although in 1781 his temporary incapacitation resulted in the acting command of his vessel passing to John Sutton. 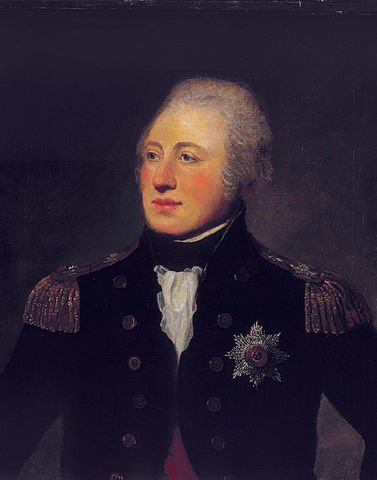 On the 12 August 1782 Mitchell commanded the Coventry in a furious two and a half hour action with the Bellone 32, Captain de Piervert, off Friars Hood, Ceylon, which resulted in a victory to no side although his opposing commander was killed and the Coventry lost fifteen killed and twenty-nine wounded. He took intelligence of the whereabouts of the French fleet to Vice-Admiral Sir Edward Hughes and was consequently present at the Battle of Trincomale on 3 September before transferring to the Sultan 74 and commanding her at the Battle of Cuddalore on 20 July 1783 where she lost four men killed and twenty wounded.

With his broad pennant aboard the Defence 74, Captain Christopher Halliday, Mitchell remained in the East Indies as commodore and commander-in-chief after Hughes had returned home and Vice-Admiral Hon. John Byron had rejected the command. He eventually returned home in December 1785 after a ten year absence, but a fortune gained in the East Indies was soon lost through the bankruptcy of his agent who squandered it on an attempted election to a Scottish parliamentary constituency

During the Spanish Armament of 1790 Mitchell commanded the Asia 64, having recommissioned her in June, but thereafter he remained unemployed for some time throughout the early years of the French Revolutionary War before in February 1795 he was finally appointed to the Impregnable 90, serving in the Channel fleet.

He was promoted rear-admiral on 1 June 1795, and on 14 February 1799 vice-admiral, but he still remained unemployed until given the chief command at the Nore in April 1799, his flag flying aboard the Zealand 64, Captain Thomas Parr. In the event he retained this post for just four months before being placed in command of the naval element of the expedition to Holland under Admiral Adam Duncan s overall command from 21 August 1799. His flag was raised aboard the Isis 50, Captain James Oughton, although he later shifted it to the Babet 24, Captain Jemmett Mainwaring, when required to move inshore. On 30 August he received the surrender of the Dutch fleet that had mutinied against its officers, however the expedition resulted in failure when the Duke of York s army was forced to withdraw. Mitchell was praised for keeping his fleet together in the appalling weather conditions, but along with the dull York he achieved little else, and General Sir Ralph Abercromby slammed Mitchell for doing nothing more than taking over the hapless Dutch fleet. On 9 January 1800 he was somewhat fortunately created a K.B. and he also received the thanks of parliament and a hundred guinea sword for his efforts in Holland.

Mitchell subsequently served from the summer of 1800 in the Channel Fleet under Admiral Hon. William Cornwallis and Admiral the Earl of St. Vincent with his flag aboard the Windsor Castle 98, Captain James Oughton, and temporarily during September Captain Peter Bover. In November 1801 he sailed to Bantry Bay, from where he was ordered to take his squadron out to the West Indies. A mutiny resulted on 29 April 1802, with the most predominant insurrection being aboard the T m raire 98, flagship of Rear-Admiral George Campbell. Mitchell held the presidency of the court-martial upon the mutineers at Spithead and up to twenty men were executed. He was also the president of the court-martial upon Captain Sir Edward Hamilton on 22 January 1802 which found that officer guilty of an act of cruelty.

In the spring of 1802, he was appointed the commander-in-chief in North America, going out in the Cambrian 40, Captain William Bradley, to reach Bermuda on 20 July and Halifax on 1 August, and transferring his flag in December to the Leander 50, Captain James Oughton. Thereafter he spent the summers at Halifax and winters at Bermuda whilst the Leander saw service at sea under a succession of different captains.

Mitchell was promoted admiral on 9 November 1805, and after being laid low by illness he died at Bermuda on 26 February 1806, being buried on the island.

On 1 January 1785 he married Anne Stackhouse from Bombay who died at Bermuda in 1803, having given issue three sons, Charles, Nathaniel and Andrew, all of whom died as captains in the navy. He was married for the second time on 3 May 1805 to the 23 year-old Mary Uniacke of Halifax, Nova Scotia, and their daughter married a naval captain, William Hargreaves Molyneux.

Mitchell was viewed as a humane, gentlemanly officer, although St. Vincent scathingly referred to him as a bull-headed centurion . He was a keen music lover and provided concerts in his cabin. He was also very attached to his officers.