The Navy at the Siege of Savannah – September – October 1779

On 1 September the French fleet of twenty sail of the line, two 50-gun ships, eleven frigates and ancillary vessels commanded by Vice-Admiral Charles Henri Jean-Baptiste, Comte d Estaing, arrived off the coast of Georgia having sailed north from the Leeward Islands with four thousand troops. Immediately d Estaing began to implement a plan that had been concocted with representatives of the American Congress, one in which the French were to act in concert with rebel forces from South Carolina in clearing the British out of Georgia.

Upon arriving off the Georgian coast d Estaing sent two sail of the line and three frigates to the rebel city of Charleston to liaise with the commander of the Continental forces there, Major-General Benjamin Lincoln. Shortly afterwards this officer set off with two thousand men to join the French in an attack upon Savannah, which port some hundred miles to the south had been captured by a combined British force in December of the previous year, the naval detachment of which had been commanded by Captain Hyde Parker of the Phoenix 44.

Meanwhile off Georgia, the masts of a major fleet had first been noticed by the British on 3 September from the island of Tybee at the mouth of the Savannah River, and Captain Philip Browne of the Rose 20 had despatched one of his lieutenants to ascertain its nationality and strength. The result of this reconnaissance prompted the senior officer at Savannah, Captain John Henry of the Fowey 24, to despatch Lieutenant Richard Whitworth of the brig Keppel in a fast tender to New York in order to alert Major-General Sir Henry Clinton and Vice-Admiral Marriot Arbuthnot of the French presence. Whitworth s initial attempt to put to sea was thwarted when six sail of the line chased him back inshore on the 6th, but during the following night he made good his escape. 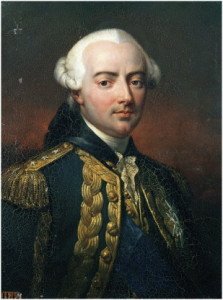 Upon receiving Whitworth s news about the French fleet s re-deployment to North American waters there was some conjecture between Clinton and Arbuthnot as to where d Estaing would attempt to make his mark. Fearing in particular a threat to New York, the army recalled its units from up the Hudson River, whilst another consequence of the need to concentrate forces was the decision to abandon Rhode Island later in October.

Back at Savannah the army commander-in-chief, Major-General Augustine Prevost, began making preparations for the defence of the port with Captain Henry. For the navy this meant destroying the battery at Tybee, removing the channel markers, and making preparations to move their small squadron up the Savannah River. Orders were sent to bring in the sloop Vigilant 20, Captain Brabazon Christian, and nine hundred troops from Beaufort under the command of Lieutenant-Colonel Hon. John Maitland, whilst a number of smaller craft were summoned back from Port Royal Island. Whilst these various dispositions were being made over five hundred negro slaves were put to work with the soldiers and sailors building up defences around the city.

On 8 September the French fleet was again seen to the south of Tybee, and the next day it came to anchor off the bar of the Savannah River. During the 10th four frigates moved up to Tybee, and on 12 September d Estaing began landing troops under the protection of four gallies at Bowley, some thirteen miles from Savannah, in barges supplied by the Charleston rebels.

Captain Henry spent the next few days and nights removing cannon and ordnance from the Rose and Fowey to supplement the land batteries, and once these two vessels were lightened they were able to sail over the mud-flats to be berthed in Five Fathom Hole, three miles from the town. The galley Comet, the Keppel and several smaller craft were sent to cover Maitland s troops as they made their way back to Savannah via Wallscut. By the 15th the shore batteries numbering ninety cannon had been completed and manned by seamen under the command of Captains Henry, Browne and Richard Fisher of the armed ship Savannah 14, and these officers were joined by two merchant captains and a privateer captain whilst the marines from the naval ships supplemented the army. Unfortunately the Vigilant and two gallies were unable to cross to Savannah and were obliged to remain at Callibogie where, protected by further batteries set up ashore, they were left unmolested.

On 16 September d Estaing summoned the Savannah garrison with a rather pompous missive that not only suggested that he might be unable to control one particularly barbarous detachment should the summons be declined, but that he was also about to be joined by Lincoln s troops and that thereafter the American general would have an equal say in any further negotiations. Prevost, who was still awaiting the arrival of Maitland s nine hundred reinforcements, asked for a twenty-four hour truce. Providentially, and despite earlier summonses having been intercepted by the rebels, Maitland joined him within those very twenty-four hours after circumventing the French frigates sent to dispute his passage through the local creeks and inlets. The summons was therefore refused, and with d Estaing rejecting the proposal of an outright assault, the allies prepared instead to launch a bombardment of the city by cannon landed from his ships.

An easy victory was expected by the allies, and indeed for the French commander it was of a necessity, as with the hurricane season imminent he had no wish to linger on the coast beyond two weeks. But whilst the allies struggled to set up their siege the British made great use of the time afforded them, and they were able to block the channel to the city by sinking the barely seaworthy Rose, the armed ship Savannah, and four transports in addition to several smaller vessels. A boom was also placed across the river, and although one light frigate did get across to Five Fathom Hole from where her fire at extreme range did little damage, these obstacles made it nigh on impossible for the French fleet to advance into a forward position. Just in case any other French ships did manage to break up river however, fire-rafts were constructed to be sent down against them. Meanwhile the Fowey, Keppel, Comet and armed ship Germain were brought up to the town, with the last vessel, still having guns aboard, joining the line of defence. 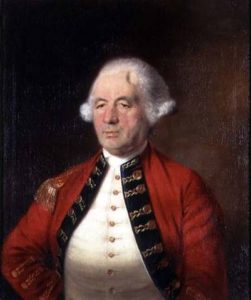 Ashore the British batteries proved most effective in delaying the allied preparations, and it was not until 3 October that the French and Americans were able to open their siege with fire from land based mortars and cannon, and also from sixteen cannon aboard their ships. Apart from the destruction of property all they achieved was the killing of some women, children and negroes in the town. Shamefully, when Prevost requested that the women and children be evacuated under protection of the French Navy he was refused by d Estaing and Lincoln. With progress continuing to be minimal over the next few days, and with his fleet losing some thirty-odd men a day to scurvy, d Estaing soon came to the conclusion that he had to risk a full-frontal assault.

His American allies were far from convinced that this was the correct course of action, and to make matters far worse the fog in the early hours of the assault on 9 October caused part of the French force to become lost in swamp lands. Ignoring this delay, d Estaing impetuously put himself at the head of the leading French column and went straight into the attack without waiting for the other two French and American columns. His troops were torn to pieces by grapeshot and musketry as they approached the British defences, d Estaing himself was wounded in two places, and the same punishment was then suffered by the other two French columns when they were sent forward with scant regard for their preservation. Such were their losses that by 10 a.m. the allied commanders were obliged to request a truce so that they could remove their dead and wounded.

The attack had been an unmitigated disaster for the allied forces, and although Prevost s estimation that they lost around eleven hundred men killed, wounded or captured was later challenged, it is likely that the actual figure was not much less than nine hundred and fifty. In return British and loyalist losses totalled about forty men killed and sixty wounded.

Over the next week a civil line of communication was maintained between the British and the French, with the latter professing sincere apologies and some shame over the refusal to evacuate the women and children, laying the blame for the outrage squarely upon General Lincoln and the rebels. By the 18th the French had decided to throw over the siege, and having despatched two divisions of his fleet to the West Indies d Estaing departed the coast on 26 October to sail for Brest. The embittered Americans, fuming at their allies failure to achieve anything with such a powerful force, quietly retreated into South Carolina to prepare for what would seem to be an inevitable British attack on Charleston.

Captain Christian was given the honour of being sent home with Henry s despatches in lieu of Captain Browne, who was then in ill health and indeed died shortly afterwards. He arrived at the Admiralty in London on the morning of 21 December, and the next day the city reverberated to the sound of guns celebrating what had been an outstanding victory.

The Savannah campaign was not without British naval loss however, for the ubiquitous Experiment 50, Captain Sir James Wallace, a vessel that had escaped the French in the previous year by making an unprecedented dash through the Hell s Gate to New York, was captured by the Z l 74, Fendant 74, and Sagittaire 50 from d Estaing s fleet on 24 September, complete with the Savannah garrisons wages of 30,000. Two weeks earlier the Ariel 20, Captain Thomas Mackenzie, had been captured by the French frigate Amazon 36 with the loss of four men killed and twenty wounded, and the valuable victualler Myrtle and storeship Champion were also captured by the French during their time off Georgia.