Following his withdrawal from Toulon at the end of 1793, Admiral Lord Hood had waged a campaign against the French Republicans in Corsica at the invitation of the rebel leader, Pasquale Paoli, with the result that the capture of the main city of Bastia had been achieved on 19 May. Concurrently, his second-in-command, Vice-Admiral William Hotham, had remained cruising with the bulk of the Mediterranean Fleet off Toulon where the French were vigorously refitting those ships not destroyed or carried away by the British on the evacuation of the port.

On 28 May, after several weeks of bad weather, Hotham was driven off to the east in heavy gales which persisted for several days, and his absence allowed the Toulon fleet consisting of seven sail of the line and five frigates under Rear-Admiral Pierre Martin the opportunity to break out. The newly installed French commander-in-chief, who at 44 years of age had enjoyed a meteoric advance from the rank of lieutenant de vaisseau to rear-admiral in less than two years, having previously entered the Navy as a common seaman and refugee from British Nova Scotia, carried instructions from the republican zealots in Paris to seek out and destroy the British fleet in the Mediterranean with heated shot, and to this purpose furnaces had been installed on his vessels. Being a realist, Martin understood that to put to sea and fight a battle with the old enemy would be an extreme risk for his untrained fleet, but that to not sail would be a risk to his own head, and so when he did leave Toulon on 4 June his intention was apparently little other than to hug the French Riviera and avoid an engagement.

At 11 o’clock that night one of the cartels that had ferried the defeated Bastia Republican garrison to Toulon returned to the Corsican town to advise Hood that the French fleet was preparing to break out. Assuming that Martin would sail for Calvi to thwart the British attempts on that port, Hood got under way at 7 o’clock the next morning with the Victory 100, Princess Royal 98, Illustrious 74, Fortitude 74, and sloop Scout 14, to be joined at sea by the Agamemnon 64, whose captain, Horatio Nelson, had rapidly unloaded a cargo of ammunition in order to join in the excitement. Hood also despatched the Sardinian frigate Alceste 32, commanded by a Scotsman by the name of Ross, to seek out Hotham and warn friendly shipping off Toulon of the French threat, but on the next day the commander-in-chief himself made a rendezvous with his vice-admiral off Calvi. Hotham advised him that on 5 June, whilst beating back against the winds to regain his station, he had momentarily sighted the French fleet some distance to windward. With a fleet fifteen sail of the line and four frigates, and with seven flag officers under his command due to a recent wholesale promotion, Hood now set off to find the French. 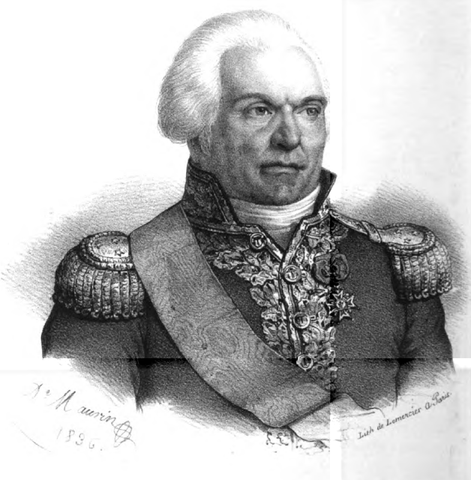 On 8 June the Alceste was close into the shore off Nice when she fell in with what she supposed to be Hotham’s fleet, a misconception that was compounded when the strangers raised British ensigns. Only when it was too late did Captain Ross discover that he had fallen victim to a legitimate ruse de guerre, and that the strangers were in fact the Toulon fleet under the command of Rear-Admiral Martin. Unable to make good her escape, the Alceste was run down by the frigate Boudeuse 32, and although the French vessel had the worst of the subsequent two hour action her persistence allowed the Tonnant 80 to come up and fire three shots which persuaded Captain Ross to strike his colours.

The French celebrated another success on the following day, 9 June, when they captured the tiny British brig Speedy 14, Commander George Eyre, after her fruitless attempt to escape in high seas off Nice. Eyre was taken aboard Martin’s flagship Sans Culotte 120 and arraigned before a zealous martinet from the French Convention, one M. Sallicetté, in whom the real authority over the fleet was vested. Not content with just butchering their own countrymen, the republicans had recently decreed that no mercy was to be accorded to captured Britons, and that the war should be ‘to the death’. Martin nailed his republican colours to the mast by announcing that he would have sent the Speedy to the bottom of the sea if it had been his ship which had captured her, and Eyre was given little doubt that his life would be forfeit. Fortunately, at this point the British fleet was reported to be in sight, and Eyre was taken back to the ship which had originally captured the Speedy.

It was at 9.30 on the early morning of 9 June that the frigate Dido 28, Captain Sir Charles Hamilton*, appeared to the westward of Hood’s fleet, signalling that the French fleet was to the west of him. Hood ordered a general chase to the north-west, and upon conferring with Hamilton he was advised that the Dido had first spotted the French at 8 p.m. the night before, some thirty-five miles off the island of Santa Margaretta in the Bay of Lérins, lying-to with their heads offshore. Hamilton also reported that earlier in the morning he had heard gunfire and assumed that the Alceste had been taken, although presumably what he had in fact heard was the cannon fire that had brought to the Speedy.

As night came on, Hood’s fleet closed around his flagship whilst the frigates remained out-lying in search of the enemy. At noon on 10 June the Agamemnon was ordered back to Bastia to embark troops and carry them to Martello Bay, and on the same day the Courageux 74, Captain Hon. William Waldegrave, was detached to San Fiorenzo to collect stores for Bastia, leaving Hood with thirteen sail of the line and four frigates to deal with Martin’s seven sail of the line and five frigates. By 6 a.m. the next morning the French fleet was just three to four leagues away and the chase continued in light winds until the middle day of 12 June, when under tow of the ships’ boats and others that were sent out from the shore to assist, and with only the Dido bringing its rearmost ships to action, the French fleet was able to enter the narrow entrance of the Golfe Juan, between Nice and Antibes. At about 2 p.m. Martin anchored in the shoals under the protection of the batteries on the islands of St. Honora and St. Margaretta, and on Cape Garoupe.

Despite the strong French position Lord Hood intended to attack the French in their anchorage without delay, his plan being for two sail of the line, the Terrible and Berwick, to bombard the batteries, whilst the Illustrious and the four frigates would attack the French frigates. Half of his remaining sail of the line would work between the French line and the shore, and the other half would attack from the opposite beam so as to double up on part of the enemy line. Thus the Britannia and Saint-George were designated to engage the Sans-Culotte, the Victory and Princess Royal would oppose the Bonnet-Rouge, the Windsor Castle and Alcide would oppose the Généreux, the Bedford and Egmont would oppose the Duquesne, and the Fortitude and Captain would oppose the Tonnant. Once those French sail of the line had been dealt with the two remaining vessels, Censeur and Heuruex, would be at the mercy of the British. These were largely the tactics that would be used so effectively by Nelson at the Battle of the Nile four years later.

But sadly for Hood there was to be no Nile. Even as he was planning his assault the wind dropped to a dead calm, ensuring that any manoeuvres were out of the question. Rear-Admiral Martin took the opportunity to tow his ships further under the batteries of St. Honoré and Marguerite, to strengthen his defences ashore with cannons from his ships, and to convert the local Antibes coasters into gunboats. Lieutenants Ralph Miller and Charles Brisbane of the Victory and Britannia respectively volunteered to launch a fire-ship attack, but on approaching the bay with two or three vessels on their fifth attempt, having been delayed by adverse weather, they found the French defences too formidable. Hood decided that any further attempt was unfeasible, so leaving Vice-Admiral William Hotham with eight sail of the line to blockade the French he set sail for Calvi on the 13th.

Upon the French fleet retreating into its anchorage the men of the Speedy had been landed, and together with the crew of the Sardinian they were force-marched to Antibes and thrown into a straw-lain dungeon to await their fate. Fortunately neither Sallicetté nor any of the local republican murderers could bring themselves to order the wholesale execution of so many foreigners, and news of Admiral Lord Howe’s victory at the Battle of the Glorious First of June persuaded the Convention in Paris that the slaying of prisoners in cold blood was not particularly sensible. After three weeks bitter incarceration in Antibes the men of the Speedy and Sardinian were marched to Aix in Provence and there flung into a common gaol. Here they remained until the death of Robespierre at the end of July which saw the officers paroled and the men put to work. Captain Eyre eventually secured his exchange in May 1795, and upon returning to England he was honourably acquitted for the loss of his ship.

Martin was blockaded by Hotham throughout the autumn, but by the beginning of November he had been able to make his escape in a storm and return to Toulon. Lord Hood had already sailed for England on 12 October, initially leaving Hotham in temporary command of the Mediterranean Fleet, but he subsequently hauled down his flag for good following a disagreement with the first lord of the Admiralty, Earl Spencer. His absence would be Britain’s loss, for Hotham spurned two opportunities to defeat the Toulon fleet in 1795, and it was not until the Battle of the Nile in August 1798 that the Mediterranean Fleet was able to gain control of that sea.

* Most sources state that the captain of the Dido was George Henry Towry, however other research has indicated that Towry commanded the Berwick 74 from 26 May to 27 June, that he was only posted captain on 18 June, and that he did not join the Dido until July. In his letter to Sir Gilbert Elliot, dated 12 June from Bastia, Nelson states that Sir Charles Hamilton was the commander of the frigate that alerted Lord Hood to the whereabouts of the French fleet, and this frigate is generally accepted to have been the Dido.