The 26 year-old Captain Horatio Nelson was one of the navy s more fortunate officers in so much that his early career had benefitted from the patronage of the comptroller of the navy, Maurice Suckling, and that having achieved the rank of post captain at an early age he had formed a friendship with the influential Rear-Admiral Lord Hood. This latter connection was to prove invaluable when, with the intention of seeking a ship, Nelson returned to England in January 1784 after a period living in France, for by now Hood had agreed to contest the high-profile seat of Westminster in the government s interest at the forthcoming election, and he was well placed to obtain a favourable appointment for his prot g .

Accordingly on 18 March 1784 Nelson was appointed to the Boreas 28 with orders for the Leeward Islands, although on the down side he would be required to give passage to the wife and family of the station s commander-in-chief, Rear-Admiral Sir Richard Hughes. This resulted in an uncomfortable voyage out, during which Nelson had to fight off advances by the mother on behalf of her husband-seeking daughter, but finally on 26 June the Boreas arrived at Barbados where Nelson took upon himself the duties of senior captain and immediate subordinate to Hughes. He would also develop his lifelong friendship with Captain Cuthbert Collingwood, who was serving on the station in command of the Mediator 44, along with his brother, Wilfred Collingwood, a commander who had the sloop Rattler. 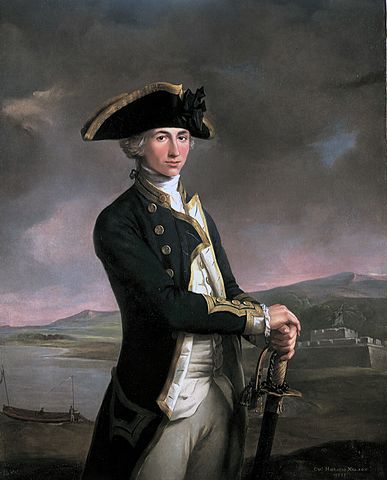 Nelson s initial impression of Rear-Admiral Hughes was a poor one, and in due course this opinion only deteriorated. Discipline on the station was lax and rules were bent, as illustrated in February 1785 when the Boreas entered English Harbour, Antigua, to find the frigate Latona 38, Captain Thomas Boston, flying a broad pennant in favour of the local commissioner, John Moutray, who although a naval captain was nevertheless the holder of a civilian position. It transpired that Hughes had given Moutray permission to assume the duties of commander-in-chef in the absence of any senior officer, but this was an appointment that was not in accordance with Admiralty regulations. Nelson immediately refused to take any orders from a non-commissioned appointee and instead fired off letters to Hughes and the Admiralty registering his disapproval.

Of more importance however was his dispute with Hughes over the admiral s failure to implement the ancient Navigation Laws against the newly independent United States, whose merchants continued to trade in the islands in contravention of the stipulation that foreign trade with the British colonies was prohibited, and that all produce from the colonies should be transported in British ships with British crews. Prior to the American Revolutionary War the American colonies had obviously been part of this arrangement, and commerce with the West Indian Islands had thrived. But now those Britons with a patriotic bent, and indeed those who wished to see goods sourced from the remaining British possessions in North America, that is to say Canada, Newfoundland and Nova Scotia, determined to exclude the Americans. This represented a problem to the West Indian merchants, as the remaining British possessions were not yet in any position to fill the void left by a possible exclusion of American trade, and in any event the merchants had long-established relationships with their American counterparts, many of whom still harboured loyalist sympathies.

Yet to Nelson and the Collingwood brothers rules were rules, the Navigation Laws were as plain as day, and it was their duty as naval officers to see them implemented. Furthermore, this natural devotion to their responsibilities was supplemented by a patriotism which abhorred the colonies that had thrown off the protection of the crown. Therefore, in their opinion, it was without question that they should prohibit any American vessels from trading in the Leeward Islands.

Rear-Admiral Hughes was already blind in one eye through the improper use of a table fork, and in seeking to enforce the Navigation Laws the young officers would have to challenge the blindness in the commander-in-chief s remaining eye over the islanders trade with the Americans. When they first challenged their superior over the situation on 10 November he claimed not to have received any instructions from the Admiralty, to which Nelson pointed out the relevant instructions in the Statues of Admiralty, a book that every naval captain was obliged to carry. Grudgingly Hughes accepted the point and the next day issued orders that the Navigation Laws should be adhered to.

In attempting to enforce the Navigation Laws the young naval officers would have to contend with the opposition of local merchants, plantation owners, petty officialdom, customs officers and even the island councils, the majority of whom had American connections or a colonial mindset that was at odds with the government in London. They would also have to sift through all manner of ruses that were employed by Americans and the islanders alike to circumnavigate the Navigation Laws. Some American ships were still registered as British, a legacy of the pre-independence days, others claimed to be British on the basis that they had been registered before independence in 1783, masters of American vessels affirmed that they had been employed in the British merchant fleet during the conflict, and illegal cargoes were often accepted in lieu of payment for alleged repairs .

An example of the complexities involved came when Cuthbert Collingwood prevented an American merchantman from entering St. John s, Antigua, as he decided that her master s claim of a damaged mast was a falsehood designed to get him access to the harbour where the local officials would be complicit in ensuring his goods were landed. Meanwhile, with Wilfred Collingwood and the Rattler under his command, Nelson began to implement the law conversant with Hughes orders by turning vessels away from Barbados, Tortola and Nevis. Soon complaints by the bucket load were landing on the desk of the governor of the Leeward Islands, General Sir Thomas Shirley, and he decided to write to Hughes seeking guidance as to what instructions had been sent out by the Admiralty, and demanding to know why his captains were enforcing the laws so rigidly without his having first been consulted. 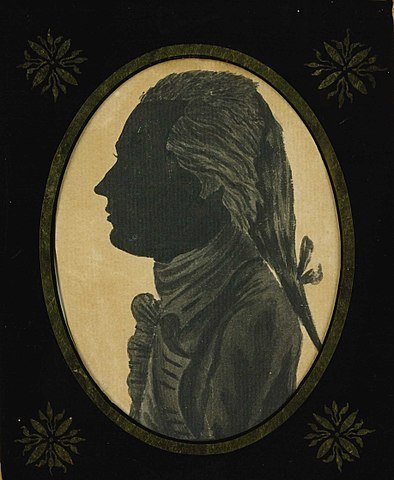 A silhouette of Collingwood in the Leeward Islands, drawn by his great friend Nelson

It was the natural instinct of the complacent Hughes to bend in the wind to suit the loudest complainant, and not wishing to upset the governor or the islanders he issued new instructions on 30 December, stating that his captains would be allowed to detain any ships that they deemed to be illicit traders, but only until further clarification had been received from the local authorities who would have the final say as to whether the ships should be turned away or accepted into port.

Nelson was at St. Kitts on 11 January when Hughes new instructions arrived, and to an officer of such strong convictions this bombshell was the ultimate outrage. He knew full well through experience how complicit the local authorities were in allowing the illicit trade, and that Hughes new orders would virtually render the Navigation Laws redundant. Unsurprisingly, a furious missive was shot off by return to the rear-admiral claiming that nobody, not even Governor Shirley, could be trusted to apply the laws correctly, but that it was his duty to do so, and furthermore he would continue to do so. One week later the calmer but equally conscientious Collingwood sent his own letter to Hughes, re-stating that it was the responsibility of naval officers to enforce the laws.

Adding fuel to the young captains fire, in the middle of January Governor Shirley wrote to Nelson expressing a wish to discuss how Hughes new orders could best be implemented. During the testy correspondence that followed Shirley declared that whilst he wished to see illegal trade stamped out, the strict implementation of the Navigation Laws would create all sorts of issues with the islanders and would be both costly and ineffective to implement. Nelson angrily reiterated his conviction that the laws should be adhered too without deviation, and when Shirley informed him that old generals such as he were not in the habit of taking advice from young gentlemen, Nelson reminded the governor that he was of a similar age to the prime minister and was equally as capable of doing his duty.

As a demonstration of his resolve, Nelson informed the customs officials on St. Kitts that from 1 May he would seize any American vessel that attempted to trade with the island, to which the Customs house responded that such a move would see him sued for damages. Matters came to a head on 2 May when Nelson seized a St. Kitts registered vessel that was nevertheless American-built, American-owned and American-crewed. Sure enough he was brought to trial, but when the court sat on 17 May the judge found in Nelson s favour.

Shortly afterwards Nelson gave four American vessels in the roads at St. Kitts notice that they should either depart in forty-eight hours or face seizure. With the Americans failing to comply, the vessels were duly seized on 23 May to the renewed outrage of the islanders. Taking a different tack, the injured parties pooled their resources and raised some four thousand pounds so that the ship owners could sue Nelson for assault and imprisonment, it being claimed that the presence of a marine sentry with a drawn sword at Nelson s cabin door had put the American masters in fear of their lives.

With a writ outstanding against him Nelson preferred to remain aboard his frigate, and all attempts to serve the writ were subverted by the diligence of his first lieutenant, James Wallis. On 25 May Hughes arrived at St. Kitts, but rather than stand behind his subordinate or demand that he obey orders, the rear-admiral did nothing other than warn Nelson that he would bring trouble down on his own head if he persisted in his course. As a sign of Hughes weakness he decided that he could not even pursue the option of bringing his senior captain to a court martial for disobedience, as all the other captains on the station, who would have formed the court, agreed with Nelson s actions.

Unsupported by his commander-in-chief, Nelson despatched further letters to the Admiralty, the Secretary of State Lord Sydney, and even the King, and these bore fruit, for just when he was coming to believe that his singular and rigid behaviour had placed his career in ruin a letter arrived in September from Lord Sydney advising that the costs of his defence at any trial would be settled by the Treasury. His conduct had thus been vindicated by the highest authorities in the land, and when in November another letter arrived congratulating Rear-Admiral Hughes and his officers in their determination to enforce the Navigation Laws it was a most pleasing, if somewhat ironic, icing on the cake.