The practice of placing the names of in absentia young gentlemen on the muster-roll of a ship in order for them to fulfil the requisite six years sea-time before sitting a lieutenant s examination had long been an unsaid tradition in the navy. It was not legal but it was so widespread that nobody had ever been taken to task for it – nobody that was until the American-born Captain Isaac Coffin of the frigate Thisbe 28, serving on the Nova Scotia station in 1788, was accused by his sailing master of having signed off muster-rolls falsely showing his nephew and two sons of Lord Dorchester to be members of the Thisbe s crew.

Two years earlier Captain Coffin had given passage out to Quebec to Lord Dorchester, who was the ennobled General Guy Carleton, and who had been appointed governor-in-chief of the remaining British North American territories following the American War of Independence. During the autumnal voyage a friendship had formed between the captain and the general, and it had resulted in the former apparently acceding to the latter s request that the absent boys be placed on the Thisbe s muster roll. Given that such powerful figures as Admirals Rodney, Parker and Montagu had so recently been able to promote their own sons to the rank of post captain before they were out of their teens, the falsifying of a boy s sea time to ensure that they could pass for the lesser rank of lieutenant without the six years experience seemed innocent by comparison. 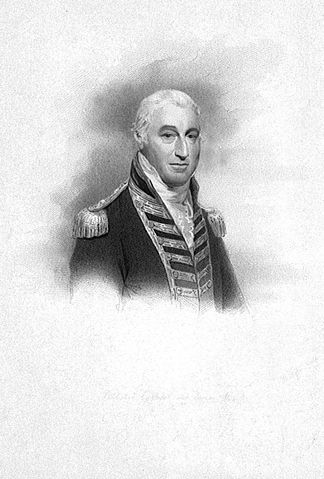 Yet this illegal practice inevitably resulted in inexperienced and incapable young men of influence achieving the rank of lieutenant prematurely, and given that Coffin had himself caused a stir six years earlier by refusing to accept three lieutenants foisted on him by Rodney in the West Indies, as they had only eleven years experience between them, it was ironic to say the least that he now faced a charge of falsifying his own musters. On that occasion Coffin had claimed that he had not known that Rodney himself had appointed the inexperienced lieutenants to his ship, yet having been tried by a court martial at Port Royal for contempt and disobedience he had been acquitted of both charges. Now the boot was on the other foot.

Even though the charge of falsifying the Thisbe s musters was brought out of pure enmity towards him by the sailing master, the proof was overwhelming and incontestable, and at his court martial aboard the Dido 28 at Halifax in May Coffin was found guilty by a court under the presidency of the alcoholic Captain Charles Sandys, and otherwise consisting of the poorly regarded Captains Sir James Barclay, Edward Buller and Paul Minchin, together with the junior but promising Commander Samuel Hood. However, as Coffin was not considered to have attempted to defraud His Majesty, and as it was known that the charge had been brought as an act of malice, the court sought the path of leniency by merely dismissing him from the Thisbe.

In this instance the court had erred, for the correct punishment under the 31st Article of War was that any person convicted of such an offence shall be cashiered and rendered incapable of further employment in His Majesty s naval service . So it was that upon Coffin s return to England the first lord of the Admiralty, Lord Howe, who was always scrupulous in upholding the Articles of War, instructed his board to implement the correct punishment for the offence, and Coffin was accordingly dismissed from the service.

Coffin decided to contest this punishment by laying his case before the King in Council, and the monarch in turn referred it to the judiciary by asking them to examine whether the judgement of the court-martial had been legal, and whether the lords commissioners of the Admiralty had the power to set aside the sentence of a court martial. Eventually in February 1790 the twelve judges reported their findings to the effect that the relevant authority should always be the court martial that tried the offender, and that it was not in the Admiralty s power to extend or indeed reverse any sentence passed by the court.

Coffin, who following his dismissal had travelled to Flanders to join the Brabant patriots fighting Austria, was restored to the service, and at the end of February 1790 he was somewhat compensated by being presented to the King by Lord Hood. The attention of the authorities now fell upon the captains who had originally tried him, and who it was felt could be held to account for their error in not dismissing him from the service in line with the Articles of War. A rumour even circulated that Lord Howe, who was by now out of office, personally asked George III to use his royal prerogative to strike the captains off the list. Wisely the king decided that it would be wrong to scapegoat all the captains without knowing their individual verdicts, and these they were bound not to divulge by oath. It was nevertheless telling that the president of the court martial, Captain Sandys, was never re-employed following his return home in 1790.