Following the execution of their King on 21 January, and in view of their designs on the Netherlands, a country that Britain wished to remain neutral, the National Convention of France declared war on Britain on 1 February. Twelve days later Britain formed an alliance termed ‘The First Coalition’ with Austria, Prussia, and Spain, who were already at war, and with the Netherlands and Sardinia. By the summer Portugal, Russia and Naples had also joined the alliance.

The French had first demonstrated their hostile intentions on 2 January when the batteries at Brest had fired on the British brig Childers after she had ventured into the roads on reconnaissance. On 2 February news arrived in London of the official French opening of hostilities, and the Admiralty under the leadership of the first lord, John Pitt, the 2nd Earl of Chatham, began undertaking their preparations for war. At this time the British had twenty-five sail of the line and forty-six frigates in home waters, with another fifty-nine and twenty-five respectively in ordinary. Additionally five small sail of the line and a dozen frigates were abroad on foreign stations. During the latter half of February the press gangs went out in force, yet by 22 May the Mediterranean fleet was still barely manned, with only eight short-handed sail of the line being able to depart for that station, whilst the Channel fleet consisting of fifteen sail of the line could not even leave port until 14 July. Nevertheless, by the end of the year eighty-five sail of the line were in commission, with some twenty to twenty-five being based in the Mediterranean and a similar number in the Channel, ten or twelve in the West Indies, and the rest acting as a reserve at Plymouth and Portsmouth. 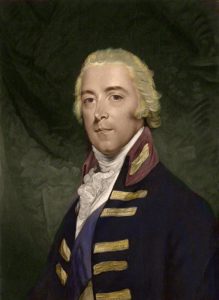 At the commencement of the war France had eighty-five sail of the line in commission or laid up in ordinary, most of which were in their four main ports of Brest, Lorient, Rochefort, and Toulon, and although she had fewer overseas possessions to protect she was building more ships in an attempt to gain an hegemony over the old enemy; indeed, such had been the French intent to enhance their Navy that it had been held as one of the prime causes of the country’s financial problems and subsequent revolution. However, what the French really lacked in the early stage of the war was a corps of experienced fleet commanders, for along with Queen Marie Antoinette, who would be executed in October, many of their senior aristocratic officers would meet the guillotine, suffer imprisonment, or be expelled during the Reign of Terror and consequently the likes of Admirals Charles Henri Jean-Baptiste, the Comte d’Estaing, who would be executed in July 1794, and Louis Antoine the Comte de Bougainville, who at least managed to escape the ‘Terror’, were not to be encountered again, and neither were François Joseph Paul, the Comte de Grasse, Pierre André, Louis-Urbain de Bouënic, the Comte de Guichen, Toussaint Guillaume La Motte-Picquet, and the Pierre André Balli de Suffren, all of whom had died during the peace. In their place, sixteen captains were promoted to flag rank at the start of 1793, and all of these at least had experience of the American Revolutionary War, with half of them having also served in the Seven Years’ War.

The main concern for the French government in the early days of the war was to bring home their convoys, and to that purpose they had to send elements of the Brest fleet out to sea. In doing so they sought to evade contact with the Channel Fleet, commanded by Admiral Lord Howe, who in turn was happy to pursue the system of open blockade which had been successful for him in the previous war, and which preserved his ships. Yet in cruising at sea from July to August, and later from October-December, Howe was thwarted by the weather, ill-luck and proficient French seamanship from taking any enemy capital ships, much to his frustration and that of the public.

A similar disappointment attended Vice-Admiral Lord Hood’s command in the Mediterranean, for having been invited by the French Royalists to occupy the excellent port of Toulon in August, he was forced to evacuate it in December, and an attempt to destroy the French fleet there was only partially successful as a consequence of strained relations with his Spanish allies. Concurrently, an attempt to liberate Corsica from the French by Commodore Robert Linzee ended in failure with his unsuccessful attack on Forneilli, San Fiorenzo on 1 October, and even a cunning plan devised by Hood to enable the detention of all French shipping in neutral Tunis and Tripoli during July was thwarted by the innocent best intentions of Captain George Lumsdaine, who ended up facing a court-martial as a consequence.

In the Leeward Islands Britain attempted to work with the French Royalists to take their possessions from the zealous republicans, but although Vice-Admiral Sir John Laforey captured Tobago his successor, Rear-Admiral Alan Gardner, who sailed out in March, was less successful when acting in concert with the royalists of Martinique, and was obliged to evacuate that island. His force being insufficient to launch any further attacks on the French islands, and his leadership proving to be surprisingly uninspiring, Gardner returned to England. Meanwhile the officers and crew of the Hyaena 24 found themselves in great peril after being put ashore on Saint-Domingue amidst a slave rebellion following their capture by the French frigate Concorde on 27 May, whilst the commander-in-chief on the Jamaican station, Commodore John Ford, later occupied parts of Saint-Domingue on 23 September at the request of the beleaguered white plantation owners.

The one station that did see a successful campaign was that of the East Indies, where after bloodlessly effecting the capture of all but one of the major French ports in India, Commodore Hon. William Cornwallis took Pondicherry with the army following a siege on 23 August, enabling him to return to England and leave a solitary sloop to patrol those waters.

In ship to ship combat there were stunning frigate victories for Captains Edward Pellew of the Nymphe on 19 June, and James Saumarez of the Crescent on 20 October, earning both officers a knighthood. Any complacent thoughts of a British dominance over their enemy at this point were dispelled however with Captain Faulknor of the Venus being less successful in an action with the Sémillante on 27 May, whilst Captain George Courtenay of the Boston lost his life in an inconclusive action with the Embuscade on 31 July, and Captain James Cotes of the Thames lost his ship on 24 October when cornered by four French frigates after an inconclusive but destructive action with one of their compatriots.

On a happier note, at least for the individuals involved, Rear-Admiral John Gell’s squadron of four sail of the line and a frigate had the immense good fortune to capture the French privateer General Dumourier and her prize, the Spanish register ship St. Jago, on 14 April, earning unimaginable riches for their officers and crews.