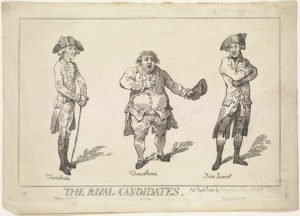 In 1784 hostilities with the Netherlands finally ceased. Although Ceylon was returned to the Dutch her trade had suffered greatly from the British blockade, and such was the damage to the Dutch East India Company that it would only survive for another year.

Even though it was not at war the navy and its officers still made news. On 17 May Rear-Admiral Lord Hood opposed the greatest politician of his age, Charles James Fox, in the notorious and violent Westminster election. A number of other naval officers also entered the House of Commons for the first time, to include Admirals Alexander Hood and Sir Peter Parker, Commodore Hon. John Leveson-Gower, and Captains Sir Edmund Affleck, Sir George Collier, Hon. William Cornwallis, Robert Kingsmill, Robert Fanshawe, Francis Reynolds, Sir Thomas Rich, Hon. Hugh Seymour Conway, Sir Charles Middleton, George Bowyer, John MacBride, and Charles Nugent.

In June many of the ships that had fought the East India campaign finally returned home after their long voyage around the Cape. Also returning home following the Treaty of Mangalore between the East India Company and its Indian adversary, Tippo Sahib, was Lieutenant William Carthew, late of the Hannibal 50, who along with other officers and crew had suffered a barbarous imprisonment after being handed over to the natives by Commodore Pierre Andr de Suffren. Otherwise it was a very quiet year for the navy, with those officers who were fortunate enough to enjoy interest managing to obtain employment in guardships at the major ports at home, or if they were extremely lucky commissions with the reduced squadrons in the British possessions abroad.