During 1775 the American colonies had began turning from civil disobedience to armed rebellion in order to achieve their desire for free right of settlement, abolition of punitive taxes and the removal of restrictions on trade. In Britain political attitudes to the dispute varied. Many of the senior naval officers felt that the Americans had a just cause and refused to serve against them. Others were outraged that any colonials could consider rebellion a mere twelve years after the British had fought to protect them from the French, and felt that the taxes were justified in order to restore the public finances following that war. The Government, effectively presided over by King George III, and with the skilled politician but poor war leader Lord North as prime minister and the experienced Earl of Sandwich at the Admiralty, determined to either negotiate a settlement in their favour or wage outright war. 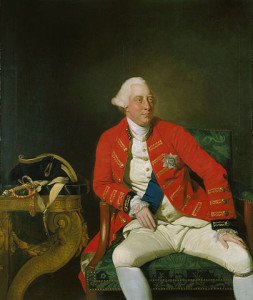 To this end Vice-Admiral Viscount Howe was appointed naval commander-in-chief in North America in February, and on 3 May was nominated a peace commissioner with his brother, General Sir William Howe. Although Sandwich and the unpopular secretary of the state for the colonies, Lord George Germain, instructed them to destroy the rebel American commerce and seize their major cities, the Howes viewed the peace negotiations as more important. In doing so they lost the initiative to the belligerent Americans who proclaimed their independence on 4 July 1776, eight days before the admiral arrived at New York to take up his command. An early, albeit relatively minor example of the colonists conviction came with the capture in March and the subsequent ruthless imprisonment and determined pursuit of Josias Rogers, a young officer from the Roebuck.

Having been obliged to abandon Boston in March, General Howe and Vice-Admiral Molyneux Shuldham retired to Nova Scotia before sailing south and commencing the New York campaign by landing the army on Staten Island on 3 July. Nine days later Viscount Howe arrived, and after a period of protracted but fruitless negotiation the two brothers put an end to the peace process by launching an attack on Long Island. Subsequently the rebel forces under General George Washington were defeated at Brooklyn, and the city of New York and territory of New Jersey were captured. Thereafter the greatest disquiet for the British forces around New York came on 6 September with an ingenious, if ultimately unsuccessful, submersible attack by David Bushnell’s ‘Turtle’ on Lord Howe s flagship, the Eagle 64. 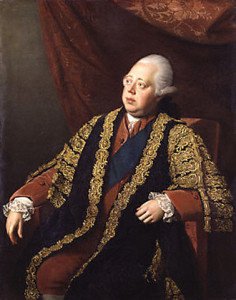 Meanwhile on 6 May the Navy commenced the relief of Quebec, which had been besieged by a rebel army under the command of the American adventurer Benedict Arnold. The latter then proved obdurate on 11-12 October when the naval battle of Lake Champlain allowed him to delay the advance south from Canada of British forces under Major-General Sir Guy Carleton. On 28 June Commodore Sir Peter Parker and Lieutenant-General Sir Henry Clinton launched an unsuccessful attack on Charleston, the major port in the southern colonies, being repulsed with heavy casualties in a bloody debacle. Better fortune attended them on 8 December when they were able to accomplish the occupation of Rhode Island without opposition.

The British fleet in North America at this time was small in number and unable to significantly influence the course of the war. This weak deployment illustrated the Government s cost-consciousness, its underestimation of the strength of their rebel colonies marine, and its desire to maintain the larger men of war in commission in Europe in the possible event of France and Spain being drawn into the conflict. Already the mischievous French were allowing American privateers to be replenished in their ports and greater numbers of these began appearing in European waters during the summer. On 3 May the Duc de Chartres did put to sea with the Toulon fleet, resulting the Earl of Sandwich desperate lobbying the cabinet to release more guardships for duty. His greatest success in this respect came on 29 October, when following a Hot Press the night before, twenty-seven guardships joined the active fleet. In the event however the Navy s major concern, that of the French Brest fleet entering the theatre of war, was not realised, and despite many warnings to the contrary it remained in port throughout the year.